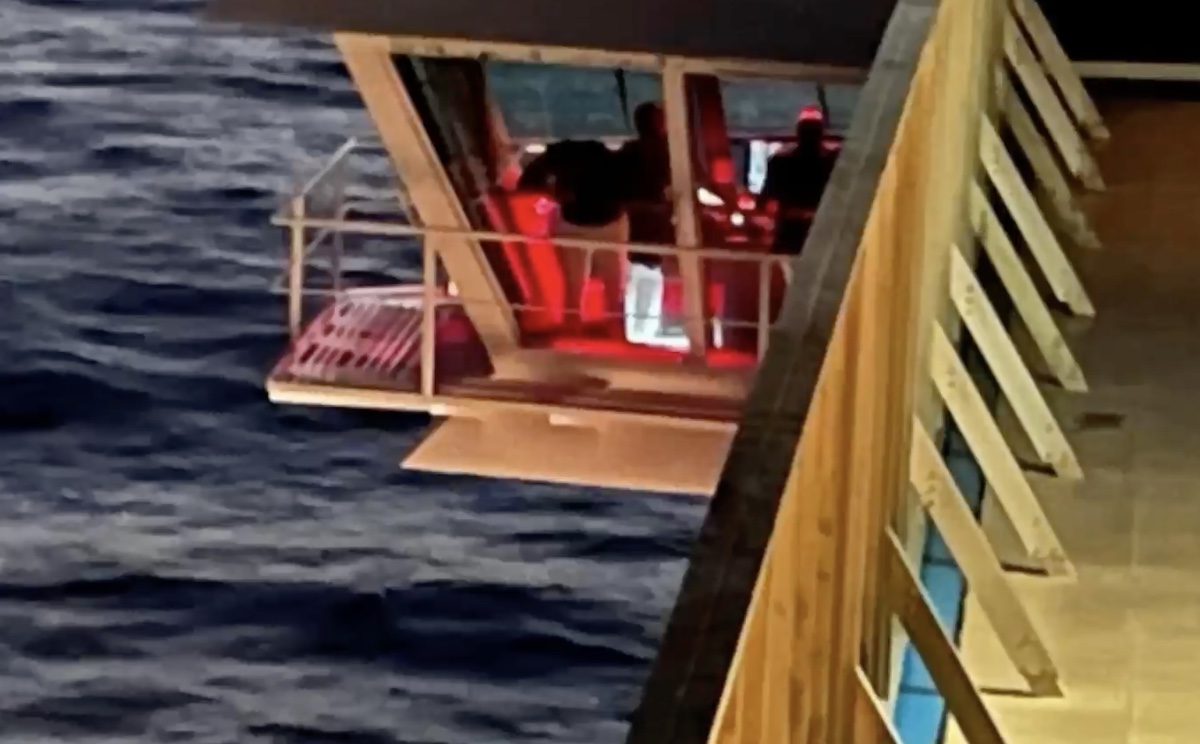 A woman plunged into the Pacific Ocean from a cruise ship balcony off the coast of Mexico early Saturday.

The U.S. Coast Guard said the incident, which was caught on security video, happened just after 3 a.m., KNBC reported.

A passenger, Josh Zufelt, told the network the Carnival Miracle came to a stop at about 3:30 a.m., and the crew dropped a life boat into the water.

Carnival Cruise Line said the Miracle assisted with the search and was then released to continue to Ensenada, Mexico, and returned to Long Beach, California, Sunday morning as scheduled, KABC reported. FBI agents waited on dock to assist in the investigation.

Carnival said the woman, who was in her 20s, fell from the balcony of her stateroom.

“Our thoughts are with the guest and her family, and our Care Team is providing support,” Carnival’s statement said.

FINAL UPDATE: After 31+ hours of searching, #USCG assets are standing down pending additional information. USCG conducted first light searches this morning off the coast of Ensenada, Mexico with negative results. USCG assets are transiting back to U.S. waters.

British tabloids quoted an anonymous passenger saying there was “suspicion of foul play,” but no one official confirmed those suspicions.

The passenger has not yet been identified.