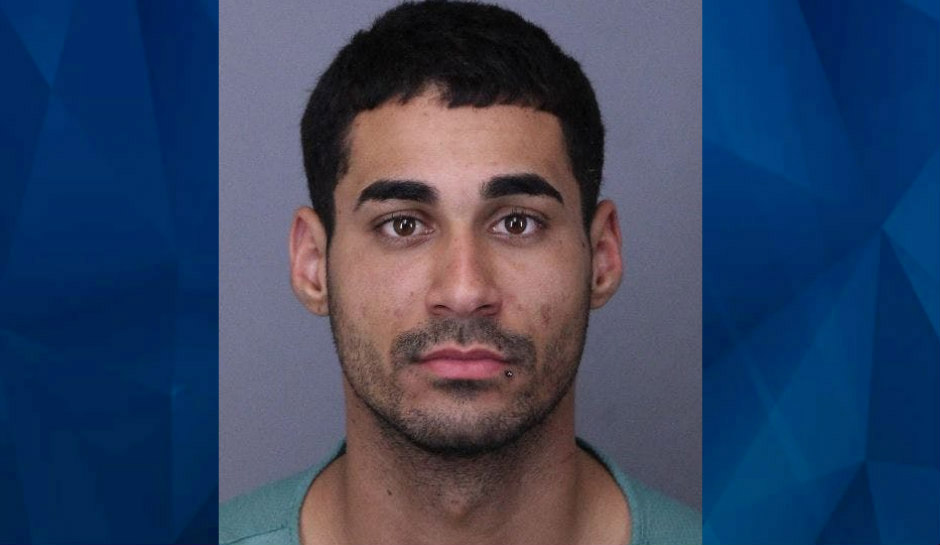 A semi-truck driver has been sentenced to 110 years in prison after he was convicted of causing a massive crash that killed four people, even though he says his brakes failed and he did not intend to hurt anyone, KMGH-TV reports.

In court on Monday, 26-year-old Rogel Aguilera-Mederos pleaded with the judge for mercy.

On April 25, 2019, Aguilera-Mederos was driving a big rig on I-70 in Lakewood, Colorado, when he barreled into two dozen vehicles during rush hour. The collision resulted in a massive explosion.

Authorities say Aguilera-Mederos was traveling around 85 miles per hour and before the crash had been swerving along the roadway, cutting off other drivers.

Extraordinary images of the scene show smoldering debris and wreckage in what one police official described as “one of the worst accidents” in the community, Fox News reports.

Six others were injured.

On Friday, Rogel Aguilera-Mederos was found guilty of the most serious charges he faced for his actions in an April 2019 crash on I-70, in which he crashed his semi into stopped traffic in Lakewood, killing four. His sentencing hearing is this afternoon. https://t.co/YI1DwvhUyq pic.twitter.com/p37TQT8yva

Aguilera-Mederos asserted that the truck’s brakes had failed before the crash and that he lost control of the vehicle. However, the government contended that he could have tried to avoid the crash, such as using a runaway truck ramp.

Aguilera-Mederos’ defense lawyer argued that his client may have been acting negligently, but he did not intend to cause anyone harm.

In October, jurors convicted Aguilera-Mederos of 27 charges, including vehicular homicide, vehicular assault, reckless driving, and careless driving causing death. The jury found him not guilty on 15 other charges.

Aguilera-Mederos told judge A. Bruce Jones that he knows he is responsible for the crash, but that his actions were not malicious.

“This was a terrible accident, I know,” Aguilera-Mederos told Jones, according to KMGH-TV. “I take the responsibility, but it was an accident.

“I have never thought about hurting anyone in my entire life and Jesus Christ, he knows that; he knows my heart. I am not a criminal, I am not a murderer.”

Aguilera-Mederos said he had tried to avert traffic and did not flee the scene because he has respect for the law. He added, “I want to say sorry, sorry for the loss, sorry for the people injured. I ask . . . God many times why them and not me.”

Family members of those killed also spoke at the sentencing hearing.

“It’s been difficult, sometimes it feels like being half a person,” Kathleen Harrison, whose husband Doyle Harrison died in the crash, told the court, according to KCNC-TV.

“If I had the discretion it would not be my sentence,” Jones said, according to KCNC-TV.