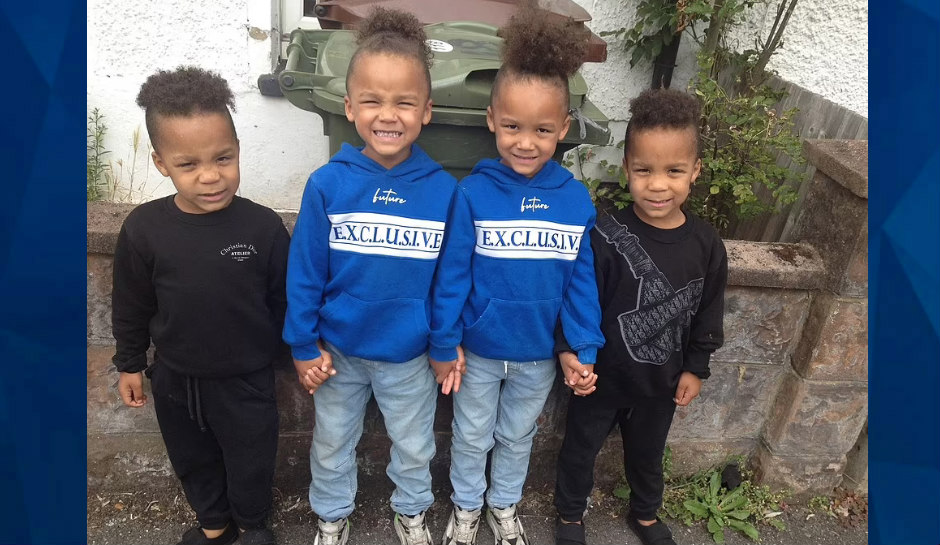 A 27-year-old British mother has been charged with suspicion of child neglect after four siblings were left home alone when a house fire broke out.

According to the Independent, the incident happened a little before 7 p.m. on Thursday at a home in Sutton, which is south of London. Two sets of twins lost their lives in the fire. They’ve been identified as Kyson, Bryson, Leyton, and Logan.

“I can confirm that they are two sets of twins, ages four and ages three,” Mills said. “On arrival, there were four children in the house.”

My thoughts and prayers are with the families and loved ones of the four young children who tragically lost their lives in the fire in Sutton yesterday. I am being kept updated by the emergency services and I would like to thank them for their work in such sad circumstances 🙏🏽

Officials said the children were treated at the scene, then rushed to the hospital where all four were pronounced dead.

“We had a whole range of our resources there to try and do everything we could to save the children,” London Ambulance Service’s Brian Jordan told BBC Breakfast. “All of our crews are trained to deal with situations like this, but these kinds of situations will obviously be affecting them very hard.”

The children’s mother, who hasn’t been identified publicly, was arrested for child neglect after allegedly leaving the children at home alone. She remains in police custody, according to BBC.

Neighbors described the children as “happy, bubbly, and clever.” One neighbor told the Independent that her child went to school with the boys, who played at a park close to her home.

“I grew up on the same street where the boys lived and my kid went to their school. The boys were always happy, always bubbly, they used to play in the playground right around the corner. The fire has shocked everyone.”

The cause of the fire is still being investigated, according to police.