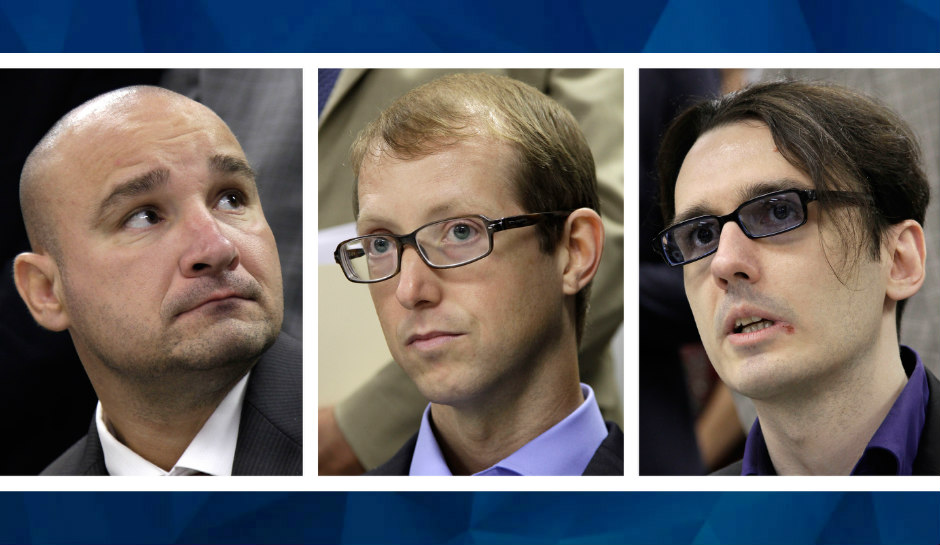 The lawyer for Damien Echols has found lost evidence in the case against the “West Memphis Three,” three men who were teens when they were convicted of murder.

Echols, along with friends Jason Baldwin and Jesse Misskelly, was convicted of murder in 1994, in connection with the 1993 murders of three young boys in West Memphis, Arkansas, identified as Chris Byers, Michael Moore, and Steven Branch.

Misskelly, who has a low IQ, reportedly gave detectives a false confession which helped a jury convict the three of murder. Misskelly later recanted and claimed he was tired, ready to go home, and said what the detectives wanted him to say.

In 2011, the defendants were released from prison by accepting an Alford Plea, which allowed them to maintain their innocence get out of prison, However, the plea but didn’t clear their convictions and all three men still have a murder charge on their record, despite their release from prison.

According to the Arkansas Times, Echols’ lawyer, Patrick Benca, reviewed evidence this week that was thought to have been lost. The West Memphis Police Department and other officials are being accused of stonewalling the release of the evidence for around 18 months and informing Echols’ team that the evidence was lost or destroyed.

1st look at evidence in #WestMemphis3 murder case that once put @DamienEchols on death row. @LonnieSoury says acting prosecutor said in 2011 it was destroyed by fire, but was in police evidence room since 1993. Pristine condition, even catalogued. More @10 on @ActionNews5. #WM3 pic.twitter.com/wUk3NB3QbQ

The group also stated that Echols submitted a FOIA request over 18 months ago, but the request went unanswered, which is a “violation of Arkansas state law.” Echols ultimately ended filing a lawsuit against the police department.

According to Fox 13 Memphis, Benca said the evidence was intact and they plan to “move ahead and test this evidence using the latest DNA technology available to hopefully identify the real killer(s) of the three children in 1993, and exonerate Damien Echols, Jason Baldwin and Jesse Misskelley.”

The process will likely take months since Echols’ legal team plans to do DNA testing on the evidence.

[Feature Photo via AP/In this combo of file photos, Jessie Misskelley, Jr., James Baldwin, and Damien Echols listen to reporters’ questions at the Craighead County Court House in Jonesboro, Ark., Friday, Aug. 19, 2011. The defendants, known by their supporters as the West Memphis 3, who were arrested in June 1993 and later convicted in the slayings of three Cub Scouts were set free Friday, nearly two decades after they were sent to prison in a case so gruesome it raised suspicions the children had been sacrificed in a Satanic ritual. The three were permitted to plead guilty to murder in exchange for time served, ending a long-running legal battle that had raised questions about DNA and key witnesses. ]