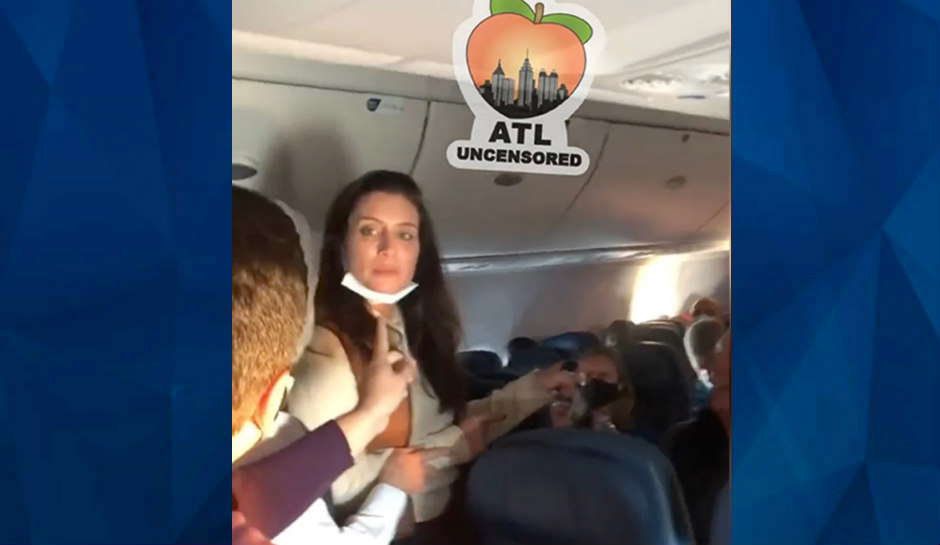 A Delta flight passenger was arrested by the FBI after reportedly causing a chaotic scene aboard a flight last week.

According to the Atlanta Police Department, Patricia Cornwall was detained after allegedly attacking a man for not wearing a mask during a Thursday flight from Tampa to Atlanta.

At some point, Cornwall became upset when the male passenger took his face mask off to eat. Cornwall told the man to put his mask on while he explained he was still eating. The exchange became heated afterward.

As the confrontation continued, Cornwall appeared to become more upset when the male passenger called her a derogatory name. In a video uploaded by ATL Uncensored on Twitter, Cornwall is seen smacking the man across the face.

As staff members tried to diffuse the situation, Cornwall spat on the passenger as she was being led to the back of the plane.

TMZ reports that Atlanta police were waiting on Cornwall as the plane landed. She was taken into custody but her exact charges remain unclear. FBI agents reportedly arrested her after police took her to a local station.

Cornwall didn’t have her own mask during the entire ordeal.