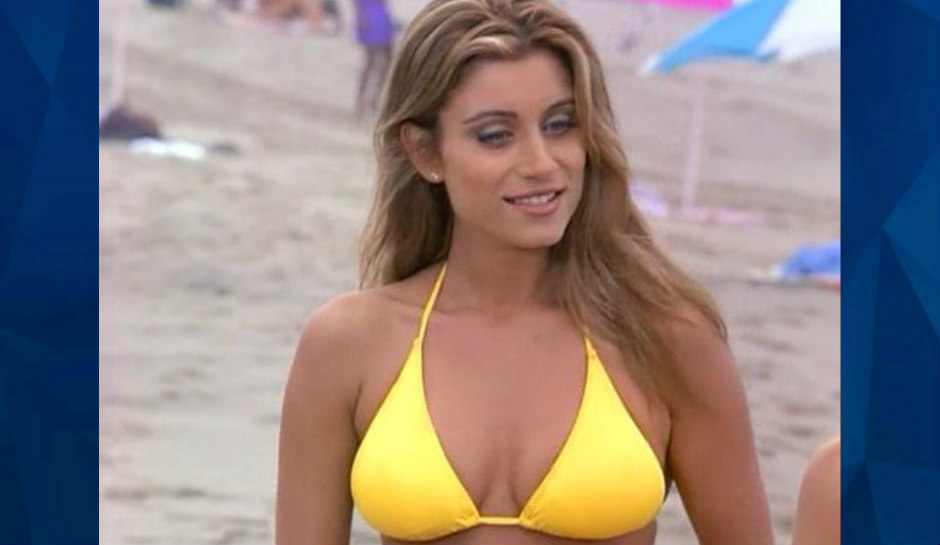 A former NFL cheerleader on a Tampa to Atlanta Delta flight last week took issue when a beverage cart blocked her way, eventually getting into a physical scrap that injured flight attendants and passengers. The same woman has now been identified as a former “Baywatch” actress.

CrimeOnline previously reported about the incident, but that was before TMZ obtained documents revealing that the incident began when Cornwall, reportedly now a luxury realtor, was returning from the restroom at the back of the plane and encountered the beverage cart.

The flight attendant told Cornwall to find an empty seat and wait until the cart passed her by because the flight was of short duration.

“What am I, Rosa Parks?” Cornwall allegedly retorted, prompting an 80-year-old man, identified in court documents as R.S.M., to tell her she “isn’t Black, this isn’t Alabama, and this isn’t a bus.”

Cornwall snarled at the passenger because he wasn’t wearing a mask. Cornwall told him to put his mask on while he explained he was still eating. The exchange became heated afterward.

A shouting match ensued that apparently included Cornwall hitting R.S.M. in the head with a closed fist. Cornwall is also seen in the video shot by a passenger getting into the man’s face and spitting on him as they yell at each other about not wearing facemasks. Cornwall had her facemask lowered to her chin at the time of the incident.

In a video uploaded by ATL Uncensored on Twitter, Cornwall is seen smacking the man across the face.

As staff members tried to diffuse the situation, Cornwall spat on the passenger as she was being led to the back of the plane.

TMZ reports that Atlanta police were waiting on Cornwall as the plane landed. She was taken into custody. FBI agents reportedly arrested her after police took her to a local station.

Cornwall has since bailed out of jail. A judge told her she was allowed to take a flight to Los Angeles only, where she currently lives.