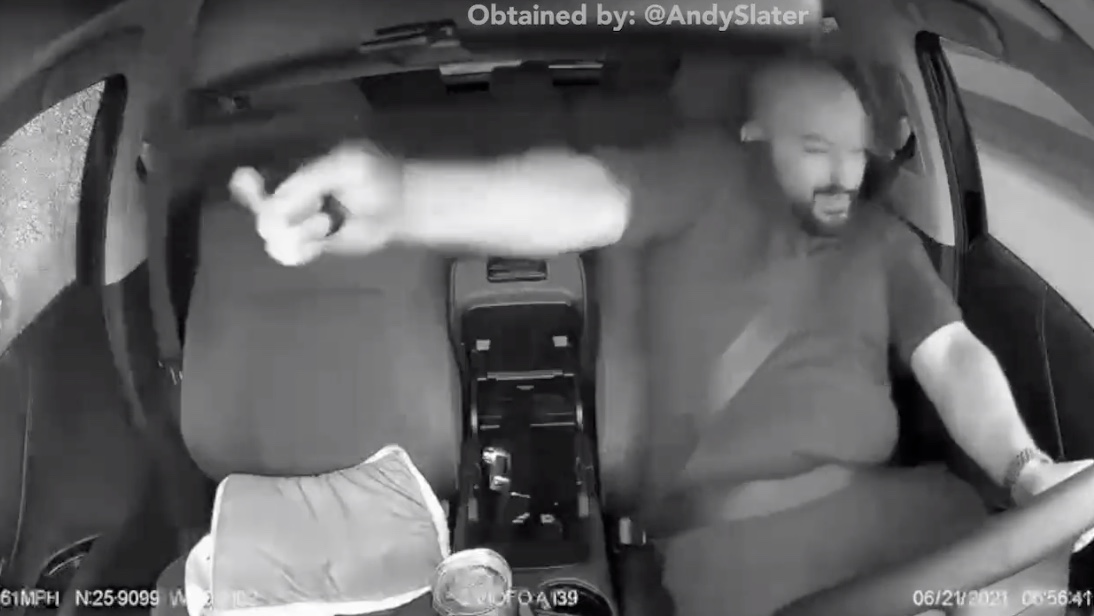 A Florida man is facing multiple charges after a road rage incident last summer in which his own dash cam caught him aimlessly firing nearly a dozen shots at another driver.

Florida talk show hose Andy Slater obtained the video, which shows Eric Popper, 30, take a gun out of his center console and wait until the other driver pulls along side him. Then he haphazardly opens fire through his own car windows, firing 11 shots, several with his eyes apparently closed.

The Florida Highway Patrol said the Popper opened fire because he thought the other driver shot first, WPLG reported.

The shooter seen here was arrested and is awaiting trial. He told cops the other driver fired first.

In truth, the other driver, who has not been named, threw a water bottle at Popper’s car after Popper cut him off on busy Interstate 95 on just before 7 a.m. on June 21, 2021. The other driver, who did not have a weapon, honked his horn, prompting Popper to shout, “Oh, f*** off” and then slam on his brakes.

Investigators said that the other driver briefly tailgated Popper, making obscene gestures out his window as Popper fumbles with his center console to retrieve his gun. Then he waits for the other driver to pull alongside him and begins firing, first out his passenger window then out the front windshield. The other driver was not hit, but his car was.

Both drivers pulled over a short time later and called 911.

The state highway patrol investigated — Popper voluntarily handed over his dash cam video for the investigation — and charged Popper with several counts, including aggravated assault with a firearm. He turned himself in to authorities on July 21 and later bonded out. His next hearing is scheduled for April 28, according to court records.

Popper was a civilian fire inspector for the city of Miami Beach but resigned shortly after the road rage incident, WPLG reported.