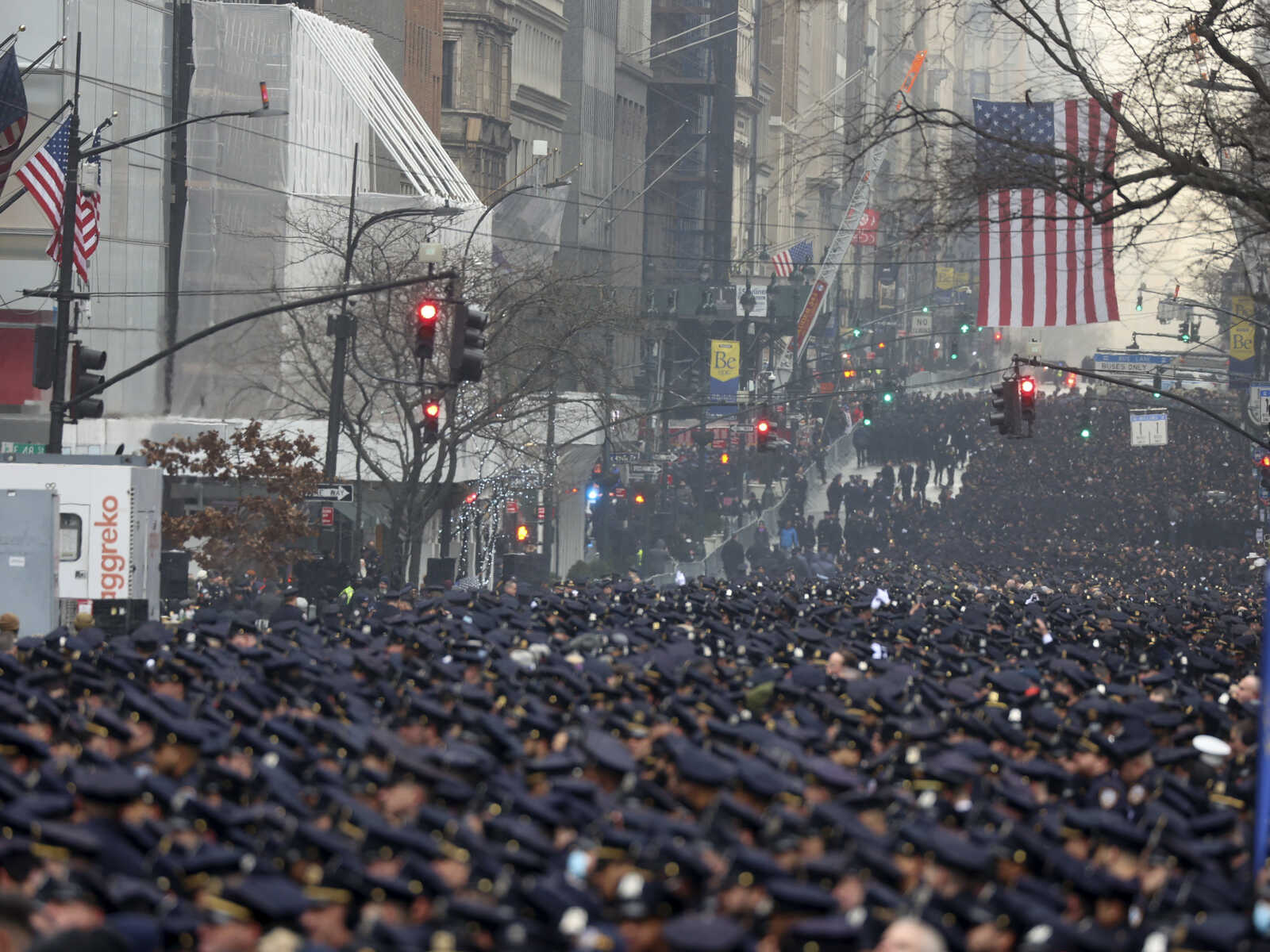 A woman in New York City no longer has a job after she complained on social media about street closures for the funeral of a slain NYPD officer, the New York Post reports.

On Friday, Jacqueline Guzman posted a video on TikTok of herself walking down a street that was barricaded for the funeral of 22-year-old officer Jason Rivera.

“We do not need to shut down most of Lower Manhattan because one cop died for probably doing his job incorrectly. They kill people who are under 22 every single day for no good reason and we don’t shut down the city for them,” Guzman said in the video.

After the video went viral, Guzman’s employer, Face to Face Films, issued a statement stating that she was no longer employed by the company.

“Face to Face Films has just been made aware of an insensitive video involving one of our members, Jacqueline Guzman. Face to Face Films does not support nor can condone these comments made about fallen Officer Rivera. As a result, she is no longer a member of our company,” the company said in a post on Facebook.

Guzman’s biography on the company’s website described her as “a Cuban American actress based in NYC, originally from Hialeah, Florida.” The bio was later removed from the site, the Post reports.

Since the backlash arose, Guzman has reportedly scrubbed her social media accounts, according to the Post. She did not return a call from the newspaper seeking comment.

Guzman deleted the video but it was recorded by others and was still available online Sunday.

Police Benevolent Association President Patrick Lynch told the newspaper: “New Yorkers turned out by the thousands yesterday to help us honor our fallen brother. One person spreading hate cannot erase that. This kind of garbage has polluted the conversation for far too long. We need the New Yorkers who are standing with us to speak up and push back.”

Rivera died earlier this month after Lashawn McNeil, 47, opened fire on him and fellow officer Wilbert Mora, 27, at an apartment in the Bronx. Mora also died.

[Featured Image: New York Police officers gather along Fifth Avenue for the funeral of Officer Jason Rivera, Friday, Jan. 28, 2022, outside St. Patrick’s Cathedral in New York. Rivera and his partner, Officer Wilbert Mora, were fatally wounded when a gunman ambushed them in an apartment as they responded to a family dispute last week. (AP Photo/Yuki Iwamura)]