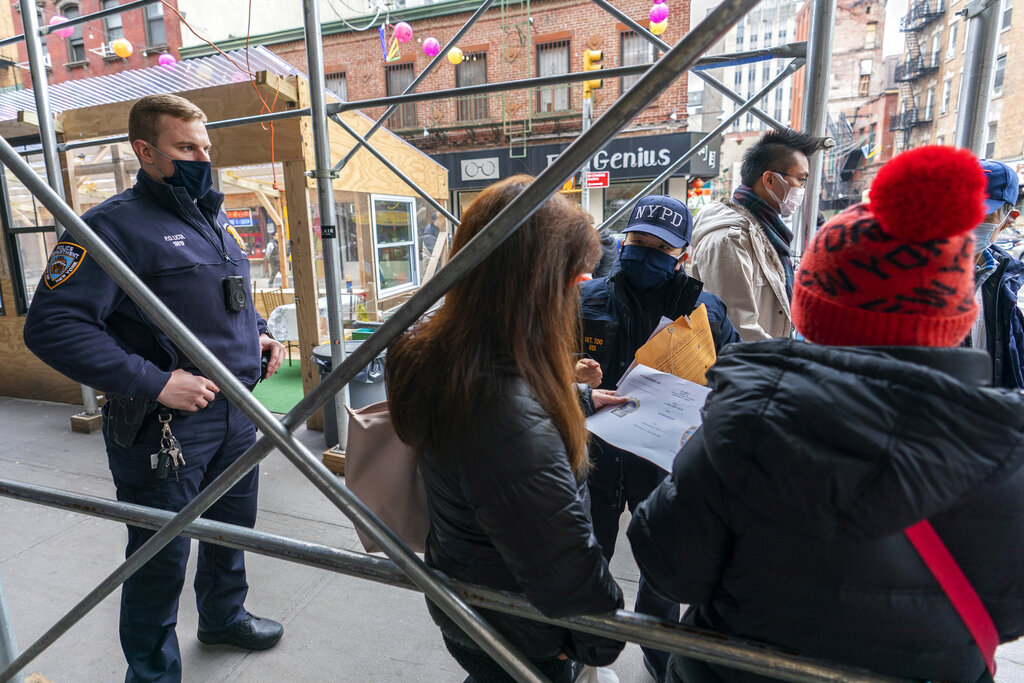 Woman Stabbed to Death by Suspect Who Followed Her into Building, ‘Mercilessly Stalked’ Her

A Manhattan woman was found stabbed to death on Sunday and the suspect in custody is accused of following her into her apartment building after the victim got out of a taxi.

As NBC News 4 reports, 35-year-old Christina Yuna Lee arrived home to her apartment on Christie Street in Manhattan early Sunday morning after a Saturday night out. The suspect allegedly slipped into the building behind her, possibly unnoticed, and followed her up six flights of stairs. Neighbors heard Lee screaming at around 4:30 a.m. Sunday and called 911.

When police arrived, the suspect barricaded the officers’ access to Lee’s apartment, according to ABC 7. The NYPD’s Emergency Service Unit ultimately gained access to the unit by knocking down a steel door, NBC 4 News reports. Inside, officers found Lee fatally stabbed in her bathtub.

Lee reportedly had multiple stab wounds, and the suspect, Assamad Nash, was covered in blood. Nash, 25, was taken into custody at the scene, after trying to flee via the building’s fire escape. There is no indication the suspect and victim knew each other. Charges are pending against Nash, who has a signicficant history of arrests, most recently less than a month ago. It is unclear why Nash was arrested in January or whether he was out on bail at the time of Lee’s murder.

According to unconfirmed reports, Lee was a Korean-American digital producer and a graduate of Rutgers University.

Christina Yuna Lee was a digital producer @splice. She was 35 y.o. Korean-American and a graduate of @RutgersU. She lived in a 6 story walk-up in Chinatown. On Sunday morning, a stranger followed her home and murdered her. May she find rest. May her family & friends find comfort. pic.twitter.com/DIPQiFB1nL

Lee’s landlord, Brian Chin, expressed his shock and anger over the senseless killing.

“She opened the door and he just slipped in right behind her. She never even knew he was there,” Chin told NBC News 4. “She walked up six flights of stairs and this man mercilessly stalked her.”

Chin insisted that his building is secure

“She did nothing wrong — she entered, and he followed her,” Chin said. “I’m angry, I’m devastated for this woman and her family, devastated, heartbroken for everyone in the building.”

The investigation is ongoing and it is not yet known if the suspect will be charge with a hate crime. CrimeOnline will provide further updates when more information is available.