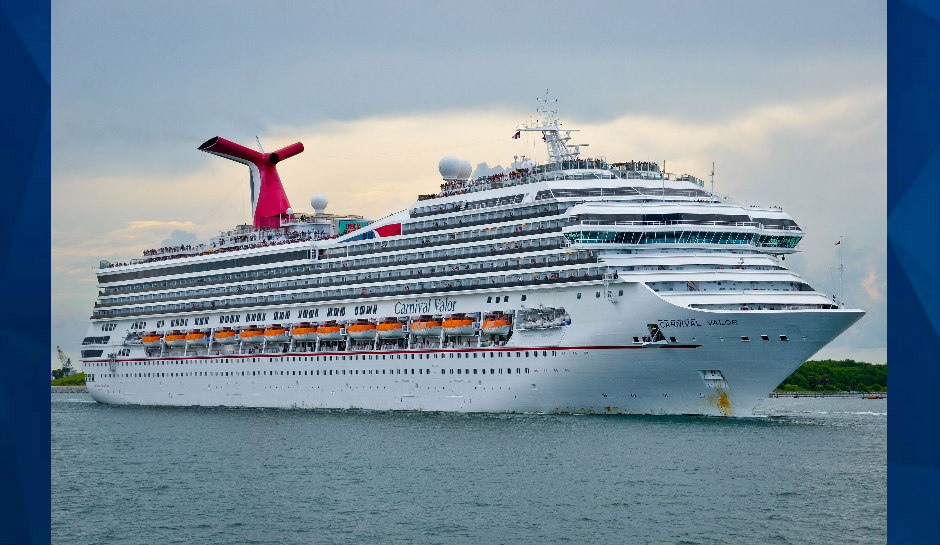 The U.S. Coast Guard is currently searching for a Louisiana woman who reportedly jumped overboard Wednesday while on a cruise ship excursion.

According to WAFB, the incident happened on a Carnival Valor cruise ship at a little after 2 p.m. Wednesday afternoon. A witness aboard the ship told the outlet that something happened in a hot tub on the 10th floor before a Baton Rouge woman, whose name has not been released, jumped overboard.

“Security got her out of the hot tub. Whenever they got to take her into custody, apparently she was upset and went over the rail. And, that was at about 2:30,” passenger Kim Barnette told the outlet.

Another passenger, Darrell Morris, reportedly said, “apparently, she was handcuffed” before she jumped over the ship’s railing. Barnette added that the woman hit her head on a lifeboat after she jumped.

“There are some lifeboats there that apparently she hit on the way down. Which when it hit, it was pretty loud, and of course, there was a disturbance here on the ship, which made me go on my balcony on deck 7,” Barnette said.

Life ring off the stern of Carnival Valor after man over board in middle of the Gulf of Mexico pic.twitter.com/4HdAjMzjt8

Police, Carnival Cruise Lines, and the U.S. Coast Guard have not confirmed the passengers’ statements, but did confirm that they’re searching for a woman who went overboard in the Gulf of Mexico, Cruise Hive reports. It happened about 150 miles offshore, while the ship was in the South West Pass in Louisiana.

“Watchstanders at Coast Guard Sector New Orleans received a call at approximately 3 p.m., Wednesday reporting a passenger on the Carnival Valor cruise ship had fallen overboard. The watchstanders directed the launch of rescue crews to begin searching,” the Coast Guard said in a statement.