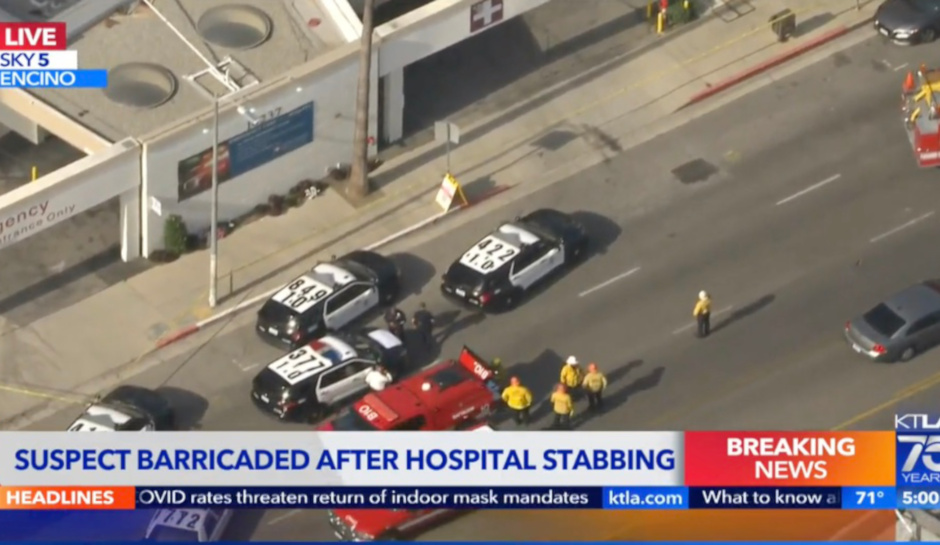 Update 9:15 p.m. ET: The Los Angeles Times reported that the suspect was still barricaded in a room in the hospital and that a SWAT team entered just before 5:30 p.m.

Update 8:48 p.m.: Los Angeles police confirm that two nurses and a doctor were injured in the stabbing attack.

UPDATE: Two nurses and a doctor were injured during the incident and are receiving medical treatment at this time.

Three people are in critical condition after a stabbing attack Friday afternoon at a California hospital.

The attacker was barricaded inside the hospital for a little more than a hour but was taken into custody at about 5 p.m., a hospital spokesperson said, but police have not verified that information.

KCBS reported that the victims were two nurses and a doctor.

The three victims were taken to a nearby trauma center.

At least two of the victims were medical staff, KTLA reported.

No other information was available.