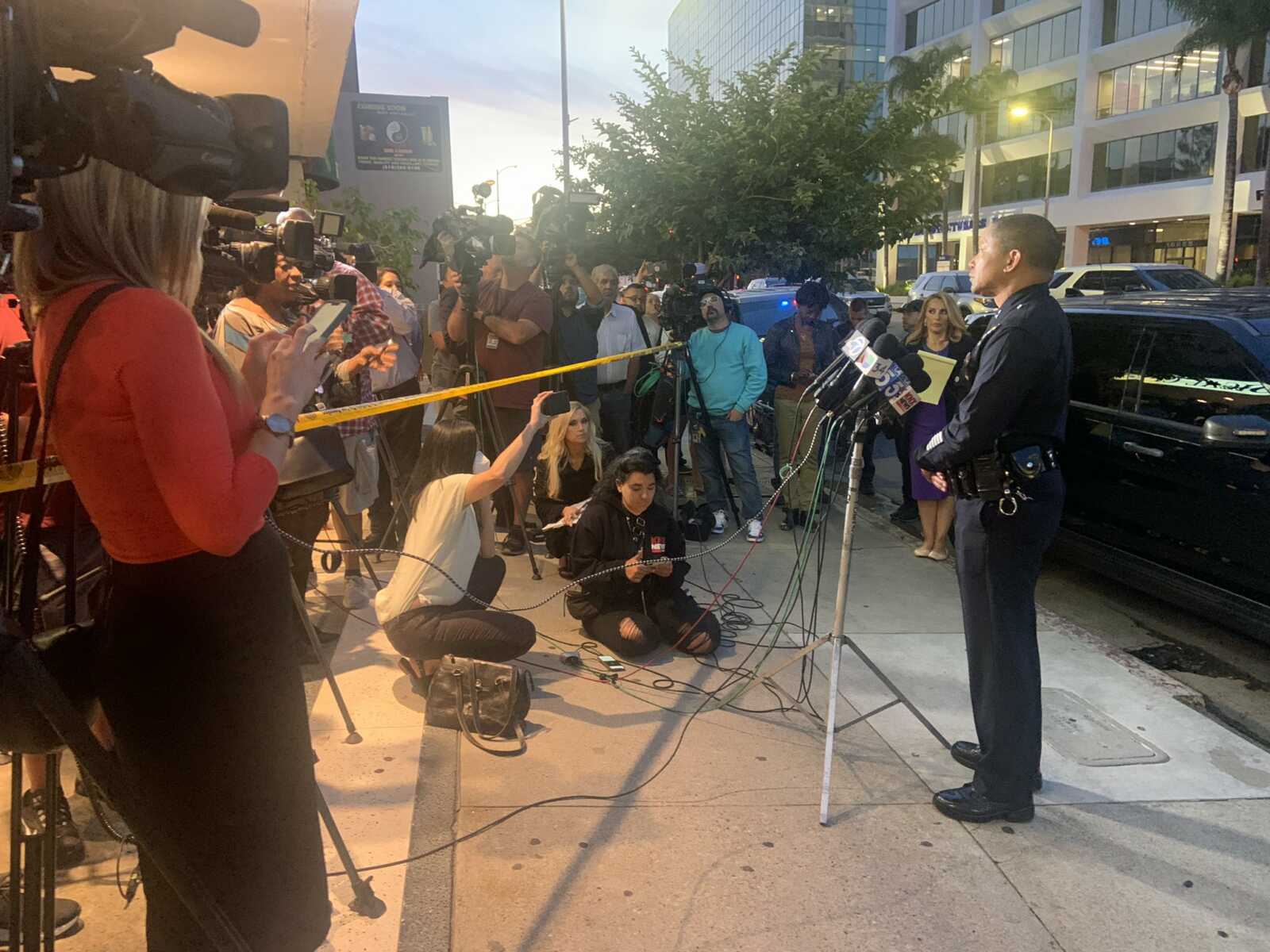 A man who stabbed a doctor and two nurses at a California medical facility has been detained after an hours-long standoff.

Around 3:50 p.m. Friday, the suspect walked into the Encino Hospital Medical Center in Los Angeles, as CrimeOnline previously reported.

According to KABC-TV, he parked his car in the middle of Ventura Boulevard before walking in.

Shortly thereafter, the man allegedly began stabbing people in the emergency room using a 3- to 4-inch knife. He struck one doctor and two nurses.

Two dentists who were leaving their office around 4 p.m. later encountered the injured doctor outside the hospital.

“I look over at the Encino Hospital and I see a gentleman standing there profusely bleeding,” Dr. Parham Saadat told KTLA-TV. “We take a look at the situation, basically his guts are pouring out, profusely bleeding.”

“It was a bloodbath, to be honest with you,” Saadat added. “There was blood everywhere in the hospital.”

The second dentist, Dr. Faraz Farahnik, told the television station that security guards and others managed to put the suspect in a closet and shut the door behind him.

The victims were rushed to Dignity Health Northridge Hospital Medical Center. One of the victims is reportedly in critical condition and the two others are said to be in stable condition, KTLA-TV reports.

When police arrived, the man refused to come out of the closet, triggering the stand-off. A SWAT team responded around 5:30 p.m. and authorities employed “other methods outside of negotiation” to detain the man, LAPD Deputy Chief Alan Hamilton told reporters during a press conference. Hamilton did not specify precisely what method police used, but footage from the scene shows some officers wearing gas masks.

Police tweeted that the stand-off had been resolved around 8:30 p.m., according to KTLA-TV.

Authorities brought the suspect to a different hospital for what appeared to be self-inflicted wounds, namely stab wounds to his arms. He is reported to be about 6-foot-2 and in his late 30s but has otherwise not been identified.

The suspect is said to have a previous criminal record, including recent arrests for battery of a police officer and resisting arrest.

Investigators have not identified any evidence that the suspect knew or had some sort of previous relationship with any of the victims.

A surgical technician who works at a medical provider next to the hospital said the attack felt “close to home.”

Here is the initial media briefing by Deputy Chief Alan Hamilton regarding the stabbing incident at Encino Hospital. As mentioned in our previous tweet, the suspect has been taken into custody and Detectives remain on scene conducting their investigation. Video courtesy of @KTLA pic.twitter.com/AVInExCHjA

“It’s horrible,” Lauren McAllen told KABC-TV. “I mean, you’re two buildings down and that could’ve been any of us. It’s terrible. It’s just disheartening, and with all this other stuff going on these days, this hits really close to home.”The hospital was put on lockdown and new patients were diverted to other facilities during the incident and subsequent investigation.