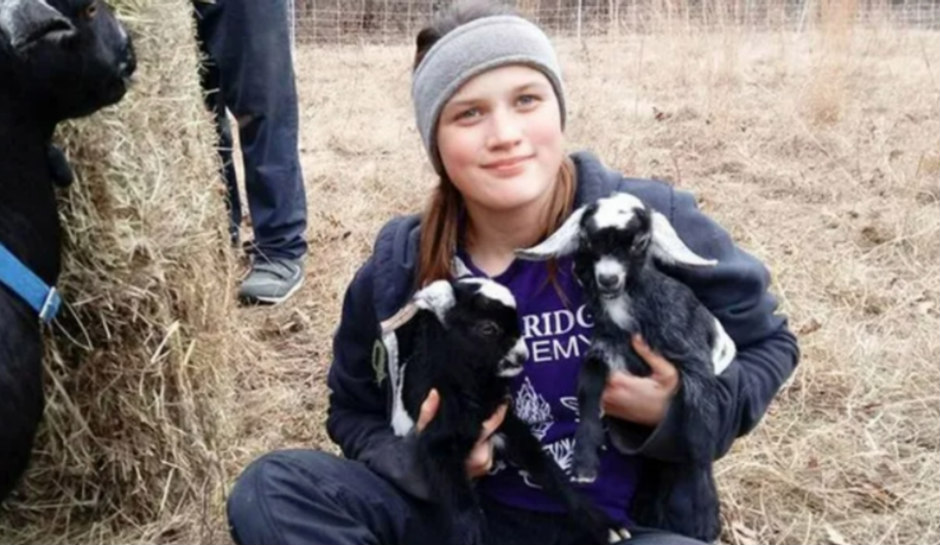 A Missouri woman is currently on trial for the brutal murder of her disabled daughter, who was found deceased in on rural land in 2017.

Opening statements started Monday in Ozark County in connection with the murder of 16-year-old Savannah Leckie. Savannah’s biological mother, Rebecca Ruud, is currently on trial for the autistic teen’s death. Prosecutors said that Savannah also had depression and ADHD.

As CrimeOnline previously reported, Savannah, who was adopted at birth, lived in Montana with her adoptive family until 2016. During that time she maintained sporadic contact with her biological mother; she came to live with Ruud and Ruud’s boyfriend after she could not get along with her adoptive mother’s new boyfriend.

The teen lived with Rudd on County Road 905 in Ozark County for almost a year before Rudd reported her missing. In August 2017, police found two intact finger bones, a large vertebra bone, bone fragments, and ashes inside a burn pit on Rudd’s land.

“From information I received [Monday] from forensic specialists, and evidence that was obtained, the remains that were recovered are those of 16-year-old Savannah Leckie, of Longrun [Mo.],”Ozark County Sheriff Darrin Reed previously said in a  public statement.

Ruud is accused of subjecting the victim to harsh discipline. The defendant’s ex-boyfriend previously told authorities that Ruud would force her daughter to crawl through a pig trough and submerge herself in a dirty pond as a form of punishment.

Prosecutor Anthony Brown said that #RebeccaRuud burned her 16-year-old daughter alive. "The defendant thought Savannah was dead and brought her body to the burn pile to dispose of the evidence," the prosecutor said. "She wasn't dead. She woke up screaming." pic.twitter.com/CS5PhM8tvP

Additional details about the alleged abuse have emerged since Ruud’s arrest, and she reportedly complained about the difficulties she claimed to face raising the girl.

According to court documents, Ruud told police that Savannah had cut her own arm, and in response, her mother “poured alcohol and salt on the cut twice a day and rubbed it until the scabs came off.”

The mother also cut her daughter off from contact with the outside world, allegedly smashing her cell phone and controlling her social media use.

According to the Star Tribune, Ruud continually complained about the burden of raising Savannah to the girl’s adoptive mother, saying she was costing too much money and was having trouble adapting to life on the farm.

Ruud and her husband, Robert Peat Jr., got married the day after authorities discovered human bones on their property. Investigators also found a meat grinder and gallons of lye, a chemical component that can be used to dissolve human remains.

During opening statements on Monday, prosecutor Anthony Browns said that one of three women who were in jail with Rudd claimed Rudd told her that she beat the teen to death, then took her to a burn pile. The teen woke up and began screaming but Rudd allegedly beat her again until she died.

“And during this screaming, the defendant hit her with a rake or other type of long-handled implement until she could scream no more,” he said. “And after all that, all that was left of Savannah was a bag of bones.”