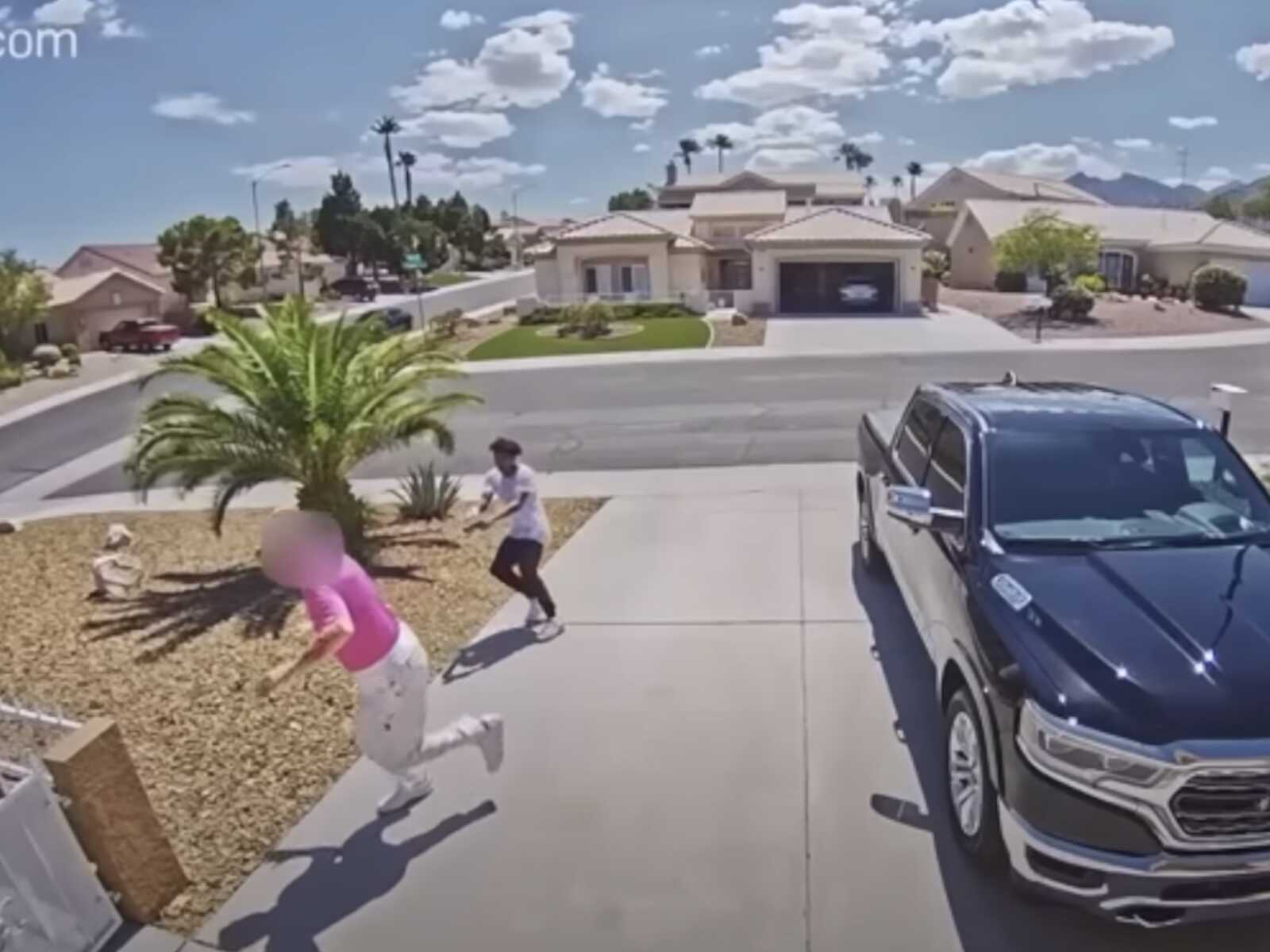 Las Vegas police are asking for help identifying a suspect who tried to rob a man and then chased him across the street with a handgun that failed to fire.

The suspect fled in a black, newer-model sedan with black wheels and dark-tinted windows after the incident, which was captured on a neighbor’s Ring video.

The video shows the suspect chasing the resident out of his garage while trying to fire at him. Across the street, the resident pauses at the neighbor’s gate, and the suspect tries ones more to shoot him, then runs off.

Police said the suspect is between 18 and 25 years old and was wearing a white t-shirt, dark pants, and white athletic shoes.

Detectives are asking for the public's help to identify the suspect in an attempted murder from July 24 near Lake Mead and Thomas W. Ryan Blvd.

Anyone who recognizes this person or has any info about this crime is urged to contact detectives at 702-828-9455. @CrimeStoppersNV pic.twitter.com/ReyYlzsBQU