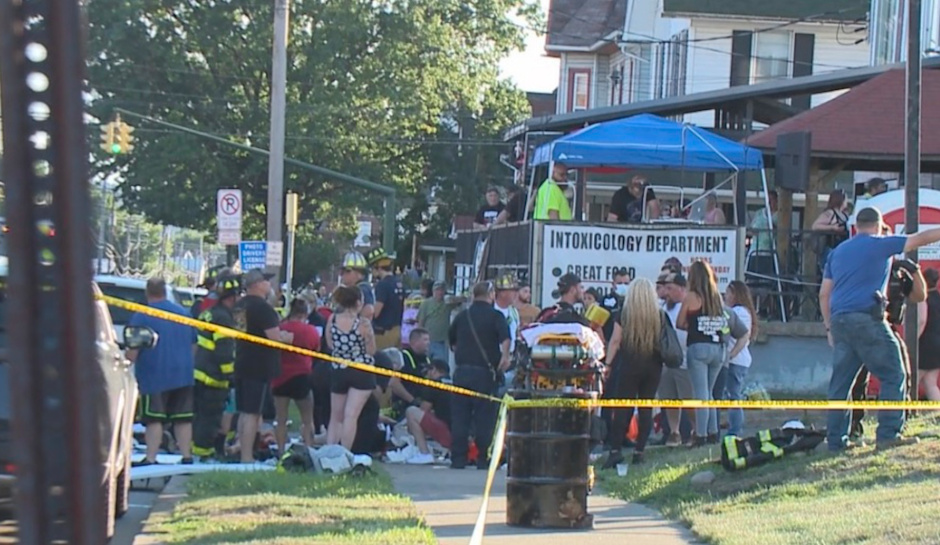 Multiple people have been injured in a vehicle incident in Berwick, Pennsylvania. A suspect is reportedly in custody.

According to WNEP, the incident took place at a day-long event benefitting the family of the victims of a deadly house fire last week that killed 10 people, including three children.

A crash at a business in Berwick has injured multiple people who were gathered to benefit the family of the Nescopeck fire victims. https://t.co/jjAhBYmU2b

Online police reports said a car drove into the crowd at the benefit then continued to another scene where a woman was beaten with a hammer.

Multiple ambulances and helicopters have been requested.

Firefighters responded to the deadly fire last week just before 3 a.m. on August 5. Three adults escaped the blaze, but 10 people, ranging in age from 5 to 79, were found dead in side, according to CNN.

A volunteer firefighter who responded to the blaze, Howard Baker, told 6ABC that the victims included his son, daughter, father-in-law, brother-in-law, sister-in-law, three grandchildren, and two other relatives. Baker said his children and the young victims were visiting their aunt and uncle.

The cause of the fire is still under investigation.

This is a breaking story. Check back for more information.