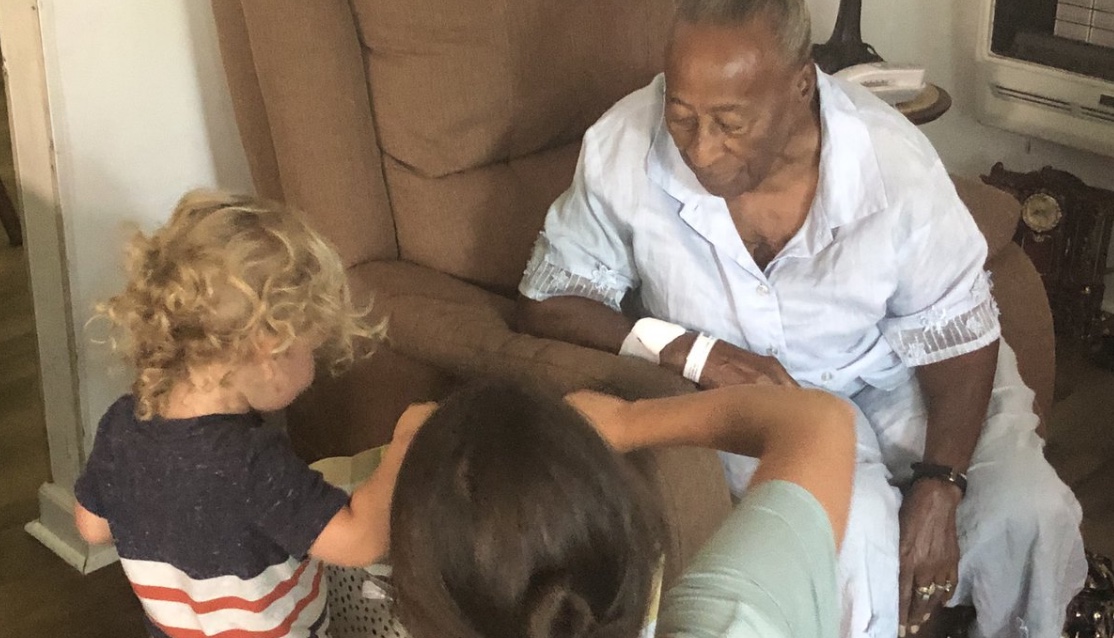 A Georgia toddler outside playing chasing bubbles with his mom last week found a missing 82-year-old woman with early-stage Alzheimer’s who had wandered from her Senoia home in search of her deceased sister.

Ethan Moore, 18-months-old, and the family’s dogs chased rainbow bubbles blown by mom Brittany Moore toward the backyard fence line on Friday, Brittany told WGCL. The dogs bounded away but Ethan saw something.

Moore couldn’t see what Ethan saw from her adult height, so she crouched down to his level and saw a pair of feet in the woods beyond the fence. She said she initially panicked.

“I didn’t know if I needed to go into fight or flight because I had my little boy out here and the other inside,” she said.

Moore called 911, and first responders found Nina Lipscomb, who disappeared on August 8, prompting an active search by community members and authorities who deployed thermal technology in an attempt to find her.

“We pulled out every resource we thought we needed but it was a little boy and she’s very fond of children,” said Karen Lipscomb, Nina’s daughter.

Nina — who turns 83 this Friday — was disoriented but alive. Released from the hospital on Monday, Nina met little Ethan as her daughter gave the boy a pack of bubbles.

“We pulled out every resource but it was a little boy who found her.”

Nina Lipscomb, who has early stage Alzheimer’s, had been missing for 4 days out of Senoia. Little Ethan was playing with bubbles on Friday when he spotted “feet” – likely saving her life. Story at 6. @cbs46 pic.twitter.com/0xuUMdGR4c

“Thank you for your Christian walk,” Karen Lipscomb told Moore. “I recognized it right off. The story of bubbles is so pure and innocent and yet effective.”

Karen explained that her mother’s sister had died in March and that she was apparently headed to home where they grew up, just around the corner. She was found less than a quarter mile from where she was last seen.

Moore said her family “will always teach [Ethan] what he did, how he played an impact in it.”

The Lipscombs offered reward money for finding their elderly mother, but the Moores turned it down.