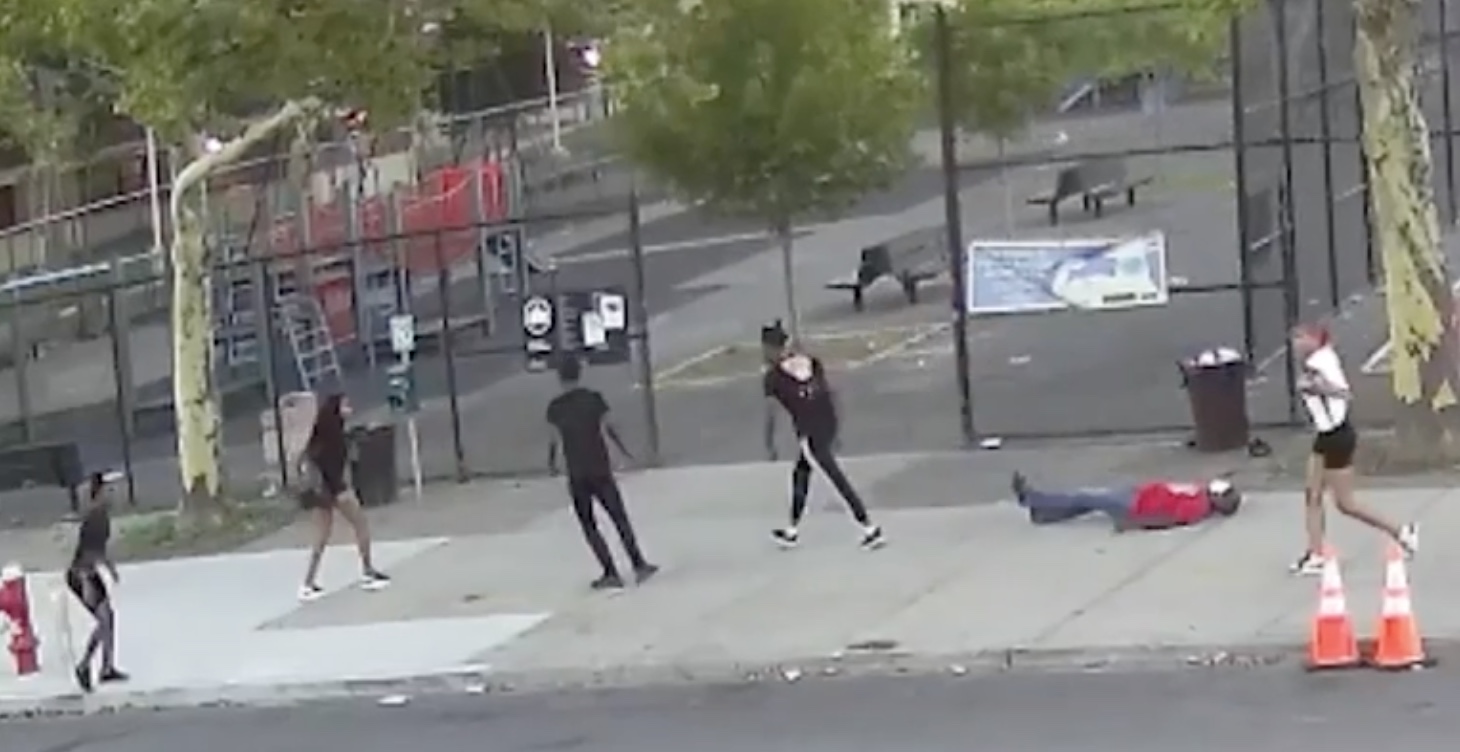 Two men have been arrested in the beating death of a New York City cab driver over the weekend.

Kutin Gyimah, 52, had transported five passengers in Queens early Saturday, but instead of paying him, they robbed him, as CrimeOnline previously reported.

Gyimah chased them down, and the passengers turned on him, punching and kicking him until he fell to the ground, striking his head and lying still where he fell.

The attack was caught on video, according to The New York Post.

Police sources confirmed the two arrests, saying they had turned themselves in. Police Commissioner Keechant Sewell tweeted Thursday that one suspect has been charged with manslaughter.

Earlier, police identified the suspects as 20-year-old Austin Amos — said to be wearing clothing that matched the man who landed the final blow on Gyimah — another man in his 20s, and three girls between the ages of 13 and 16.

It’s not clear if Amos was one of the two who surrendered overnight.

𝐀𝐫𝐫𝐞𝐬𝐭 𝐔𝐩𝐝𝐚𝐭𝐞
Our detectives currently have one person in custody charged with manslaughter in regard to the death of Kutin Gyimah. As the investigation and search for additional suspects continues, we need the help of anyone who might have info. Call #800577TIPS. https://t.co/KWQn3BT5Y6

The horrific video shows Gyimah the victim of a 5 on 1 beatdown. Four of the group begins to walk away, but one man walks over to Gyimah to hit him one more time. Gyimah falls backward to the ground and doesn’t move again.

The rest of the video shows the man catching up to the other members of the group, and the group inside what appears to be an apartment building.

Gyimah leaves behind his wife, Abigail Barwuah, and four children, ages 3, 5, 7, and 8.

The New York State Federation of Taxi Driver offered a $15,000 reward for information leading to an arrest.