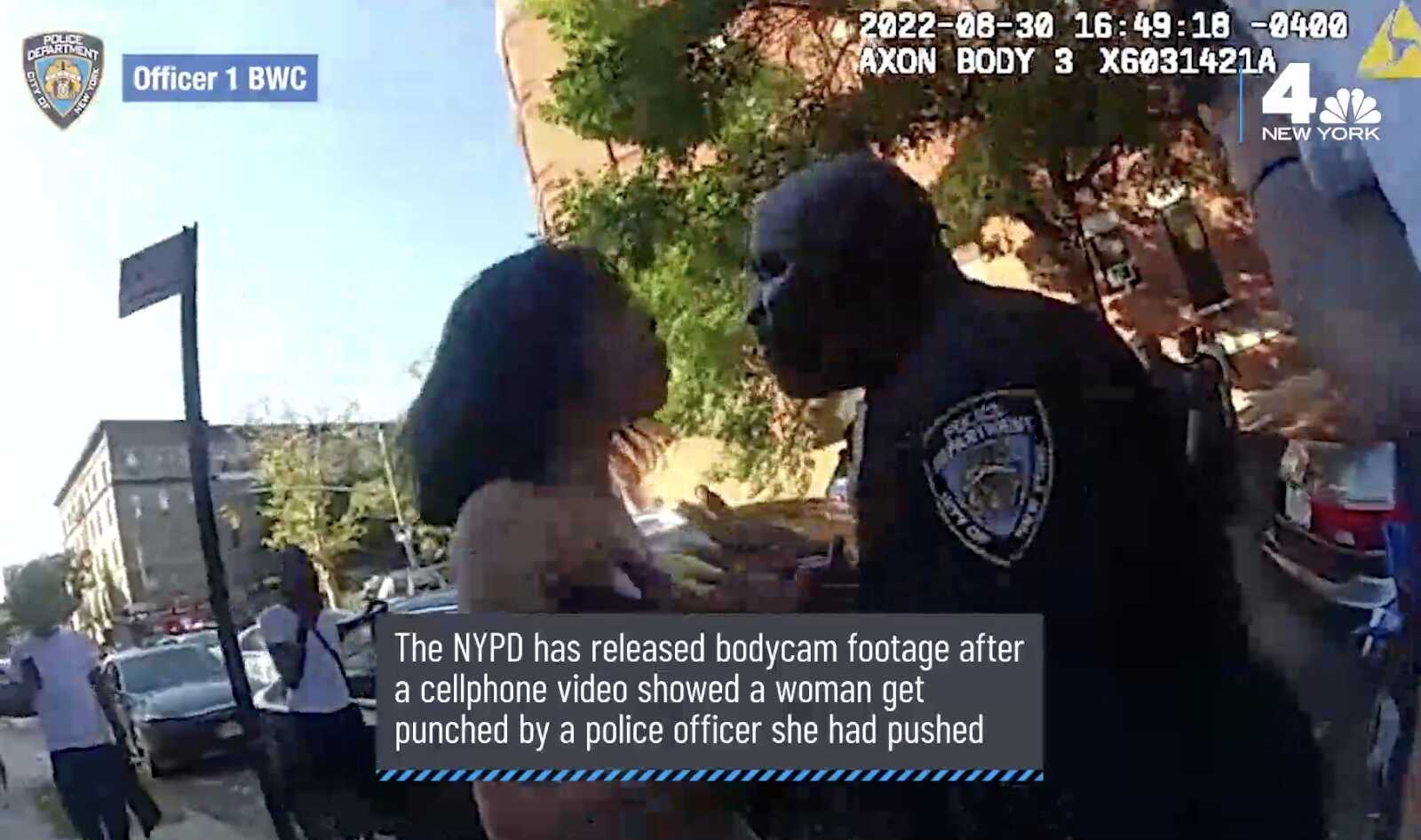 Body camera footage shows different angles of an encounter between a New York police officer and a woman who intervened during an arrest in Harlem on Wednesday.

The incident was seen in cell phone footage just after the incident. New York police said Wednesday it was launching an investigation into the incident, as CrimeOnline previously reported.

The cell phone footage and the body camera videos show the woman, 19-year-old Tamani Crum, approach multiple police officers involved in the arrest of an attempted murder suspect and push a detective, who then punched her to the sidewalk.

NYPD included a statement with the body camera video release explaining that officers were “attempting to take an individual into custody when a struggle ensued and a crowd formed around the officers,” WNBC reported.

“The individual was carrying in his waistband an illegal, loaded semiautomatic Polymer 80 handgun, known as a ‘ghost gun,'” the statement said. “The NYPD officers removed yet another illegal firearm – and the person brazen enough to carry it in public – from the streets of our city.”

The statement did not explain why the illegal gun had not already been removed from the suspect’s waistband by the time Crum appeared on the scene.

Crum and another woman were arrested on charges of resisting arrest and assault on a police officer, while a third woman was issued a summons for allegedly spitting on an officer. The Manhattan District Attorney’s Office, however, simply charged all three women with obstruction, a misdemeanor.

The NYPD detective’s union howled about the misdemeanor charges, even though a felony assault charge requires proof that a defendant caused physical harm. The union said it was considering a lawsuit against Crum.

Al Sharpton, mentioned in the DEA statement about its anger, made no comments about the incident. The New York City chapter of an organization he founded, the National Action Network, released a statement condemning the officer’s action, saying he “brazenly punched an unarmed woman to the ground.”

Meanwhile, NYPD Commissioner Keechant Sewell confirmed that the department’s Internal Affairs Bureau’s Force Group was reviewing the incident and said he “expedited the release” of the body camera footage in the interest of transparency.

Additionally, the Civilian Complaint Review Board confirmed a report on Wednesday that the detective involved, Kendo Kinsey, had six complaints against him in the past decade. But, the board said, none of the claims were substantiated.