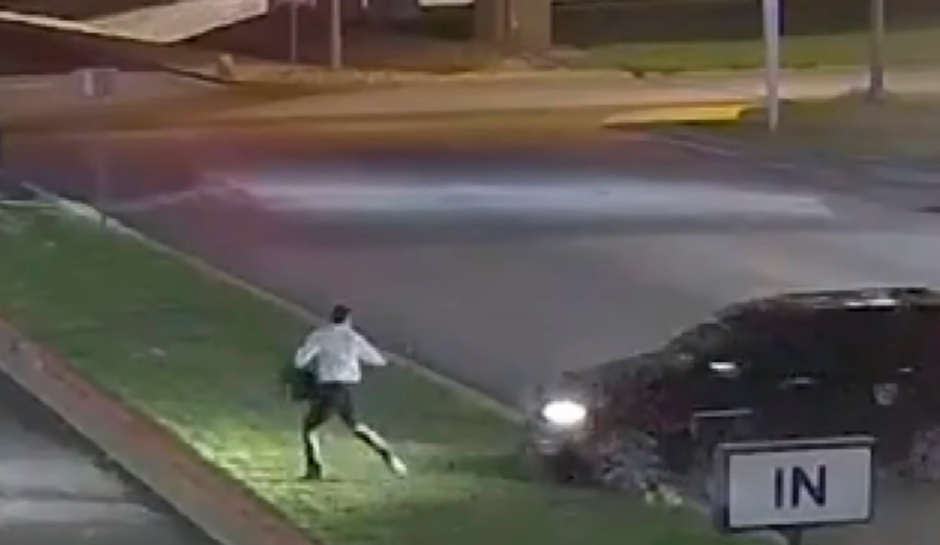 SEE VIDEO: Woman MOWS DOWN BOYFRIEND WITH CAR AFTER BREAKUP

A Texas woman allegedly plowed over her boyfriend after an argument, leaving him with serious injuries while she claimed to police he stepped in front of her car.

Surveillance video appears to tell a different story, however. The victim is seen walking in the median between a Spectrum store and the entrance to Walmart. On the other side of the entrance at the Walmart gas station, the suspect’s vehicle rounds the gas pumps, crosses the entrance road, and jumps the curb onto the median.

The Round Rock Police are investigating an aggravated assault occurring on Sept. 9 near the Walmart at IH-35 & SH-45. We’ve identified the involved parties, but still need help locating any potential eyewitnesses to help in the prosecution of this case. (1/2) pic.twitter.com/CGsItvSvuF

The victim is seen trying to get out of the way before the video, provided by Round Rock police, cuts off and resumes with him lying on the concrete in front of the Spectrum store.

The incident took place on September 4. The victim, originally in critical condition with several fractures and displaced vertebrae, is now stable, police said.

Andrea Estwick, 24, was arrested on September 20 on a charge of aggravated assault with a deadly weapon.

According to an affidavit filed in the case, Estwick and the victim were in a relationship and had decided to separate, KTBC reported. She told police on the night in question, they had been to downtown Austin drinking. On the way home, Estwick said the victim was hungry, so they stopped at the Walmart gas station. While there, they argued, he got out of the car and began walking toward the Frontage Road.

Estwick told investigators that she got back into the car to catch up to him and keep him from walking into the road. When she got close, she said, he stepped in front of her car and was hit.

According to the paperwork, Estwick didn’t call 911. Instead, she drove home and called her mother, and the mother called 911.

Estwick told police she couldn’t find either her cell phone or the victim’s and was “too scared.”

According to the affidavit, police believe “that defendant intentionally, knowingly, or recklessly struck the victim with her motor vehicle.”

Police are looking for eyewitnesses to the incident. If you have any information about the case, contact bvillegas@roundrocktexas.gov or 512-671-2709. Anonymous tips can be submitted at http://WilcoCrimeTips.org.