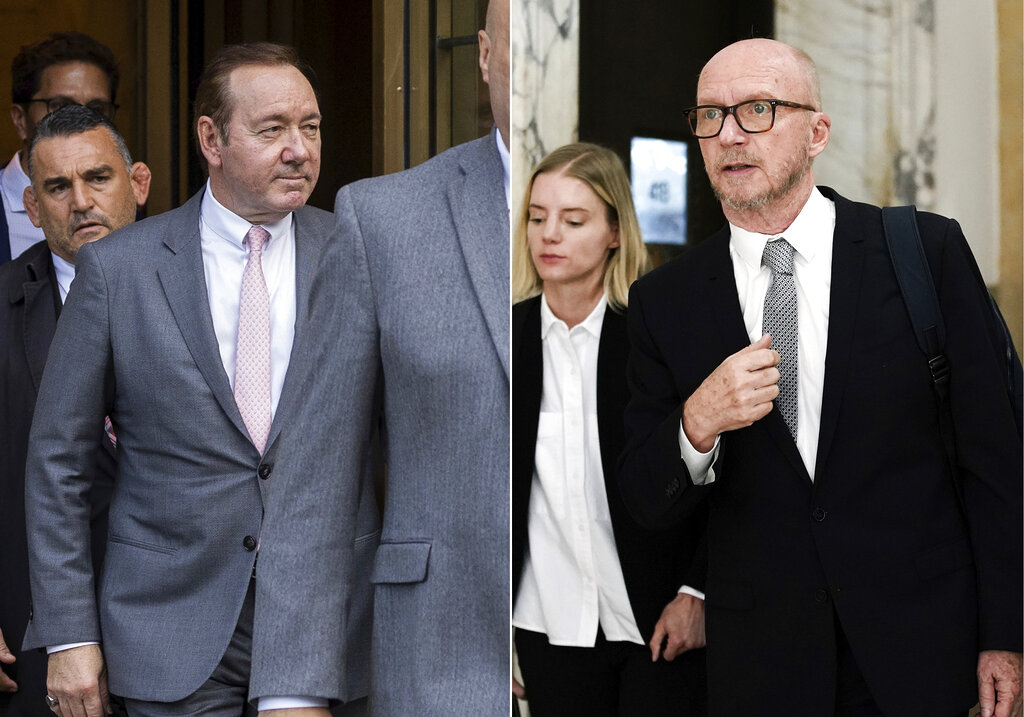 A New York jury found Kevin Spacey not liable Thursday, in connection with a civil lawsuit against him filed by actor, Anthony Rapp.

According to CNN, the jury deliberated for about an hour before reaching a verdict that there was not enough proof to show that Spacey “touched a sexual or intimate part” of Rapp. Judge Lewis Kaplan subsequently dismissed the case.

As CrimeOnline previously reported, Rapp claimed that Spacey, then 26, invited him to his Manhattan apartment for a party in 1986. There, Spacey allegedly “picked Rapp up, placed him on his bed, and climbed on top of him, making a sexual advance,” according to an interview between Rapp and Buzzfeed.

Spacey apologized in 2017 and came out as a gay man mere hours after the Buzzfeed exposé hit the Internet. However, Spacey said on Twitter that he didn’t remember the encounter with Rapp and claimed it could have happened during a drunken incident with “deeply inappropriate drunken behavior.”

During closing arguments, Rapp’s lawyer, Richard Steigman, argued that Spacey contorted his testimony in a way to help his own defense.

“Don’t listen to what I said in real-time. I’m defending a lawsuit now. Listen to me now. I’ve got it straightened out,” Steigman said, apparently mocking Spacey’s words and suggesting that Spacey was trying to convince the jury he was innocent of the accusations.

“When you’re rehearsed, and a world-class actor and you’re following the script and following the testimony of someone else, you can take that stand and be perfectly polished. When you’re merely coming to court coming forward and telling the truth of your experience, especially one like this that’s a little bit complicated.

Spacey’s attorney, Jennifer Keller, brought up the “Me Too” movement during closing arguments.

“This isn’t a team sport where you’re either on the Me Too side, or you’re on the other side,” Keller said to the jury. “This is a very different place. Our system requires evidence, proof, objective support for accusations provided to an impartial jury. However polarized as society may be today, it really should not have a place here.”

[Featured image: Actor Kevin Spacey leaves court in New York on Oct 17, 2022, after testifying that he never made a sexual pass at actor Anthony Rapp when he was 14, left, and director Paul Haggis exits the courtroom in New York on Oct. 19, 2022, for a lunch break in his civil trial against a publicist who alleges that he raped her in 2013. (AP Photo)]