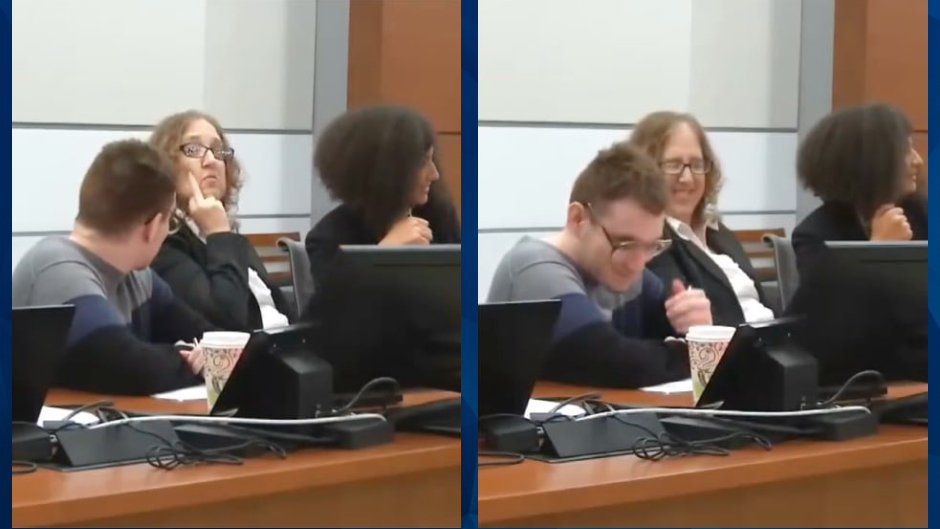 An attorney who represented Marjory Stoneman Douglas High School shooter Nikolas Cruz — who killed 17 people in 2018 — is being investigated by the Florida Bar Association weeks after she was apparently filmed flashing the middle finger in court.

An agency spokesperson confirmed to the Daily Beast that Tamara Curtis was being investigated, but they did not disclose the probe’s scope. During a pretrial hearing, Curtis was reportedly seen raising her middle finger while rubbing her cheek, eliciting laughs from herself and Cruz.

THIS is the moment the judge was talking about. The week before the trial began and before a hearing began, two defense attorneys appear to notice the new camera setup. One seems to suggest they flip off the camera and then this happens:
#ParklandShooter https://t.co/aGUC8MOSMv pic.twitter.com/wZxWjF314f

Fred Guttenberg, the father of victim  Jaime Guttenberg, 14, suggested that Curtis made the gesture after being frustrated with some of the judge’s rulings. Last month, a jury recommended life in prison for Cruz, 24, who killed 14 students and three school employees, as jurors did not unanimously recommend the death penalty.

“That moment was disgusting, immature, and reprehensible,” the father tweeted. “It was also a reminder to me that this defense team long ago lost any humanity for the victims of this crime.”

News of the probe involving Curtis comes on Thursday, a day after Cruz was formally sentenced to life without parole. WPLG reported that Curtis was not in court when Judge Elizabeth Scherer handed down 34 consecutive life sentences.