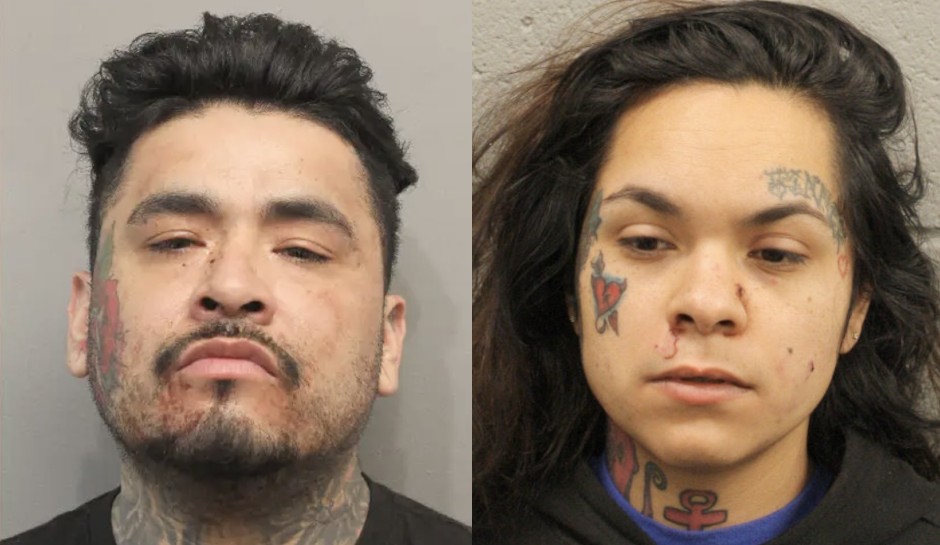 A Texas woman will spend two decades behind bars as punishment for a horrific attack on a man in a bar, KTRK-TV reports.

On Thursday, 31-year-old Ariel Cordoba (pictured right) entered a guilty plea on charges of aggravated battery, aggravated sexual assault, and aggravated assault in connection with the beating, which occurred during a winter storm.

Cordoba was sentenced to 20 years in prison on the charges, Harris County District Attorney Kim Ogg said in a written statement.

“This was a vicious attack, and this woman not only participated, but she also tried to hide the evidence of what happened,” Ogg said. “Our hearts go out to the victim, who was completely innocent and should have been safe just taking shelter from the cold.”

Authorities alleged that on February 17, 2021, the victim and a friend had gone to a bar in northwest Harris County for some drinks and were peacefully sitting at the establishment when Cordoba and an accomplice, 38-year-old Felix Vale, confronted them.

Cordoba and Vale reportedly left the bar but returned about 10 minutes later and attacked the 49-year-old victim. The attack quickly rendered the man unconscious, but Cordoba and Vale allegedly continued the assault.

The couple beat the man using their fists, feet, a gun, and a barstool for nearly 30 minutes until police intervened.

“This horrible incident was captured on video, and it is very difficult to watch for witnesses, jurors, and even the judge,” Assistant District Attorney Ryan Volkmer said, according to Fox 26. “This couple took deliberate actions and worked together to violently beat a complete stranger, and we have worked to see that justice is done.”

Prosecutors alleged that the couple stole the victim’s wallet and sexually assaulted him, in addition to kicking him a total of 61 times.

The victim had to undergo multiple surgeries because of the injuries, KHOU-TV reports.

A jury convicted Vale on December 6 and sentenced him to 82 years in prison.