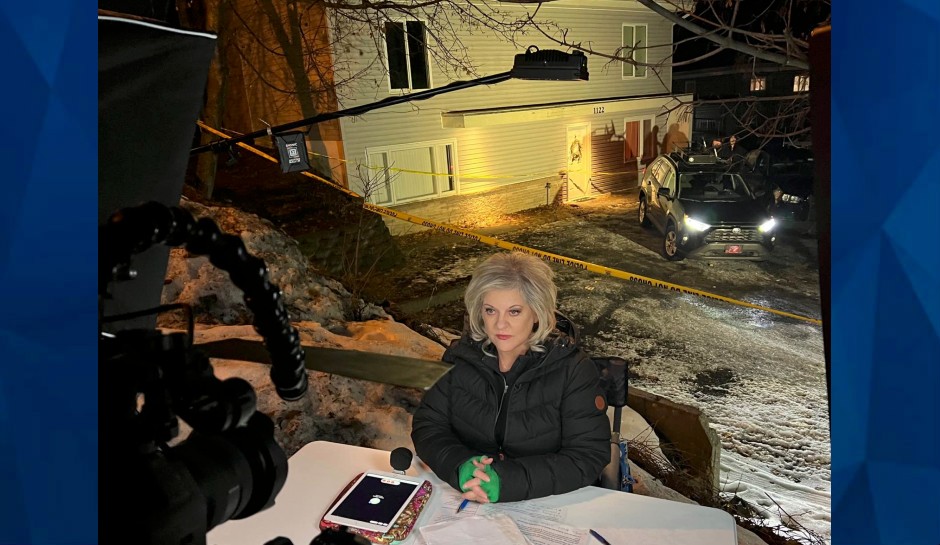 Wife Of Neighbor Had SIXTH SENSE SCREAM “KEEP KOHBERGER AWAY”

Neighbors who lived near accused Idaho killer Bryan Kohberger told “Crime Stories with Nancy Grace” that the suspect’s father asked them to befriend Bryan when he moved to Pullam, Washington, but they felt something was off about him.

Grace said that neighbors of the accused killer told her they did not want to be named or associated with him in any way. Still, they say Kohberger’s father asked them to be friends with the accused killer when Kohberger moved into an off-campus apartment at Washington State University, where he was a criminology graduate student.

“We learned that his father, who seemed like a really nice guy according to [Kohberger’s] neighbor, asked the neighbor to be friends with Kohberger. It’s like me arranging a playdate for my twins when they were three years old,” Grace said on the ‘Crime Stories’ episode. “He [Kohberger’s father] said it’s hard for his son to meet people or to make friends.”

“This should surprise nobody. Number one, we watched his dad answer questions for him to a police officer. The fact that his dad would say, ‘Hey, make friends with my son, be his buddy’ when his son is nearly thirty tells you that his dad absolutely knows his son is not somebody who can navigate socially in this world by himself,” investigator Sheryl McCollum said.

One neighbor’s wife told “Crime Stories” she didn’t want to get to know Kohberger and refused to have him over for dinner since “something about him” didn’t sit right.

“That’s an arrested development,” NYC psychologist Caryn Stark told Grace.”He’s very much to himself. As it is, when you’re in a Ph.D. program or you’re in graduate school, you’ve got to spend so much time reading and studying, and that’s perfect for him. ”

According to neighbors, when Kohberger learned about the murders, he said that police “had no leads” and that it appeared to be a “crime of passion.”

“It reminds me of the arsonist who went to check back on the fire,” Fox News Digital correspondent Laura Ingle said on “Crime Stories.”

Other neighbors said they could see Kohberger’s car, a white Hyundai Elantra that investigators had been searching for, parked at the apartment complex. Yet, they didn’t connect it to the murders initially.

Meanwhile, according to Ingle, investigators are currently checking other unsolved crimes for DNA or other evidence to see if Kohberger was involved.