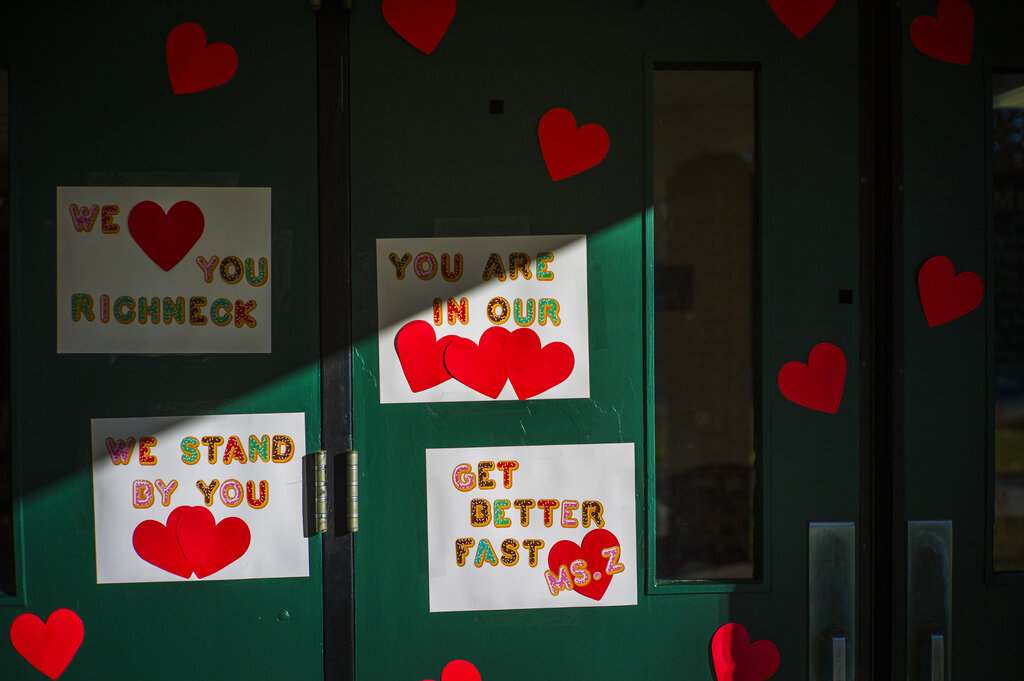 6-Year-Old Who Shot Teacher Said He Wanted to Set Another Educator on Fire, Watch Her Die: Reports

Editor’s Note: The story has been updated to reflect that the victim, Abigail Zwerner, is recovering from the shooting.

The 6-year-old Virginia boy who shot his teacher earlier this month had previously said he wanted to set a teacher on fire and watch her die, The Washington Post reports.

On January 6, the child, whose identity has not been released, pulled a handgun and opened fire on Abigail Zwerner, a first-grade teacher at Richneck Elementary School in Newport News, as CrimeOnline previously reported.

Zwerner, 25, was injured but survived.

This week, the Post reported that Zwerner and other educators at the school had expressed concerns about the boy’s behavior and threats to the administration, but that their fears were rebuffed.

Zwerner sought help in dealing with the child and raised alarm about his conduct, according to messages reviewed by the newspaper.

“She had asked for help,” one school employee wrote, according to the Post. “Several times,” another employee said.

The newspaper detailed several incidents involving the student that raised concerns. The boy had allegedly written a note to a teacher telling her that he hated the female teacher, wanted to light her on fire, and then watch her die. The teacher showed the note to the school administration and was told to dismiss the threat.

Virginia boy who shot teacher Abigail Zwerner told another he wanted to set her on fire: report https://t.co/32HnYsR1NR pic.twitter.com/X9hdUdpaRy

In another instance, the boy had allegedly disrupted class by throwing furniture and other objects, causing the boy’s peers to hide underneath their desks, the Post reports.

The boy then blocked the teacher and students from leaving the room until a teacher from the outside was able to force open the door. The teacher also said the school’s special education services lack adequate resources and have a heavy caseload.

Before the shooting, at least one school official was reportedly told that the boy may have a weapon, but no gun was found after a search of the child’s backpack. Police are continuing to investigate the shooting, which Newport News Police Chief Steve Drew described as “intentional,” according to the Post.

In a statement Thursday, the boy’s parents claimed that the gun had been “secured” at home and said their son “suffers from an acute disability,” according to WVEC-TV.

The parents said that one of them would usually accompany the boy to class, but the shooting happened “the first week when we were not in class with him,” WVEC-TV reports.

“We will regret our absence on this day for the rest of our lives,” the statement read, according to WAVY-TV.

[Feature Photo: Messages of support for teacher Abby Zwerner, who was shot by a 6 year old student, grace the front door of Richneck Elementary School Newport News, Va. on Monday Jan. 9, 2023. The Virginia teacher who authorities say was shot by a 6-year-old student is known as a hard-working educator who’s devoted to her students and enthusiastic about the profession that runs in her family. (AP Photo/John C. Clark)]