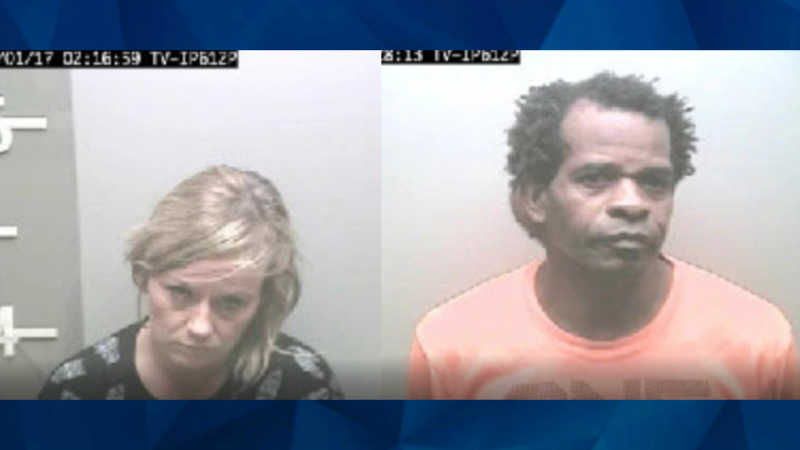 Two Alabamians were arrested this week after videos showing the sexual assault of a man with a mental disability were shared via Facebook, text messaging and email before making their way to Marshall County authorities. The Marshall County Sheriff’s Office said it was notified of the videos on Tuesday. After identifying the victim and the …

Animal abuser gets 60 days in jail after sexually assaulting fiancée’s Lhasa Apso pup, who was euthanized after serious injuries

An Oregon man who sexually assaulted a small dog in February, causing fatal injuries, was ordered to serve 60 days behind bars. The Multnomah County District Attorney’s Office announced that after sentencing 52-year-old Fidel Lopez to two months behind bars, the judge said he would have given the man more time if the law allowed …

A Florida man is facing criminal charges after he allegedly posted sexually-explicit footage online which showed him violating his Siberian Husky while dressed in a dog costume. The Pasco County Sheriff’s Office said detectives with the Crimes Against Children Unit arrested Christian Steward Oscar Nichols, 21, on February 11 after discovering the obscene materials while searching his …

Three Pennsylvania men who stand accused of bestiality with multiple animals are facing 1,460 counts in relation to the crimes, as well as charges of endangering the welfare of children and corruption of minors after a search warrant was obtained by police Saturday morning. According to a news release by the Clearfield County District Attorney’s …

Parents accused of having sex with three children, family dog

‘Incest was a normal way of life,’ the father allegedly told the children

A Hobart, Indiana, man with a lengthy history of sexually abusing animals has reportedly asked a federal court for chemical castration as a condition of his release, according to the Chicago Tribune. The unorthodox request came from Michael Bessigano, 46, who has been jailed since January for consciously receiving “obscene matters from an interactive computer service.” …

‘You need help! Big Time!’ Judge scolds woman who tried to have sex with dog

A Curwensville, Pennsylvania, woman who tried to have sex with a dog received some harsh words from a sentencing judge. “This is sick,” Judge Paul Cherry told Rachael Harris, 20, on Friday. “You need help!—Big Time!” Centre Daily Times reported that Harris pleaded guilty to four counts each of producing an obscene performance, criminal conspiracy, and …

A 57-year-old man dressed up as a red fox and sexually abused a young boy during “furry parties,” according to the Pennsylvania Attorney General’s Office. Kenneth C. Fenske, 57, will stand trial on charges of child rape, involuntary deviate sexual intercourse and unlawful contact with a minor following Monday’s preliminary hearing. PennLive reported that Fenske and …

A man testified Wednesday that his adoptive father threatened to murder him if he didn’t accept his sexual advances. Taking in more than 140 boys in a 20-year span, Cesar Gonzales-Mugaburu, 60, is accused of molesting eight kids he had in his care. According to the New York Daily News, the 29-year-old witness, who was about …