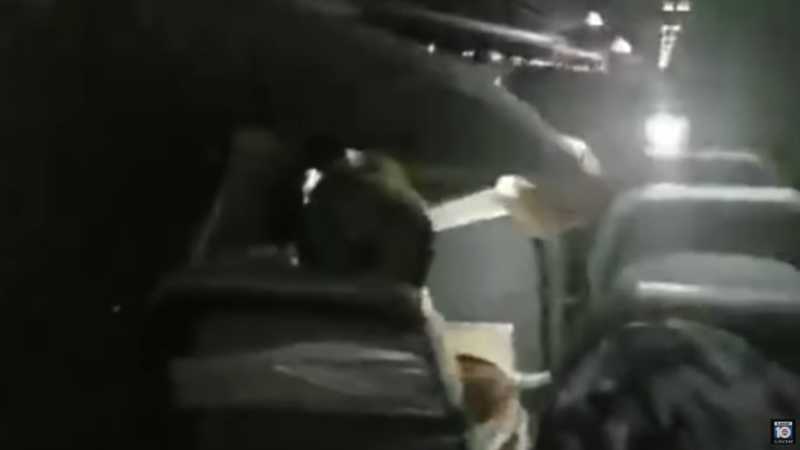 The passenger, 22-year-old Maxwell Berry, was arrested when the plane landed in Miami. Frontier Airlines ‘relieved (the flight attendants) from flying pending’ an investigation.

A man aboard a Frontier Airlines plane was arrested Thursday for allegedly assaulting two women before urinating on another passenger’s seat. KMGH reported that the bizarre incident occurred during a Frontier Airlines flight 864 from Denver, Colorado, to Charleston, South Carolina. Pictures from the ordeal appear to show Michael Allen Haag, of Boulder, Colorado, peeing on …

A man on a Frontier Airlines flight from Colorado Springs allegedly punched a pregnant woman in the stomach and her service dog over how much space the pooch was taking up on the plane, the New York Daily News reports. Hazel Ramirez and Matthew Slivay, who are deaf, were on the flight to Orlando with …