‘Making a Murderer’: Steven Avery Will Not Get a New Trial 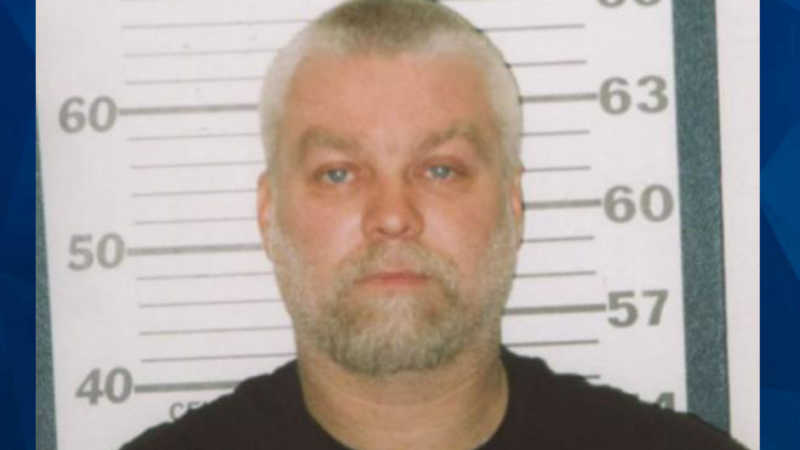 Steven Avery, the centerpiece of the popular Netflix docu-series, “Making a Murderer,” will not be getting a new trial. On Wednesday, the Wisconsin Court of Appeals gave a unanimous rejection to Avery’s request to show new evidence in a hearing that he ultimately wanted to provide during a new trial. According to the Associated Press, …

A former Wisconsin newspaper delivery driver says he saw the person who hid a murder victim’s vehicle into a salvage yard, and it wasn’t either of the men currently serving sentences for the crime. Thomas Sowinski signed a sworn affidavit, claiming that he was working on November 5, 2005, for Gannett, delivering papers when he …

Steven Avery, the centerpiece of the highly popular Netflix docu-series, “Making a Murderer,” has been granted an appeal. Newsweek reports that Avery’s attorney, Kathleen Zellner, explained that the Wisconsin Court of Appeals ruled a lower court to hear out her reasons for wanting to test bones which the state previously stated were inconclusive. “The appellate court …

In a possible setback, a Wisconsin appeals judge denied convicted killer Steven Avery’s motion to conduct “rapid DNA identification” testing on bones that were recovered but never identified during an investigation into the 2005 murder. From the Rolling Stone, Avery’s lawyer, Kathleen Zellner, explained that the motion was rejected because the court wanted to address aspects …

A former officer who investigated the murder of slain Wisconsin woman Teresa Halbach filed a lawsuit against Netflix and “Making a Murderer” filmmakers, Laura Ricciardi and Moira Demos, on Monday, claiming aspects of the popular docu-series are false and defamatory. According to court documents obtained by WBAY Action 2 News, Andrew Colborn, who retired from Manitowoc County police force in March, …

WASHINGTON (AP) — The Supreme Court said Monday it won’t weigh in on the case of a teenager convicted of rape and murder whose story was documented in the Netflix series “Making a Murderer.” As is typical, the justices did not explain their decision declining to take the case. The justices’ decision leaves in place …

Since Making a Murderer premiered on Netflix in Dec. 2015, millions of people across the world felt the two centerpieces of the docu-series, Steven Avery and his nephew, Brendan Dassey, were wrongfully convicted. Dassey, in particular, touched the heart of many viewers, as he was a young boy with cognitive disabilities. Last Friday, as CrimeOnline reported, …

‘Making a Murderer’ Brendan Dassey will likely serve the rest of his time in prison, says legal experts

Legal experts who weighed in on the recent court decision that Making a Murderer‘s Brenden Dassey’s murder and rape confession was not coerced, claim that getting his case in front of the Supreme Court for appeal is a “long shot” at best. ”Any appeal to the U.S. Supreme Court is a long shot,” said Michael …

Kathleen Zellner, the wrongful conviction lawyer who represents Steven Avery of Making a Murderer, dropped a bombshell motion in court on Monday, pointing the finger at the brother of Brendan Dassey, Avery’s accomplice in Teresa Halbach’s murder. Teresa Halbach, a freelance photographer for Auto Trader magazine, was murdered on October 31, 2005, after driving to Avery’s …

Detective Tom Fassbender, the lead investigator on the team that convicted Steven Avery for the murder of Teresa Halbach, tells Nancy Grace why the Wisconsin man should not get a new trial. An appeals court has denied Avery’s latest motion for a second chance. New York criminal defense lawyer Hunter Shkolnik, forensics expert Joseph Scott …

A Wisconsin judge wrote a six-page memorandum decision on whether Steven Avery, the centerpiece of the popular Netflix docuseries, Making a Murderer, should be granted a new trial in connection with the 2005 murder of freelance photographer, Teresa Halbach. The judge announced on Tuesday that Avery failed to meet the legal standard for another trial. …

Kathleen Zellner, wrongful conviction lawyer for Making a Murderer centerpiece, Steven Avery, recently challenged naysayers to prove that her client is indeed guilty of murdering freelance photographer, Teresa Halbach. Although Zellner claims no one has currently taken the challenge, a number of Reddit users took the challenge in their own way and challenged Zellner back …