Michelle Carter, who was convicted of involuntary manslaughter for encouraging her boyfriend’s 2014 suicide, will be released from a Massachusetts prison next week for good behavior. WXFT reported that Carter, 22, will be released on January 23 — months ahead of her expected release date in May. Carter began her two-and-a-half-year sentence in February. She … 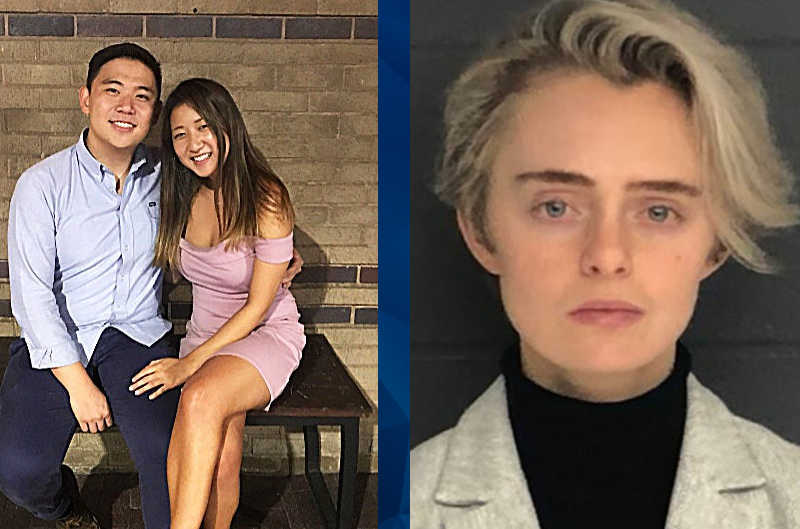 A Massachusetts grand jury indicted a woman on involuntary manslaughter charges earlier this month in connection with the May 20 suicide of her boyfriend, who took his own life 90 minutes before his college graduation. Suffolk County District Attorney Rachael Rollins announced the October 18 indictment against Inyoung You, 21 on Monday. Rollins said You …

Early release? ‘Death by text’ girlfriend who pushed teen boy to kill himself asks parole board to let her out of prison early

A Massachusetts woman sentenced to 15 months in prison after pressuring her boyfriend to kill himself is asking for early release. After serving seven months, Michelle Carter appeared before the Massachusetts Parole Board on Thursday. No decision has been made yet, according to NBC Boston, and the parole board does not have a deadline to …

Michelle Carter, the Massachusetts woman currently serving a 15-month sentence for encouraging her late boyfriend to kill himself in 2014, has appealed her case up to the U.S. Supreme Court. BuzzFeed reported that Carter, 22, has asked the country’s highest court to review her involuntary manslaughter conviction on the basis that her texts to Conrad …

Michelle Carter, who was convicted in 2017 of sending her teen boyfriend texts which encouraged his suicide, was ordered to prison Monday to begin her 15-month sentence. According to NBC News, a Massachusetts judge ruled that Carter, 22, must immediately report to prison despite her defense lawyers arguing she stay free as her case is …

Lawyers argued that text messages Carter, then 17, sent to boyfriend Conrad Roy III, 18, were ‘cherry-picked’ to show her in a bad light

A Massachusetts woman, sentenced last year to 15 months in jail for encouraging her boyfriend to commit suicide, is appealing her conviction on the basis that prosecutors “cherry-picked” texts used against her in the case. Michelle Carter, 21, was convicted of involuntary manslaughter after her boyfriend, 18-year-old Conrad Roy III, committed suicide in July 2014, …

A judge said Carter caused Roy’s death when she told him to “get back in” his truck as it was filling with carbon monoxide in Fairhaven.

Justice? Woman who sent texts urging suicide only gets 15 months in jail

By DENISE LAVOIE, AP Legal Affairs Writer TAUNTON, Mass. (AP) — A woman who encouraged her suicidal boyfriend to kill himself in dozens of text messages and told him to “get back in” a truck filled with toxic gas was sentenced Thursday to 15 months in jail for involuntary manslaughter. Michelle Carter, now 20, was convicted …

‘Try Remorse’: Parents of another suicide victim give advice to Michelle Carter after she’s spotted enjoying her freedom

‘I told him I loved him’: Trial scheduled for woman accused of encouraging boyfriend to kill himself