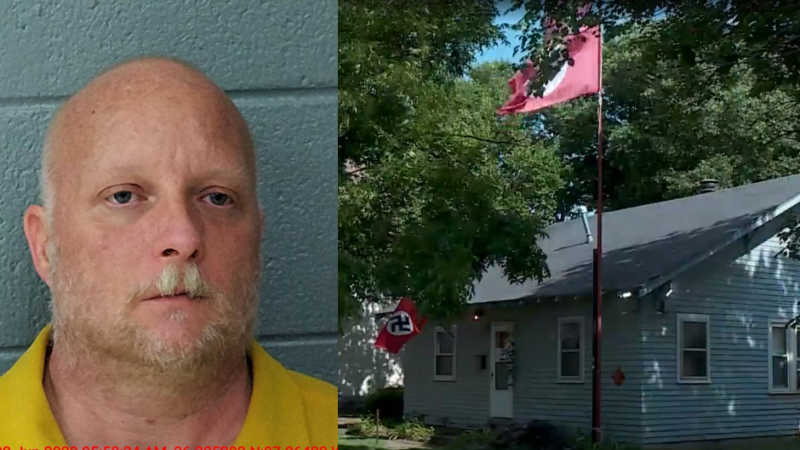 An Oklahoma man allegedly shot a woman multiple times early Sunday after she tried to steal a Nazi flag from his yard. According to the Enid News & Eagle, Garfield County officials said Monday that the 26-year-old shooting victim is in good condition and is expected to recover from injuries she sustained outside a home …

A British couple who named their baby after Adolf Hitler was sentenced to prison for being members of a neo-Nazi group banned under anti-terrorism laws. Per The Guardian, Adam Thomas, 22, and Claudia Patatas, 38, were sentenced in a Birmingham court to prison for six-and-a-half years and five years, respectively. Along with two others, the …

Swastika-covered white supremacist kills three of his friends, shoots fourth in the face

A Washington man was convicted this week of shooting four of his friends, killing three of them, in a July 2016 incident at a home in Woodhill. Though 37-year-old Brent Luyster maintained his innocence throughout the trial, a jury found him guilty of all charges brought against him. He was reportedly convicted of three counts …