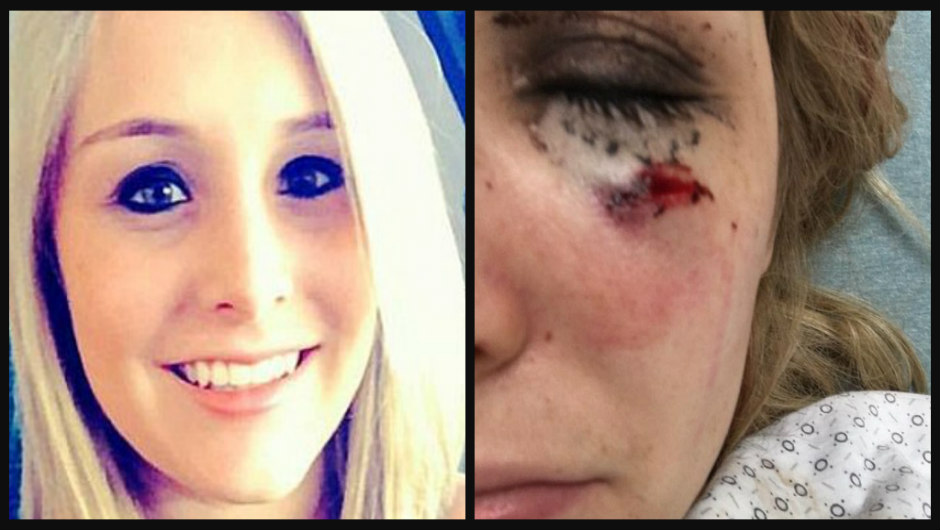 ‘I did not deserve this’: Unknown man is still on the loose after randomly punching woman in the face, causing a concussion

A Florida woman was out with friends at a St. Petersburg pub in January when an unknown man sucker punched her and fled. Two months later, the suspect remains elusive, but the victim hopes by sharing her story online, more leads will come in.

Tampa Bay Times reports that Amanda Comparetto, 23, was enjoying a night out with a group of friends on January 20 at MacDinton’s Irish Pub off of 1st Ave. N when a man she’d never seen before attacked her. Comparetto said she and the group were out celebrating her friend’s bachelorette party and at the 3 a.m. closing time, they walked out of the pub to wait on an Uber ride.

“I did not deserve this,” Comparetto said. “I didn’t do anything to him, I don’t think anyone deserves this.”

Please help me find the guy in the red shirt dancing in this video. On Saturday night January 20th at MacDintons Irish…

Comparetto said as she stood outside the club with her friends, an unknown man in a red shirt approached, grabbed the arm of one of her friends, then claimed the woman was his wife. Comparetto claimed she told the man to leave them alone, which angered him. The next thing she knew, she had been suckered punched in the face. As she fell unconscious to the ground, covered in blood, the man fled.

“Took my friend by her arms and shoved her back and said ‘this is my wife, I’m taking her with me.’ I woke up on the ground, I don’t know how long I was unconscious for.”

The victim was taken to the hospital and treated for a concussion. She also received three stitches under her eye, according to ABC.

Comparetto said that local police asked her to not to post about the incident on social media while they continue to investigate, but she decided to share the details after months passed without an arrest. She fears that the suspect may want to find her and “finish what he started.”

Investigators said the sole clue they have aside from witness accounts is a grainy surveillance video from inside of the club on the night in question. The footage shows a Hispanic male in a red shirt, who appears to be around 5 feet 11 and in his late 20s to early 30s, dancing. The pub’s management told ABC that the man isn’t a regular and they had never seen him before that night.

If you recognize the man in the video below or have any information about the incident, contact the authorities immediately.