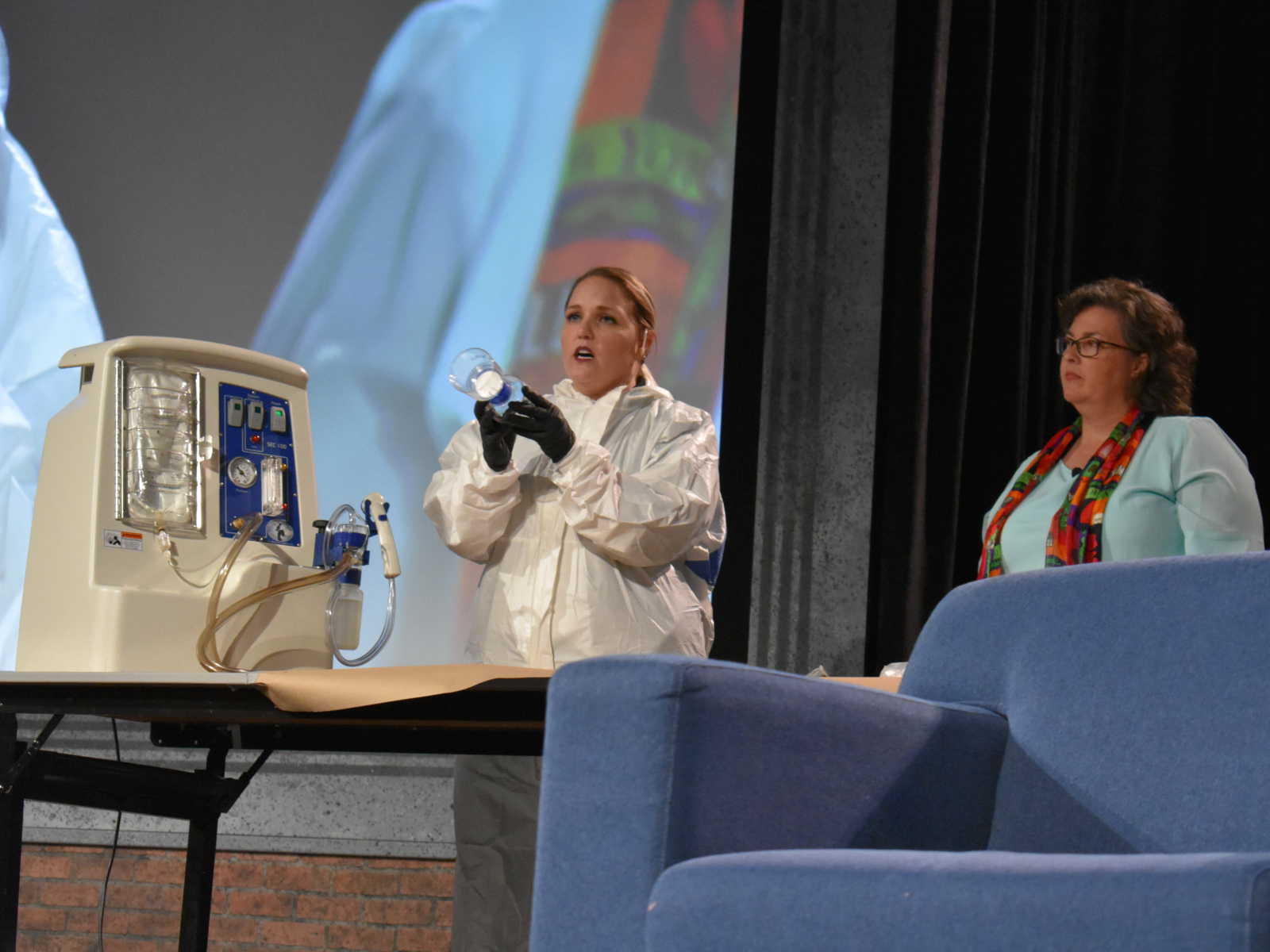 How to catch a killer with a vacuum

While there are numerous ways authorities can obtain DNA evidence in an attempt to solve crimes, one of the most common methods used in crime scene investigations and serology laboratories is sterile swabbing. Sterile swabbing, especially on porous surfaces like rocks, can be tricky since the swab may not be able to collect materials underneath the surface of the item, which in turn results in partial DNA profiles or inconclusive results.

As an audience packed into a ballroom at the 2018 CrimeCon convention in Nashville, McCollum and Pettler explained how the M-VAC causes material to release when applied to hard to reach surfaces, clothing, or anything else where potential DNA could be.

“Using the M-Vac to collect material from an item of evidence is similar to using the upholstery attachment on a Steam Carpet Cleaner or the hose with an attachment on a vacuum cleaner,” Pettler told CrimeOnline. “With the M-Vac head pressed firmly against the surface of an item, sterile liquid sprays through the nozzle of the M-VAC head onto and into the surface of item.”

“The combination of the liquid and the vacuum create enough force to dislodge material, which is transported in the sterile liquid and collected in a sterile plastic bottle. The contents of the plastic bottle is then poured over a filter leaving only the material on the filter that will be tested for DNA and analyzed at the lab.”

McCollum and Pettler demonstrated the M-VAC by using a pair of boxer shorts with a small circular blood stain on it, obtained from an actual crime case. The pair also collected DNA from a rock. As previously mentioned, the M-VAC has the ability to obtain DNA in permeable surfaces on items such as rocks and bricks, something traditional DNA testing generally cannot do.

Pettler, who changed into a Tyvek suit to explain that protective clothing and gear is used at all times during an official DNA collection process, told the audience that once the evidence is collected in the sterile cup, it’s carefully sealed into an evidence bag and sent to a crime lab for analysis.

The M-VAC has helped solved a number of crimes already, including a 40-year-old cold case after producing a full DNA profile. The DNA profile allowed authorities to obtain a CODIS hit on the FBI’s Combined DNA Index System.

The cold case involved the 1977 murder of 16-year-old Sharon Schollmeyers, who was found strangled to death in a bathtub with her own halter top shirt. Investigators on the case carefully preserved the evidence but were unable to gather a DNA hit to find the suspect. Forty years later, investigators submitted the evidence to a lab in Salt Lake City, where experts extracted a DNA sample that matched to a convicted sex offender named Patrick McCabe. The information led to McCabe’s arrest and later, a conviction for murder and aggravated burglary.

The M-Vac has gained traction and popularity with numerous law enforcement agencies across the country. Do you have an unsolved case? According to Pettler, crime victims should speak with the detectives assigned to each particular case in regards to testing evidence with the M-VAC. Law enforcement agencies with an existing case are encouraged to reach out.

Scams
SEE IT: Grandmother Lures Scammer to Home After He Pretends to Be Grandson Wanting $8K, Police Say