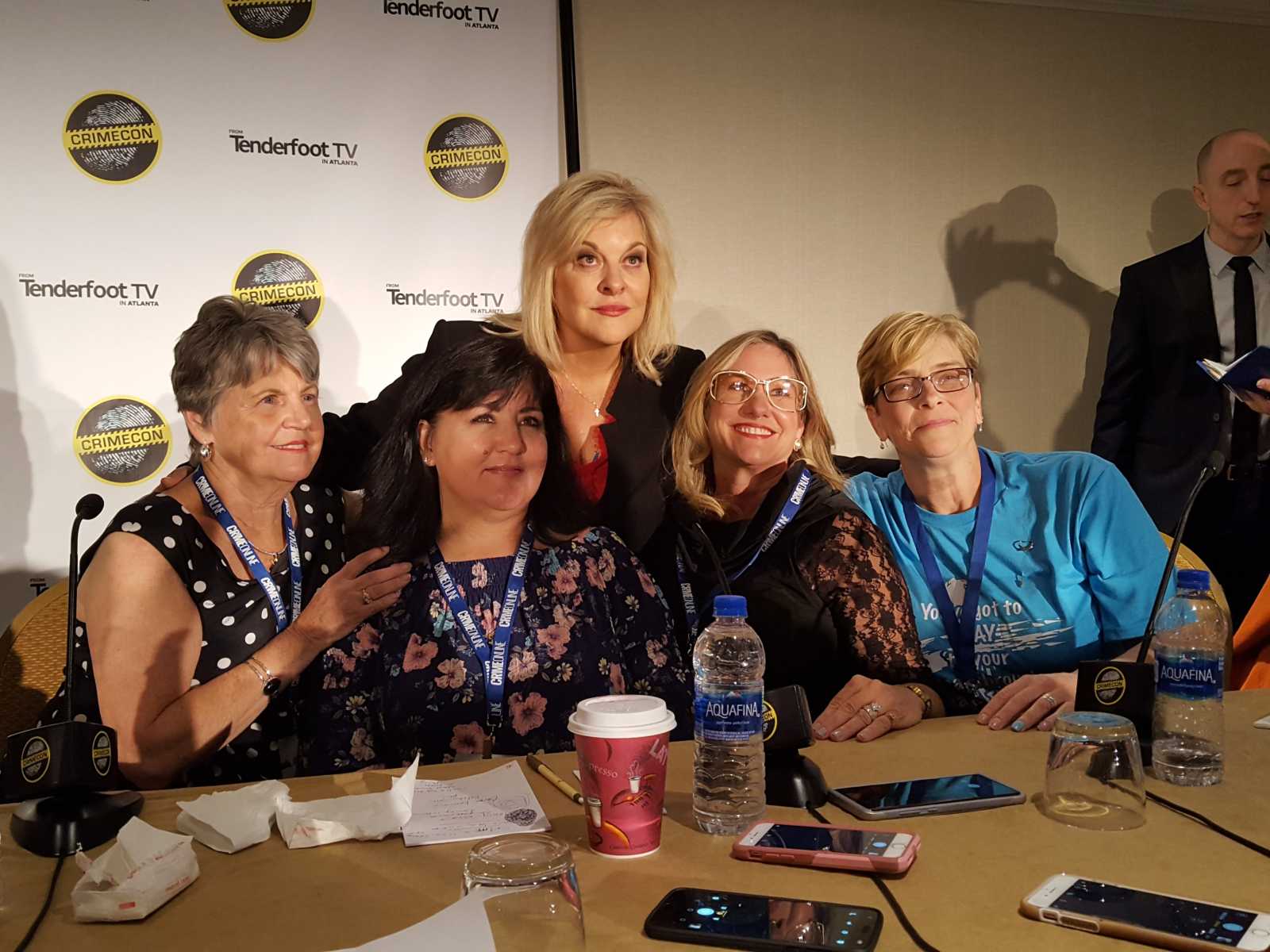 With the arrest of Joseph DeAngelo, who allegedly murdered at least a dozen people and rape more than 50 women between 1976 and 1986, the survivors and the families of the dead are telling their stories. Four of them talked to Nancy Grace for a special Crime Stories live event at CrimeCon this week.

Jane Carson-Sandler was the 5th victim of what was then known as Sacramento’s “East Area Rapist.” She is the author of “Frozen In Fear- A True Story of Surviving the Shadows of Death.” Margaret Wardlow was the youngest to be assaulted by Sacramento’s “East Area Rapist,” now known as “The Golden State Killer.” Debbi Domingo was a teenager in 1981 when the “Golden State Killer” murdered her mother, Cheri Domingo, and her mom’s her boyfriend, Gregory Sanchez.