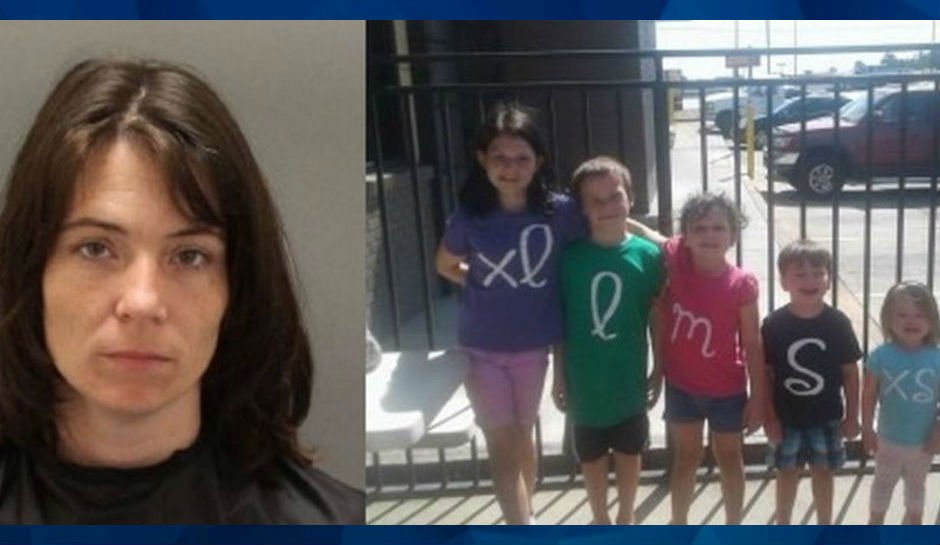 The Oconee County Sheriff’s Office is searching for a South Carolina mother who went missing with her 6 children ages one to 11 after failing to hand them over to state custody Wednesday.

According to Greenville News, Jennafer Machelle Price, 33, initially wanted to relinquish custody of the children, and reached out to the Department of Social Services with that purpose in mind.

When a judge ordered the kids removed from their mom’s care, social workers visited the family home only to discover everyone was gone.

Oconee County Sheriff’s Office spokesman Jimmy Watt said, “Apparently, she made the decision to turn them over, and said basically she couldn’t take care of them,” citing Price’s history of narcotics addiction as a possible reason. It is unknown why she appears to have changed her mind and fled with them in tow.

Arrest warrants were immediately issued for Price, who is charged with one count of custodial interference per child “for the purpose of concealing the child or circumventing or avoiding the custody order of statute.”

According to a statement issued by the Sheriff’s Office, the missing children are Alana Grant, 11, Tristan Price, 9, Nyomi Hardwick, 6, Alijah Hardwick, 4, Rylee Hardwick, 2, and Anton Hardwick, whose first birthday is Thursday.

“We’re trying to find them and find out where they are to make sure everybody is safe,” Watt added.

Price is believed to be driving a 2001 Toyota Sienna minivan vehicle with SC plate number 668KW. Anyone with current knowledge of the family’s whereabouts should call the Sheriff’s Office at 864-638-4111.