SEE IT: Chris Watts gets ‘fan’ mail, photos, love letters in jail after murdering his pregnant wife and two daughters

Though the world now knows that Colorado Dad Chris Watts is guilty of murdering his pregnant wife and two children, he has had his share of supporters since he was jailed on suspicion of murder in mid-August.

The discovery documents released by the Weld County District Attorney’s office, and first published by the Denver Channel, show that Watts had received 17 letters in jail as of August 22, just days after he was arrested for the murders of Shanann Watts and their two daughters, 4-year-old Bella and 3-year-old Celeste.

The letters sent to the Weld County Jail come from both men, women, and some reporters hoping to get an interview with Chris Watts, so that he can give “his side” of the story.

Multiple letters are from women who appear to be admirers of Watts, with one woman saying that she has become attracted to him and that she doesn’t believe the media’s portrayal of the family murders. 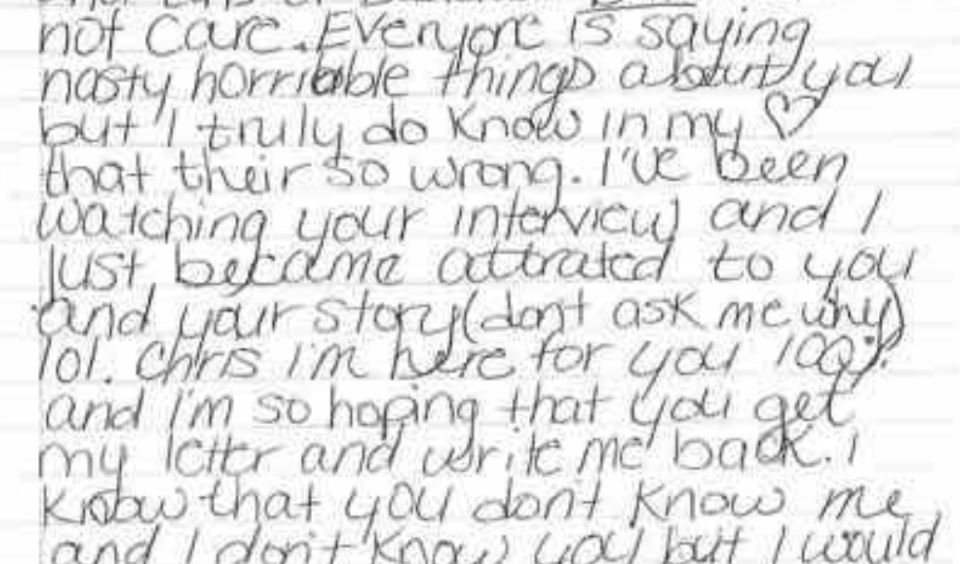 Another letter is from a supporter who says her church is “praying” for Watts, and that she believes the Thrive patch — a weight loss/nutrition product that Shanann Watts sold as a multi-level marketer — could be to blame for what happened. 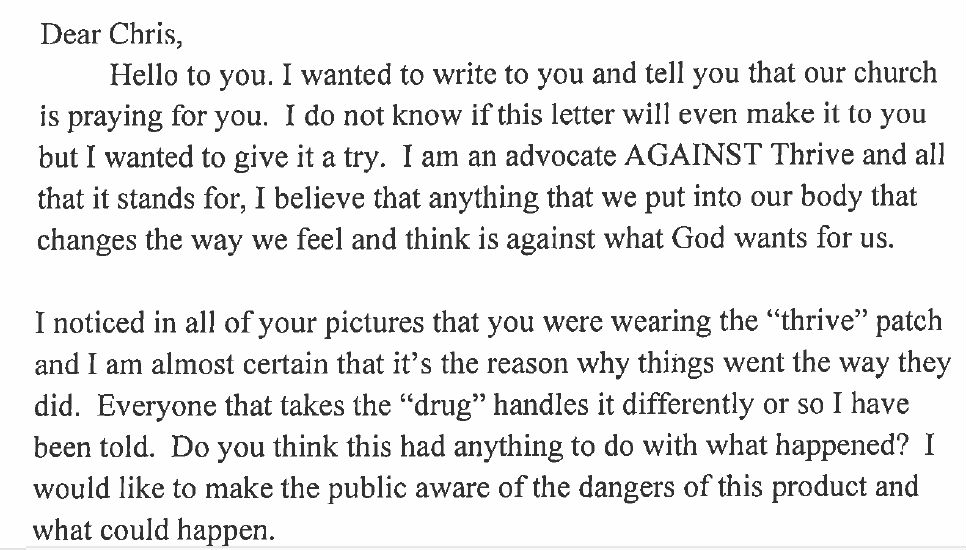 A woman sent Chris Watts a photo of herself wearing a bikini, with the note: “Here I am enjoying a day on the beach. I {heart} the water.” 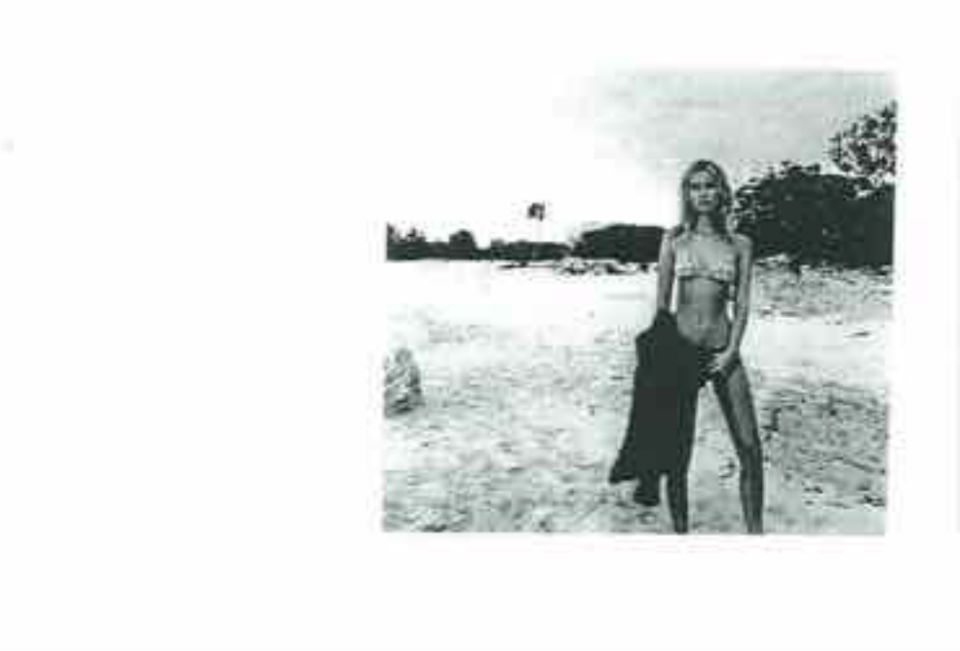 And Watts also received multiple Facebook photos from a woman in Ohio who wrote him a letter that reads a bit like a personal ad. She promised Watts that she didn’t want to talk about his case and that she would never lie to him. 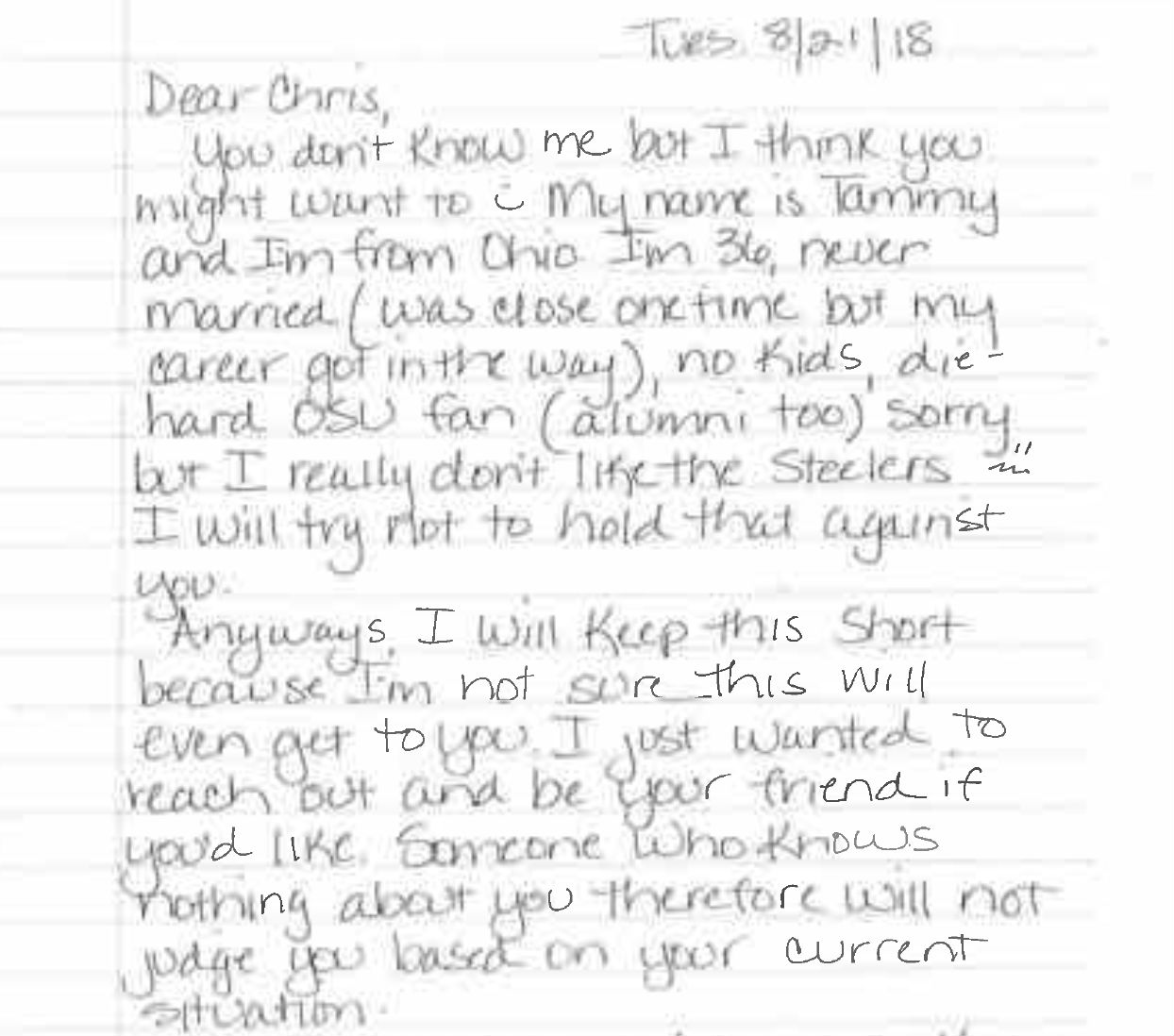 A 17-year-old boy also wrote to Watts, explaining that he became interested in getting to know him better after seeing all of the media attention about the case. 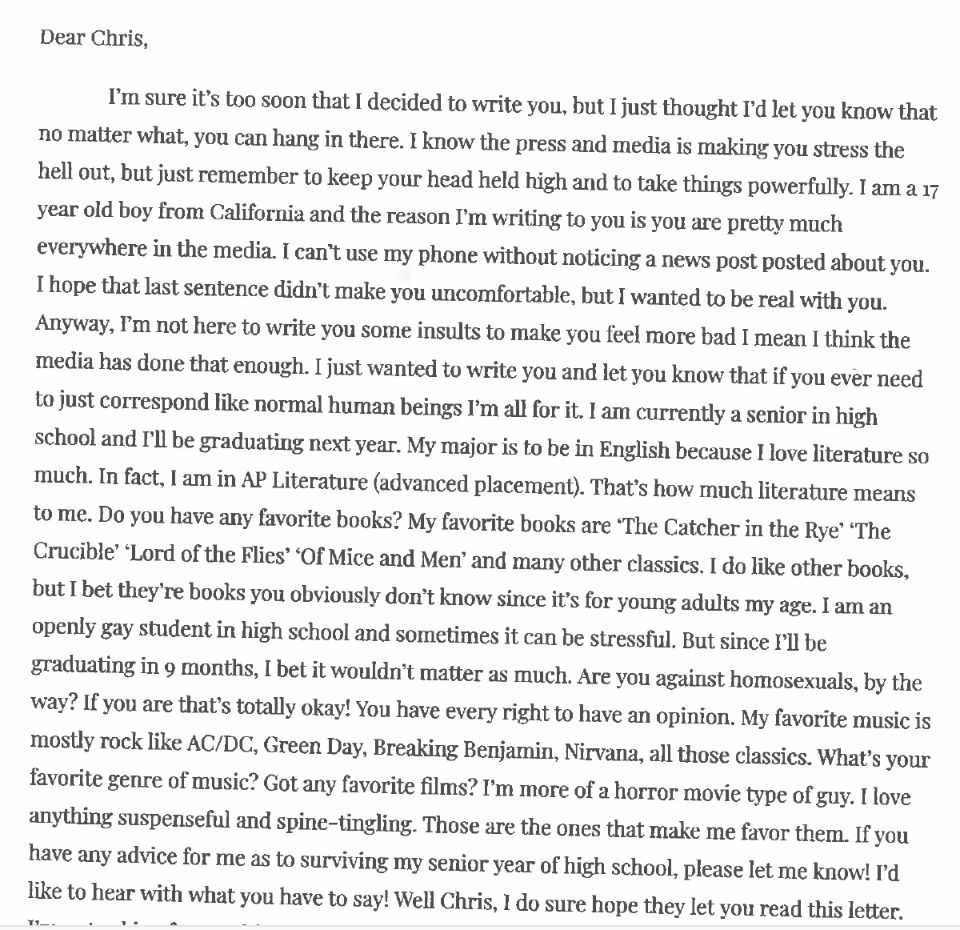 But not all of the mail was fan mail. The documents also include a letter of termination from Chris’s employer, Anadarko Petroleum, and another message that says, “Die B***h.”

Chris Watts pleaded guilty to the murders on November 19 and was sentenced to three life prison terms without the possibility of parole.