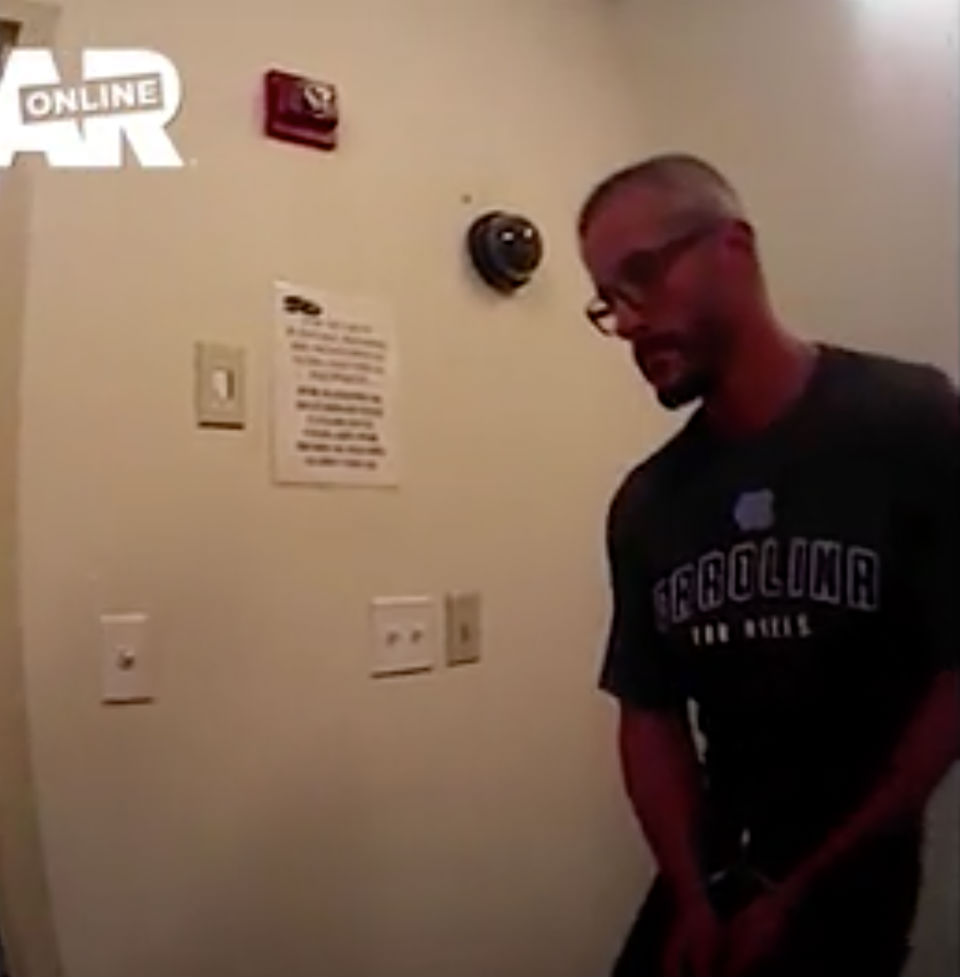 Newly released bodycam footage taken the day Chris Watts was arrested for killing his wife and daughters show the confessed murderer being handcuffed in the same interrogation room where he admitted to murdering his pregnant wife Shanann Watts.

The video obtained by RadarOnline shows the arresting Frederick Police officers instructing Watts to face a wall as police place a belt around his waist and put Watts in handcuff.

Earlier that day, after repeated denials that he had anything to do with the disappearance of his wife and young daughters, Bella and Celeste, Watts finally admitted to killing Shanann in a rage after he claimed she strangled their daughters. But less than two months later, Watts would plead guilty to all three murders and was sentenced on November 19 to three life prison terms without the possibility of parole.

The new bodycam footage shows Watts being cuffed and his ‘perp walk’ to a waiting police vehicle, which presumably took him to the Weld County Jail.