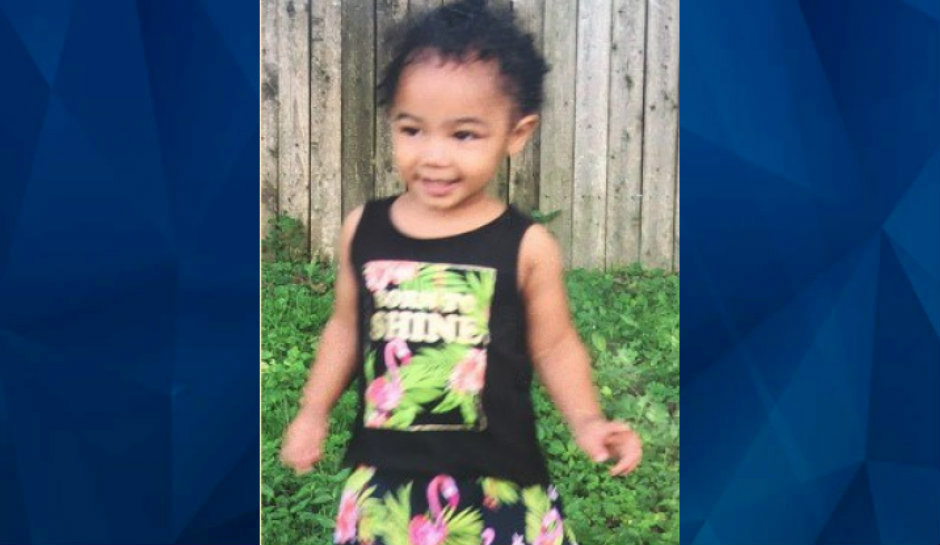 An AMBER Alert has been issued for a Pensylvania toddler who disappeared Saturday. The FBI, as part of the Child Abduction Response Team, is helping with the search.

According to the Pennsylvania State Police, Sharena Nancy, 25, is accused of abducting 1-year-old Nalani Johnson, from Penn Hills. Nancy and her car, a 2017 black Toyota Prius, have been found but the little girl was not inside the vehicle.

Family members said Nancy was giving an Uber ride to Nalani and her father, according to News 11. When Nalani’s father got out of the car, Nancy allegedly sped away with the child still inside.

“She was in a car seat in the back and he went around to get the car seat out with his daughter. And at the time he had his hand on the door and she drove off,” Nalani’s grandfather, Paul Johnson, told the station.

AMBER ALERT: The Penn Hills Borough Police Department in Allegheny County is searching for Malani Johnson, 2. She has…

Authorities have been questioning Nancy at the Penn Hills Police Department, but she’s reportedly not being cooperative. Police said Nancy’s car was located off of Rodi Road in Penn Hills.

Nalani is described as a black female with black hair and brown eyes. She was last seen at the intersection of Bryant and Clay Drives in Penn Hills. She was wearing a black shirt, black sandals, and a floral-designed skirt.

Allegheny County police said Nalani is of “average height and weight” for a female of her age. Nalani is a few weeks shy of her 2nd birthday.

🚨AMBER ALERT -Toddler reported to have been abducted by Uber driver UPDATE 9-1-19: The 25-year-old woman who allegedly…

Anyone with information is urged to contact 911 or the Penn Hills Borough Police Department at 412-473-3705.

**EDITOR’S NOTE**: A previous reported indicated Nancy was the child’s mother. The report has been updated to reflect that the alleged abductor was an Uber driver.