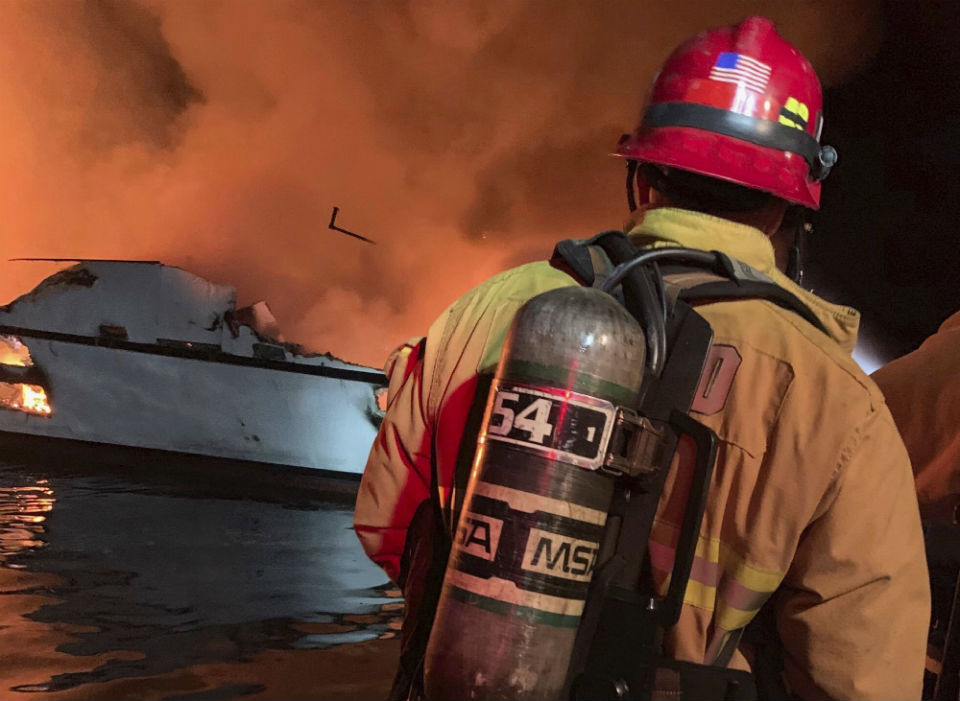 The commercial diving boat that caught fire in the early hours of Sunday morning has since sunk in waters off the southern California coast, CBS Los Angeles reports.

The Coast Guard said in a statement obtained by the news station that the 75-foot-long charter boat sank in about 64 feet of water where it was docked, about 20 feet from shore, near Santa Cruz Island.

There are conflicting reports about the number of people aboard the boat and how many died, but multiple agencies have confirmed fatalities. According to multiple reports, there were at least 30 passengers aboard the vessel, perhaps as many as 34; all or most are believed to have been below deck when the fire broke out in the early morning hours of Monday morning. Five people, possibly crew members, were rescued after the Ventura County Fire Department responded to a barely decipherable mayday call shortly after 3 a.m.

The VCFD said earlier Monday that 34 people were killed; but the Coast Guard refused to confirm that number, according to KTLA.

According to the recent CBS Los Angeles report, 33 people remain unaccounted for. The Coast Guard is reportedly searching the area to see if anyone escaped the boat by jumping or diving off.

Authorities have not yet commended on a possible cause of the fire.