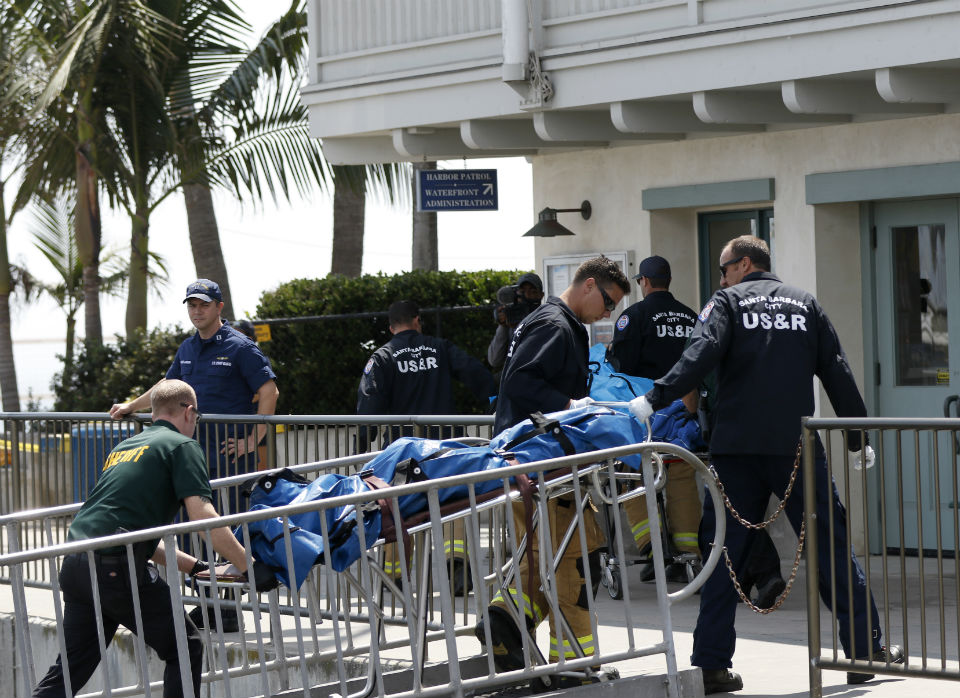 More bodies have been located in the waters near Santa Cruz Island where a dive boat erupted into flames Monday morning, bringing the confirmed death toll to 25.

Nine people remain unaccounted for more than a day after the disaster.

Coast Guard Lt. Commander Matthew Kroll told the Associated Press that only 20 of the 25 located bodies have been recovered, due to unsafe conditions beneath the Conception, a 75-foot-vessel that sank into about 65 feet of water after it burned, leaving the bow of the boat exposed above the waterline.

As CrimeOnline previously reported, five crew members who were awake and above deck jumped off the boat and were aided by a nearby pleasure boat. The captain of the Conception made a distress call to the Coast Guard about the passengers, telling the operators that over 30 people were below deck and likely unable to get out.

Santa Barbara County Sheriff Bill Brown told KABC that authorities do not have a full manifest of everyone who was on board the Conception, and that it will likely take some time before the victims can be identified. Due to the condition of the bodies, DNA testing will be required to identify most of the remains, the sheriff said.

According to the Los Angeles Times, the crew members were in a dinghy when they banged on the wall of the fishing boat the Great Escape. The boat’s owners told the newspaper that one of the crew member was crying, saying that his girlfriend was still below deck. The crew members also said that they had celebrated the birthdays of three passengers the night before, including a 17-year-old girl.

Authorities are still investigating the cause of the fire.