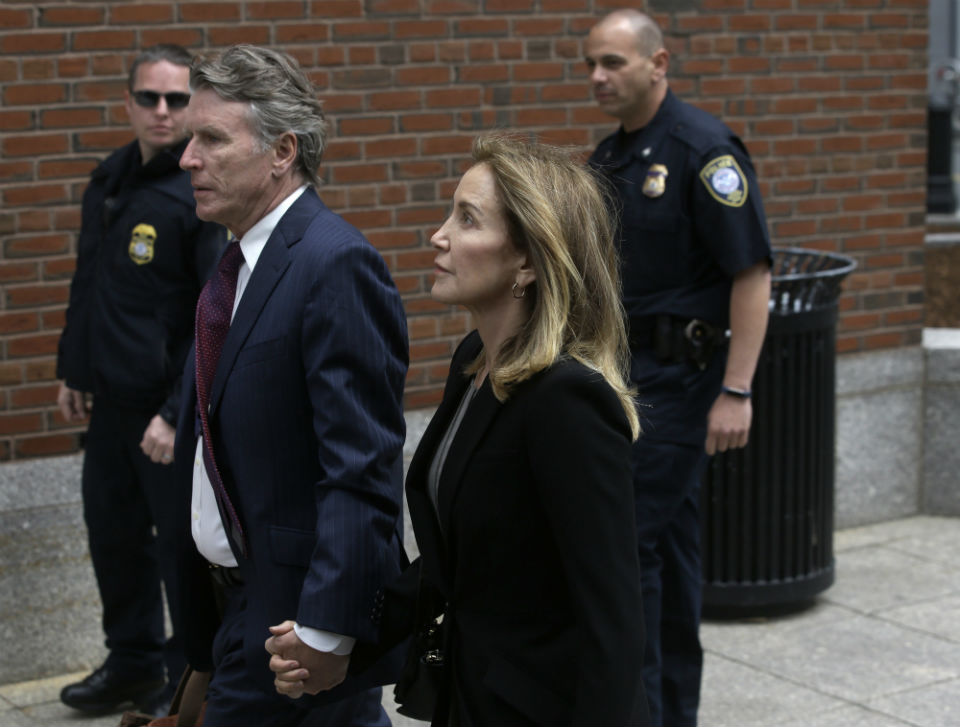 ‘Desperate Housewives’ actress Felicity Huffman will spend time in prison for trying to bribe her daughter’s way into college — if federal prosecutors get their way.

TMZ reports that the U.S. Attorney filed court documents on Friday recommending that Huffman pay $20,000 in fines and spend one month in jail — a lesser sentence than prosecutors’ previous recommendation of 4 to 10 months.

As the TMZ report notes, the prosecutors’ argument in the court filing suggest that the feds want to make an example of the wealthy celebrity’s reliance on her Hollywood power and connections, and apparent entitlement in believing she might get away with helping her daughter cheat her way into an elite college.

“For wrongdoing that is predicated on wealth and rationalized by a sense of privilege, incarceration is the only leveler: in prison everyone is treated the same, dressed the same, and intermingle regardless of affluence, position or fame,” the prosecutors reportedly wrote.

“Millions of parents send their kids to college every year. All of them care as much as she does about the children’s fortunes. But they don’t buy fake SAT scores,” the statement continued, according to the filings obtained by TMZ.

Meanwhile, Huffman’s attorneys have asked that the actress get one year of probation instead of any prison time, along with a $20,000 fine — the same amount recommended by federal prosecutors — and 250 hours of community service.

Citing court documents, TMZ reports that Huffman’s lawyers have argued that she has already paid a steep emotional and economic price for her crimes; stating that her two daughters are still “deeply angry” at her and that Huffman is unable to get auditions or new acting roles in the wake of the scandal.

After her arrest earlier this year on suspicion of paying $15,000 in bribes to help her daughter cheat on a college entrance exam, Huffman admitted to her role in the wide-ranging college admissions scandal that resulted in dozens of arrests. She offered a public apology and pleaded guilty to conspiracy to commit mail fraud and honest services mail fraud.

According to TMZ, a number of A-listers have rallied around Huffman, including her actor husband William H. Macy and her former “Desperate Housewives” co-star Eva Longoria, who were among more than two dozen people who both wrote letters to a judge in support of Huffman.