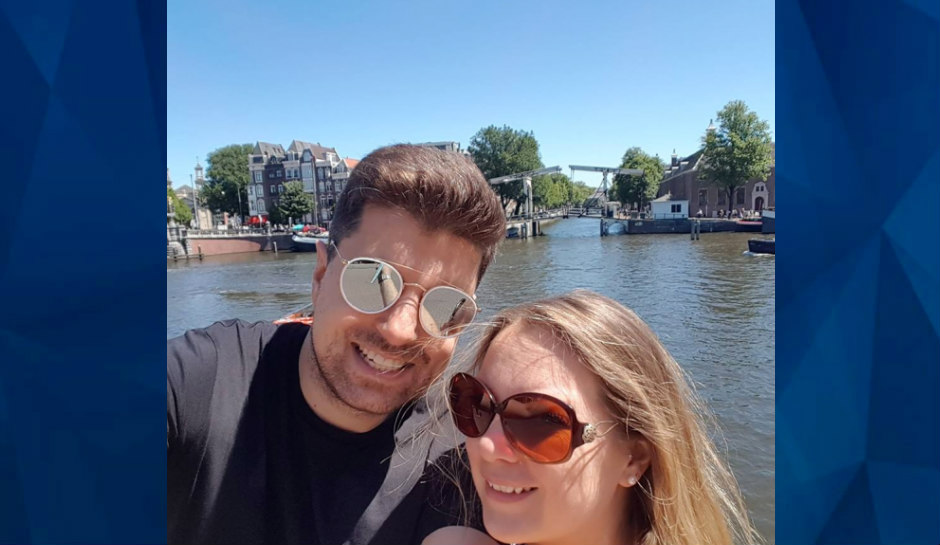 ‘I have a present for you’: Husband tells wife to close her eyes for surprise, stabs her in the neck with a knife

A husband on trial for attempted murder was convicted last week of stabbing his wife in the neck after asking her to close her eyes and wait for a surprise.

Kent Online reports that 34-year-old Shaun May, who faced trial at the Maidstone Crown Court in Kent, England, stabbed his wife, Laura May, in the neck in an unprovoked and sudden attack. Prosecutor Robin Griffiths told the jury that that couple had recently returned from a trip from Korea and that Laura had no idea that there were any issues in the marriage.

Griffiths said the defendant, however, planned the attack after his employer fired him for buying Amazon items from a work account. He thought he would have issues paying their mortgage and said he intended to kill himself afterward.

The incident occurred, according to the prosecution, shortly after “engaging in some sexual activity.” May asked his wife if she wanted a present, then placed a towel over her eyes and started counting down from ten.

Laura then felt a knife plunge into the back of her neck, in between her shoulders.

“Then it was just silent, and I suddenly felt a pressure on my shoulder. I thought an animal had been thrown on me, something was clawing at me.”

The prosecutor claimed that May stabbed his wife with so much force that the handle of the knife broke.

“I was screaming, ‘I can’t get it off, I can’t get it off’. I must have reached up there at some point and realized there was nothing there, no animal. But there was something rectangular in there,” Laura testified, according to the outlet. “I thought it was a clamp or some kind of Halloween prop because I could feel blood trickling down.”

Laura said that she looked at her husband, who had two knives in his hands, threatening to kill himself. She said she pleaded with him to put the knives away and explain why stabbed her. The defendant told her he lost his job and was worried about their future.

Laura reportedly drove herself to a hospital and initially said she fell down and injured herself, but under a nurse’s questioning, ultimately admitted that her husband stabbed her.

The defendant is scheduled for sentencing in October.