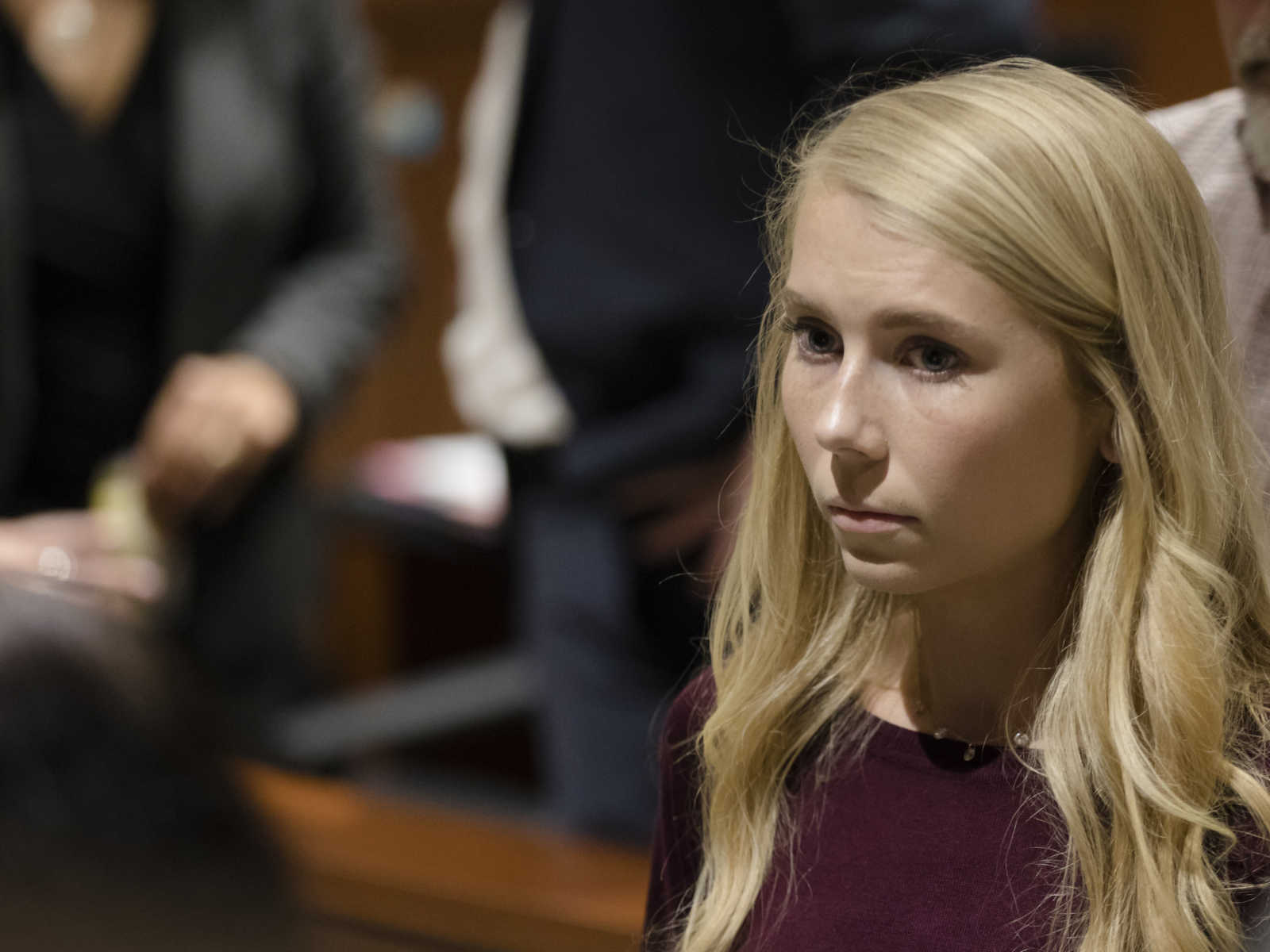 The murder trial against an Ohio woman accused of killing and burying her newborn daughter continued on Tuesday in a Warren County courthouse, where the jury viewed photos of the suspect ready for prom night while nine months pregnant.

Brooke Skyler Richardson, now 20, went to her high school prom with boyfriend Brandon Saylor, on May 5, 2017, two days before she gave birth to an infant girl, Annabelle. The prom photos were presented along with numerous other childhood photos of the suspect for “general character evidence.”

Prosecutors said Richardson intentionally killed her baby after secretly giving birth in a bathroom at her parents’ Carlisle home, then burying the infant in a backyard shallow grave. The defense argued that Richardson gave birth to a stillborn baby and buried the child only after trying to care for her for an hour, without luck.

Richardson knew she was pregnant when she attended prom, but she told no one. Friends and family said they had no clue that Richardson, 18 at the time, was harboring such a secret.

On May 7, Richardson sent a text message to Brandon. She said she’d been experiencing bad cramps throughout the previous night, but never let on it had to do with pregnancy. She also didn’t disclose that she gave birth hours after attending prom with him.

“I’ll tell you about it later but last night was like the worst ever and I didn’t go to sleep till 5.30 but I feel sooooo much better this morning I’m happy.”

Brandon was not the father of the child. Richardson began dating him after a month-long fling with another student, Trey Johnson, who was later determined to be the father. Johnson testified last week that he never knew anything about the baby until investigators approached him in 2017, after the baby had died, and asked him for a buccal swab.

Richardson’s father took the stand Tuesday. When questioned about her weight gain as shown in the prom photo, he said his daughter always had issues with fluctuating weight. He didn’t think anything of the weight she had put on at the time. He claimed she began having eating problems at around age 12.

“She didn’t eat normally around us,” Scott Richardson said. “There was a children’s medical center and several therapists. Nothing really seemed to help.”

Scott Richardson insisted he never knew his daughter was pregnant, adding that he would have supported her had he been aware.

He also said he regretted not getting his daughter an attorney before detectives questioned her. The defense previously said that investigators led Richardson into a false confession of killing and burning her baby.

The trial is scheduled to continue Wednesday morning.

Read more about the Brooke Skylar Richardson case below.

Cheerleader murder trial: Brooke Skylar Richardson searches how to ‘get rid of a baby’ before killing, burying newborn, prosecution says