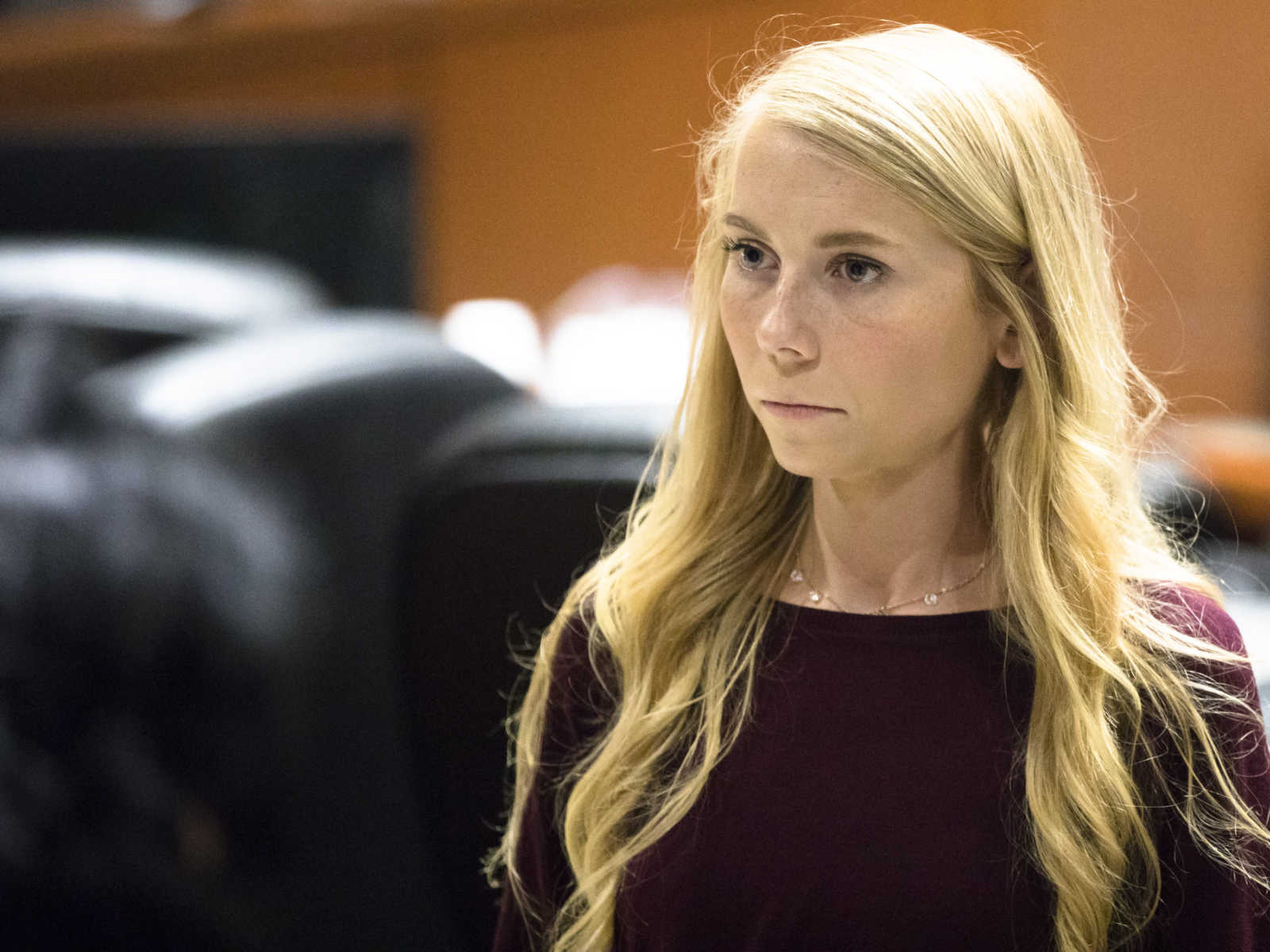 During closing arguments Wednesday in the murder trial against an Ohio woman accused of killing and burying her newborn, a doctor testified that the defendant has a personality disorder that prevents her from standing up for herself.

Brooke Skylar Richardson’s defense attorneys hired Dr. Stuart Bassman to examine her after she was charged with murder and other related charges in connection with the death of her newborn daughter, Annabelle, in 2017.

Brooke, now 20, secretly gave birth to the baby when she was 18, inside her parents’ Carlisle home. She then buried the baby in her family’s backyard and didn’t tell anyone until almost two months later, when her doctor questioned about her where the infant was.

Bassman testified Wednesday that Richardson has “dependent personality disorder,” meaning she’s terrified of rejection and was easily manipulated by the two detectives who questioned her about how her newborn died.

During Richardson’s second interrogation on July 20, 2017, she admitted she burned her baby and may have killed her by squeezing her too hard. The defense argued that she was forced into a false confession. Bassman’s assessment backed up those claims; he said Richardson could have told the detectives what they wanted to hear in order to please them.

“It is my opinion that Skylar Richardson suffers from a mental disorder that predisposes her to compliance with people in authority,” Bassman said. “I read in the transcript about her being force-fed about her setting fire to a baby, her being force-fed about hearing a sound, even though she adamantly said ‘no.’ That, in one sense, was remarkable for Skylar to say ‘no,’ but unfortunately, she was worn down.”

During her first interrogation, Richardson told Detective Brandy Carter with the Warren County Sheriff’s Office former Warren County Lt. John Faine that her baby was stillborn. She said after she cared for Annabelle for around an hour and cried while hugging her, she decided to bury the baby in a makeshift grave in her family’s backyard, between two trees.

She claimed she never killed her baby and would have never harmed the infant.

When the second interrogation rolled around a few weeks later, the detectives told Richardson they had “scientific evidence” that proved she burned the baby. Richardson denied the allegations numerous times. Then, around an hour into the interview, she said she may have killed the baby on accident.

Richardson also admitted she tried to cremate Annabelle by burning her with a lighter.

During cross-examination, Assistant Prosecutor Julie Kraft said even though Richardson has a dependent personality disorder, that doesn’t mean she didn’t kill Annabelle.

“It doesn’t mean she did,” Bassman replied.

In May 2017, shortly after going to prom with her boyfriend, Brandon, Richardson gave birth alone in the night. She told detectives she sat on a toilet and heard a “plop” sound as the baby came out.

Richardson sent a text message to Brandon after the birth. She never let on that she had given birth or that she buried the baby. Instead, she complained about stomach cramps but said she felt better.

“I’ll tell you about it later but last night was like the worst ever and I didn’t go to sleep till 5.30 but I feel sooooo much better this morning I’m happy.”

It was later determined that Brandon was not the father of the child, but instead, the father was named as Trey Johnson, a student Richardson dated prior to Brandon.

Richardson’s relationship with Johnson was short-lived. They dated around a month or so before she reportedly broke up with him, and blocked him on social media.

Months went by and Richardson carried on with her life. Then, in July, Richardson’s physician, Dr. Andrew from Hilltop OBGYN pressed her on the baby’s whereabouts. Dr. Andrew was the only person that knew about the baby at the time, and he only found out after determining Richardson was pregnant during a checkup.

Dr. Andrew said he didn’t tell Richardson’s parents about the pregnancy because she begged him not to. Richardson then missed all of her prenatal appointments and didn’t contact the doctor again until she was questioned about the baby. She said the baby was stillborn and admitted she buried her. Richardson claimed no one knew about it.

With no witnesses, there was no way to determine if Richardson told the truth. A coroner couldn’t determine a cause of death. Yet, prosecutors insisted that Richardson killed and buried her baby in an attempt to move on with her life without the responsibilities of caring for an infant.

“This case was about a massive rush to judgment,” Rittgers told the jury last week, arguing that Richardson never killed her child since the child was stillborn.

Assistant Warren County Prosecutor Steven Knippen argued that Richardson did nothing at all that would suggest she tried to care for the infant.