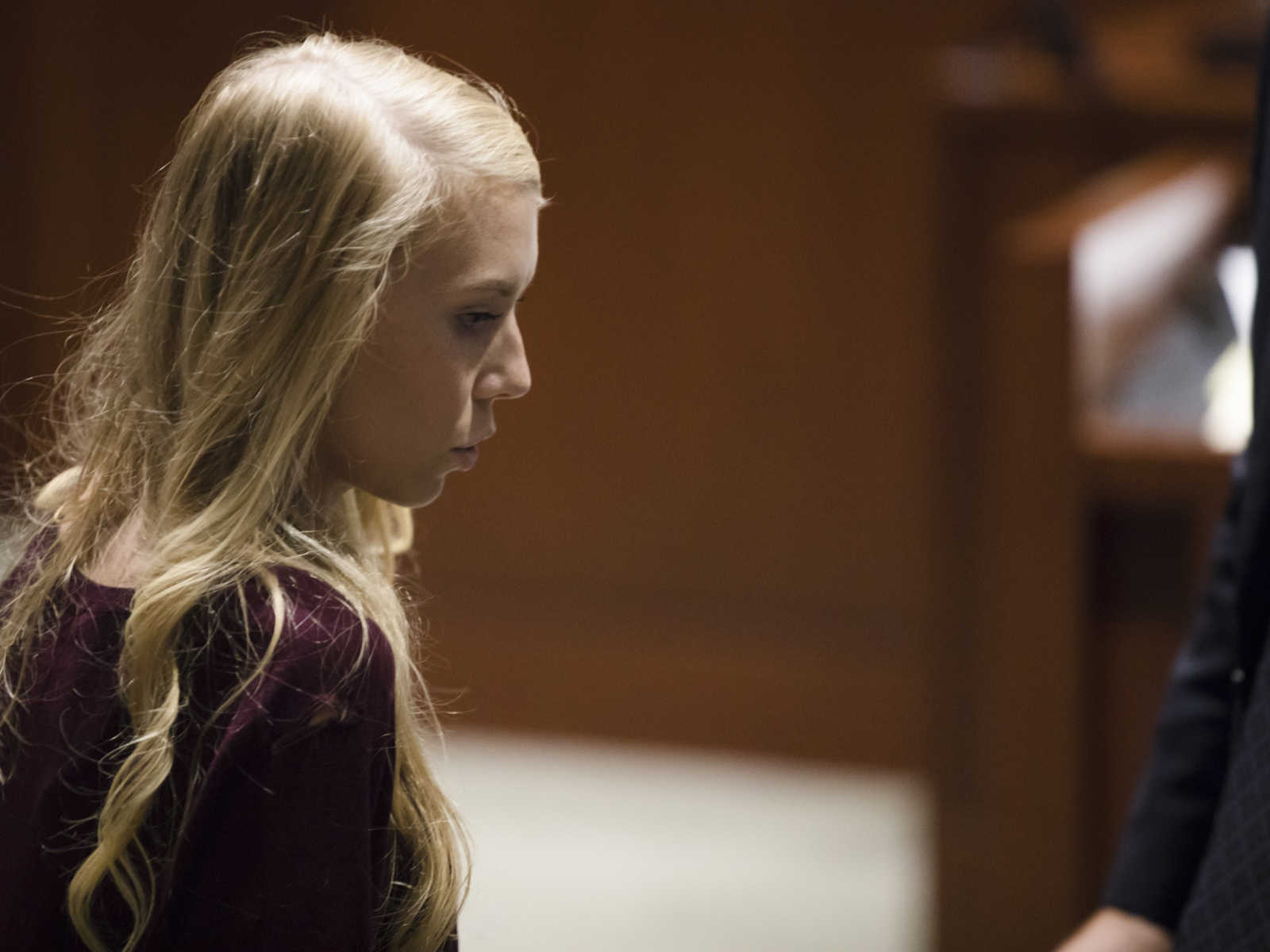 An Ohio woman convicted of abusing a corpse after she buried her stillborn baby in her family’s backyard was sentenced Friday morning inside a Warren County courtroom, after facing the newborn’s paternal grandmother, who opted to provide a victim impact statement.

As CrimeOnline previously reported, Brooke Skylar Richardson, 20, was on trial for aggravated murder, involuntary manslaughter, child endangerment, and abuse of a corpse in connection with the 2017 death of her newborn baby, Annabelle.

On Thursday, a jury found Richardson not guilty on all charges except for abuse of a corpse.

Warren County Common Pleas Judge Donald Oda II ordered Skylar to serve three years of supervised probation while warning her that any violations of the probation could result in jail time.

The paternal grandmother of baby Annabelle, Tracy Johnson, was visibly upset as she looked down at her notes during the hearing, and read a statement on how the past two years have affected her and her son, Trey Johnson, who was confirmed to be the baby’s father.

Tracy Johnson said that since the incident, she’s been depressed and has avoided family functions. She also accused Richardson of referring to Annabelle as “a baby she called ‘it,” while refusing to tell the baby’s father, Trey Johnson, that she was even pregnant.

“Not only did I lose my first grandchild, but my baby boy lost his daughter,” said Johnson. “For a baby that she called ‘it,’ we’re just as much the family as she is.”

“I would have taken her in with Trey without a question. Now, instead, every May 7, I don’t get to have a birthday party for my first grandchild. Instead, I send her balloons to heaven, to tell her how much her daddy loved her, and how much I loved her.”

Richardson apologized to the Johnson family and admitted she had been selfish.

“I’m forever sorry,” Richardson replied while looking over her shoulder toward Tracy Johnson. “I’m so sorry.”

Judge Oda told Richardson that baby Annabelle likely would have been alive today if not for her decisions to conceal the pregnancy and birth.

“I firmly believe Ms. Richardson, in fact, I know in my heart that if you would have made different decisions in this case, Annabell would be here today. I think that your choices before birth, during birth and after show a grotesque disregard for life.”

Oda also gave the infant’s remains, which have been kept by authorities as evidence, to the Richardson family for a proper burial.