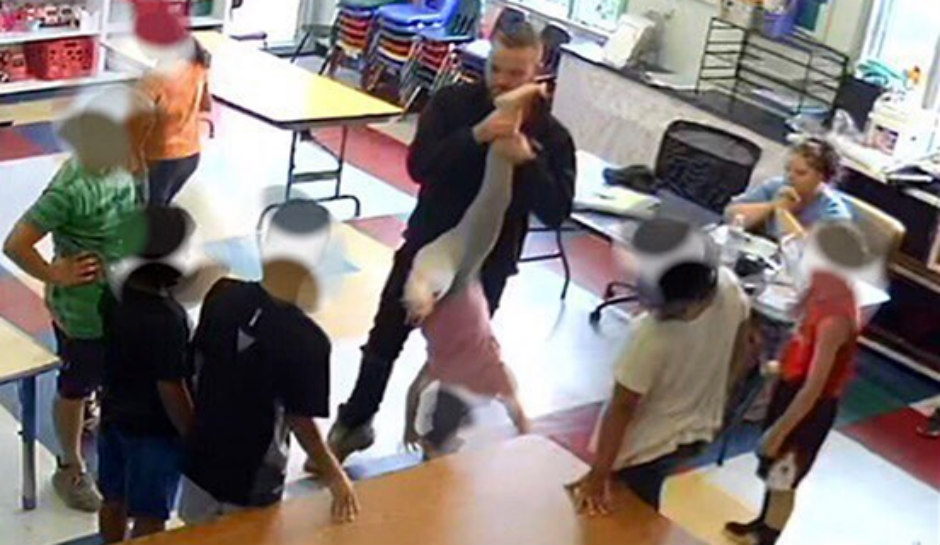 Two Ohio daycare workers are facing charges after they allegedly sat by and allowed other children to bully a young girl.

ABC30 reports that two former daycare workers at the Worthington Learning Center in Columbus, identified as Joshua Tennant, 27, and Emma Dietrich, 31, were arrested Tuesday following complaints about an alleged “extreme bullying” incident that took place last month at the daycare.

Authorities said the two workers stood by on August 13 while older students bullied a 5-year-old girl. The students allegedly hit, grabbed, and dragged the little girl, then held her down when she tried to escape.

Dietrich and Tennant are accused of sitting at a table in the same daycare room where the bullying took place and failing to intervene.

Security footage showed the little girl visibly upset, curled up in the fetal position. It also captured Tennant picking the child up by her ankle and putting her back on a rug next to other children, according to police.

FOX 8 reports that the licensed daycare center has had safety issues in the past. Lack of child abuse training, which is a staff requirement, was one of the violations.

According to police, Dietrich and Tennant are accused of letting the incident happen as a way of disciplining little girl. They’ve both been charged with child endangerment.

“This case remains an ongoing investigation,” Columbus authorities said after releasing a photo of the incident. “While we are protecting the identity of the 5-year-old victim, we want to share with you the severity of what little girl endured in a learning center.”

The daycare center is reportedly cooperating with the investigation. Check back for further details.