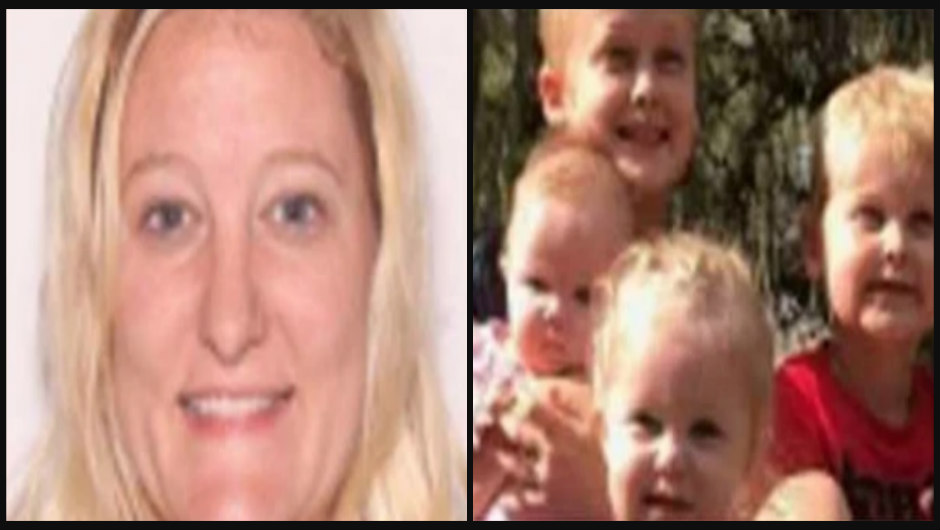 A Florida man is behind bars after authorities say he killed his wife and likely killed their four children.

According to the Marion County Sheriff’s Office, detectives found the remains of 32-year-old Casei Jones near Brantley County, Georgia on Monday morning. On Monday afternoon, detectives located four small bodies believed to be Jones’ children. The bodies were sent to a medical examiner for positive identification.

As CrimeOnline previously reported, Jones disappeared from the Ocala area with her four children who range in ages from 1 to 10. Their family contacted police six weeks after their disappearance and said they were worried about their safety. The missing children have been named as:

Detectives located Jones’ husband in Georgia, identified as Michael Wayne Jones Jr. after he was involved in a traffic accident. Authorities found Casei Jones’ remains inside the vehicle the suspect was driving. Jones Jr. then led detectives to the children’s remains, according to police.

“Based upon the evidence located during the investigation and interviews with Michael Jones by Marion County Sheriff’s Office detectives, it is believed that Michael Wayne Jones, Jr. murdered the victims in Marion County, Florida, at their Summerfield home, located at 14680 SE 86th Terrace,” authorities said.

PRESS CONFERENCE: MOTHER FOUND DECEASED AND HUMAN REMAINS FOUND BELIEVED TO BE THOSE OF THE MISSING CHILDREN

PRESS CONFERENCE: MOTHER FOUND DECEASED AND HUMAN REMAINS FOUND BELIEVED TO BE THOSE OF THE MISSING CHILDRENMarion County, Florida [Monday, September 16, 2019] – Marion County Sheriff’s Office (MCSO) detectives have confirmed that they have located the remains of four children in Brantley County, Georgia. Detectives believe the remains may be those of four missing Marion County children: Cameron Bowers (DOB 9/12/2009), Preston Bowers (DOB 8/22/2014), Mercalli Jones (12/09/2016), and Aiyana Jones (DOB 8/10/2018).Earlier today, detectives confirmed they had located the body of Casei Jones (DOB 12/23/1986), the mother of the four missing children, in Brantley County, Georgia. On Saturday, September 14, the family of Casei Jones contacted the Marion County Sheriff’s Office to report her as missing. The family stated they had not seen her for approximately six (6) weeks. Detectives developed the victim’s husband, Michael Wayne Jones, Jr. (DOB: 5/1/1981), as a person of interest. On Sunday, September 15, Michael Wayne Jones, Jr. was located in Brantley County, Georgia, following a traffic accident. Casei Jones’ remains were found in the vehicle that Michael Wayne Jones, Jr. was driving at the time of the accident. He later led detectives to the remains of four children. Although the remains have not been positively identified, detectives believe they are the remains of the four missing children.Based upon the evidence located during the investigation and interviews with Michael Jones by Marion County Sheriff’s Office detectives, it is believed that Michael Wayne Jones, Jr. murdered the victims in Marion County, Florida, at their Summerfield home, located at 14680 SE 86th Terrace. Detectives believe he stored the bodies at his home and in his van for several weeks before transporting them to Brantley County, Georgia. A warrant has been issued for the arrest of Michael Jones for having committed the offense of Second Degree Murder in Marion County, Florida. More charges may be forthcoming.

Jones is behind bars facing second-degree murder charges. Other charges are expected to follow.

The investigation is ongoing. Anyone with any information on the case is urged to call the Marion County Sheriff’s Office (352) 732-9111.