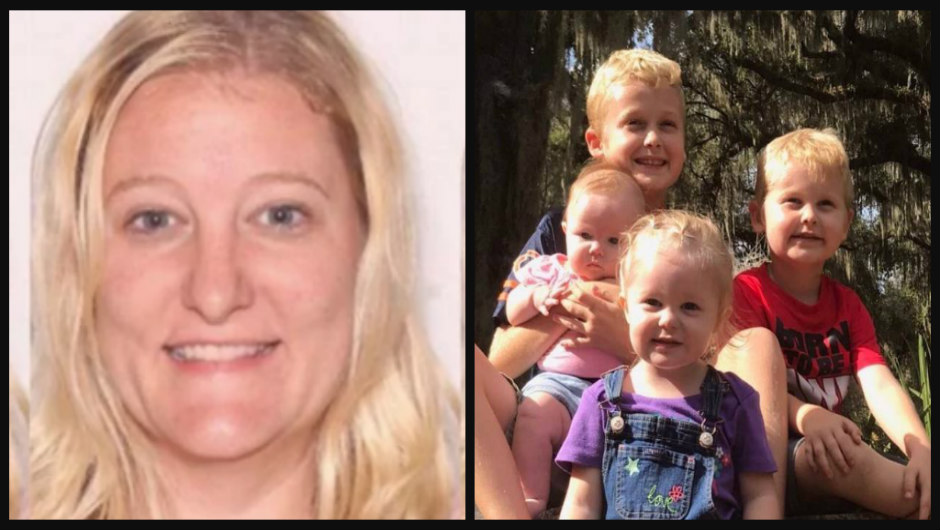 New details emerged in the case of a missing Florida woman who was found deceased Monday, along with all four of her children.

According to the Brantley County Sheriff’s Office, 38-year-old Michael Wayne Jones Jr., the husband of Casei Jones, was involved in a car crash close to Hickox, Georgia, on Monday, when authorities made a grisly discovery. Officers who responded to the scene smelled a foul odor coming from the man’s vehicle and Jones allegedly fessed up as soon as authorities asked him about the scent.

“You may want to put me in handcuffs because there is a dead body inside the vehicle,” Jones reportedly said, according to CBS 17.

Jones then allegedly admitted that he had hidden the bodies of all four of Casei’s children in the woods in nearby Charlton County before the crash. Charlton authorities found the remains of four small bodies where Jones said they would be, according to police.

Two of the children were the suspect’s biological children and two were stepchildren. Although the GBI Medical Examiner’s Office will officially identify the victims, police believe that they found the remains of:

Investigators said that Jones likely murdered his entire family at Casei’s home in Summerfield, Florida, before he “stored the bodies at his home and in his van for several weeks before transporting them to Brantley County, Georgia,” according to a statement by the Marion County Sheriff’s Office.

Casei and her children had not been seen in six weeks before loved ones reported them missing. Family members said someone was responding to text messages from Casei’s phone, apparently passing themselves off as her, which is why there was a delay in reporting them missing.

According to police, Caseei’s mother contacted the Marion County Sheriff’s Department and told them she was afraid Jones had something to do with their disappearance.

Sgt. Paul Bloom, an officer with the Marion County Sheriff’s Department, confirmed that Casei’s mother told police that she thought she’d been sending electronic messages back and forth with her daughter for weeks, according to The New York Times. The sheriff’s department is currently searching online records and phone records.

Deputies initially went to Casei’s Summerfield home to look for the family. The home was vacant, but deputies reported a “foul odor of decomposition” from the residence, police records state. At that point, authorities considered the residence a crime scene and expanded their search for the family, which ultimately ended in tragic news.

“Unfortunately, true evil poked its head up here in Marion County. That’s about the only best way to describe it,” Marion County Sheriff Billy Woods said during a press conference Monday. “He has no right to walk on the face of this Earth, and I’d hate to be him when he stands before the Lord.”

Jones is currently facing a second-degree homicide charge in connection with Casei’s death, but more charges are expected to follow, pending positive identification of the children.

The investigation is ongoing. Anyone with any information on the case is urged to call the Marion County Sheriff’s Office (352) 732-9111.