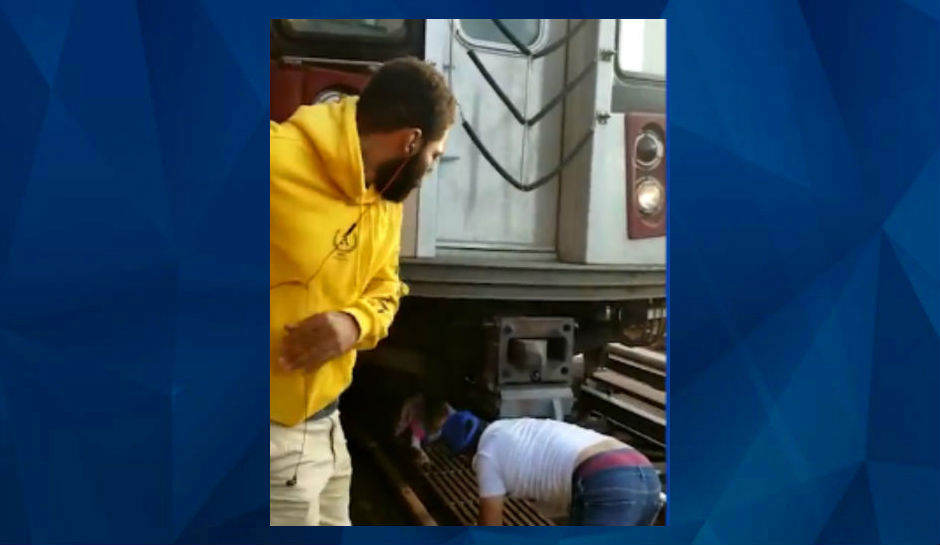 SEE IT: Dad jumps in front of subway train while holding his 5-year-old daughter

A man in New York City leapt to his death on a subway track — while holding his 5-year-old daughter in his arms.

The New York Post reports that a 45-year-old man took his daughter into his arms and jumped in front of a subway train in the Bronx on Monday morning, ending his life. The little girl survived, but was trapped under a subway train until onlookers jumped onto the tracks to rescue her.

Cell phone video obtained by the New York Post shows the dramatic rescue, as a crowd of people gathered around, shouting encouragement to the girl and the Good Samaritans who helped her. Eventually, the rescuers pull the girl out from under the train and place her back on the platform.

According to the New York Post report, the girl’s only visible injury was a cut on her forehead. She was transported to Jacobi Medical Center, and met her mother there.

Authorities have not disclosed the name of the deceased man or his daughter.