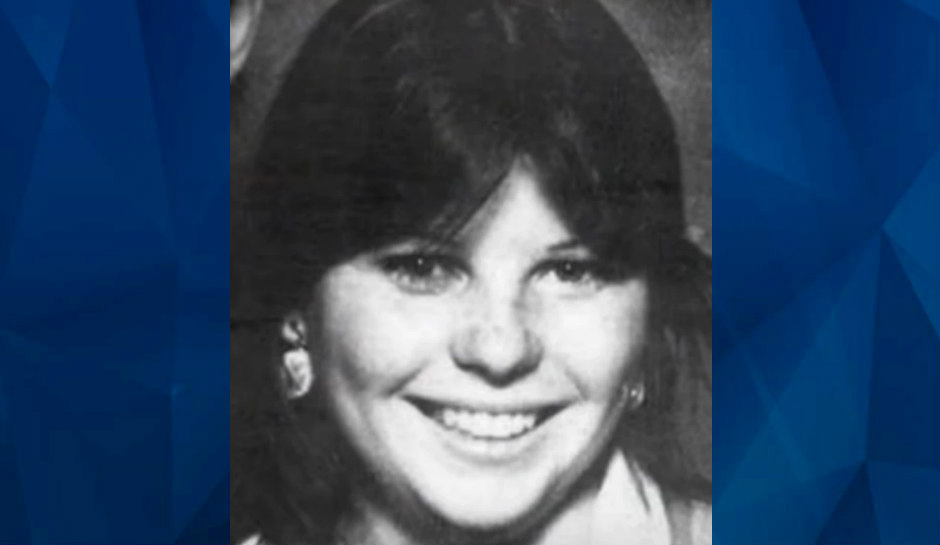 Where is Tammy Mahoney? Teen girl likely gang raped and murdered on Oneida Indian Nation, yet no arrests

A young New York teen who vanished 38 years ago remains missing, but officials are hoping $40,000 will convince witnesses or anyone with any valid information about her disappearance to come forward.

Tammy Mahoney disappeared on May 8, 1981, while hitchhiking on Route 46 in Oneida, at the intersection of Main Street and Fairview Avenue, near the Oneida Indian Nation Territory, according to the FBI.  She was 19 when she vanished and investigators believe she was likely raped and killed on the night she disappeared.

“Why do they believe that? And why gang-raped? Someone had to tell them that. Where did they get that information?” Nancy Grace asked during Monday’s episode of “Crime Stories.”

Tammy never intended to go to the reservation. She was on her way to Hamilton to meet a friend, but accepted a ride from a stranger and ended up a party on the 32-acre area off of Route 46.

For decades, authorities have teased that an arrest is imminent. However, they still need more evidence and desperately need witnesses at the party to talk to them.

Atlanta’s Cold Case Investigative Research Institute Director and crime scene investigator, Sheryl McCollum, said there were likely people at the party who heard or saw something. Witnesses could have gossiped about it but are possibly afraid to give up the names of the suspects, especially if the suspects are in power.

“If those people would come forward to paint this picture of the suspects it would be tremendously helpful,” McCollum said. “If you were 19 or 20 at the time, you’re now dadgum near 60 years old! Stop being afraid and tell this family the truth!” 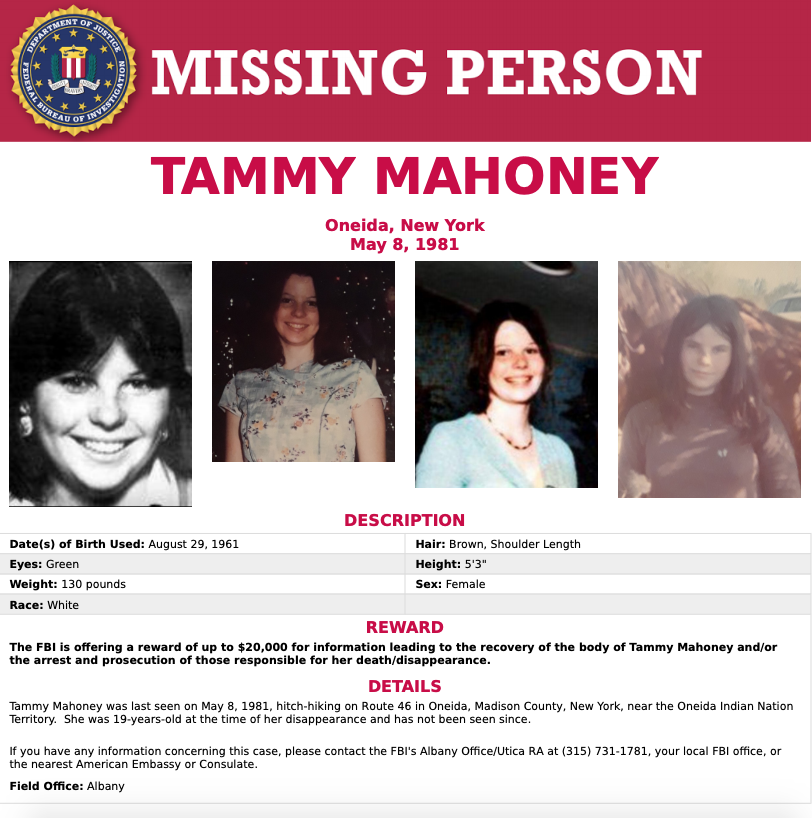 Tammy was considered friendly, popular and extremely vulnerable. Her sister, Debbie Mahoney, said she trusted everyone and that was ultimately the teen’s downfall.

“She trusted everyone. Yes, she got a ride. Yes, she ended up at a party that evening. From there is speculation with witnesses,” Mahoney said.

Tammy was a music lover and an aspiring veterinarian who was attending Morrisville College. She was extremely loved and her absence is still felt daily by her family. They’re still desperately seeking answers. They want to find Tammy. They want to give her a proper burial, but it will take the strength of witnesses to finally come forward.

Officials are offering a $40,000 reward to anyone who has information about Tammy that leads to her body and/or the arrest and prosecution of the people responsible for her disappearance. Anyone with any information is urged to call the tipline at 315-731-1781.