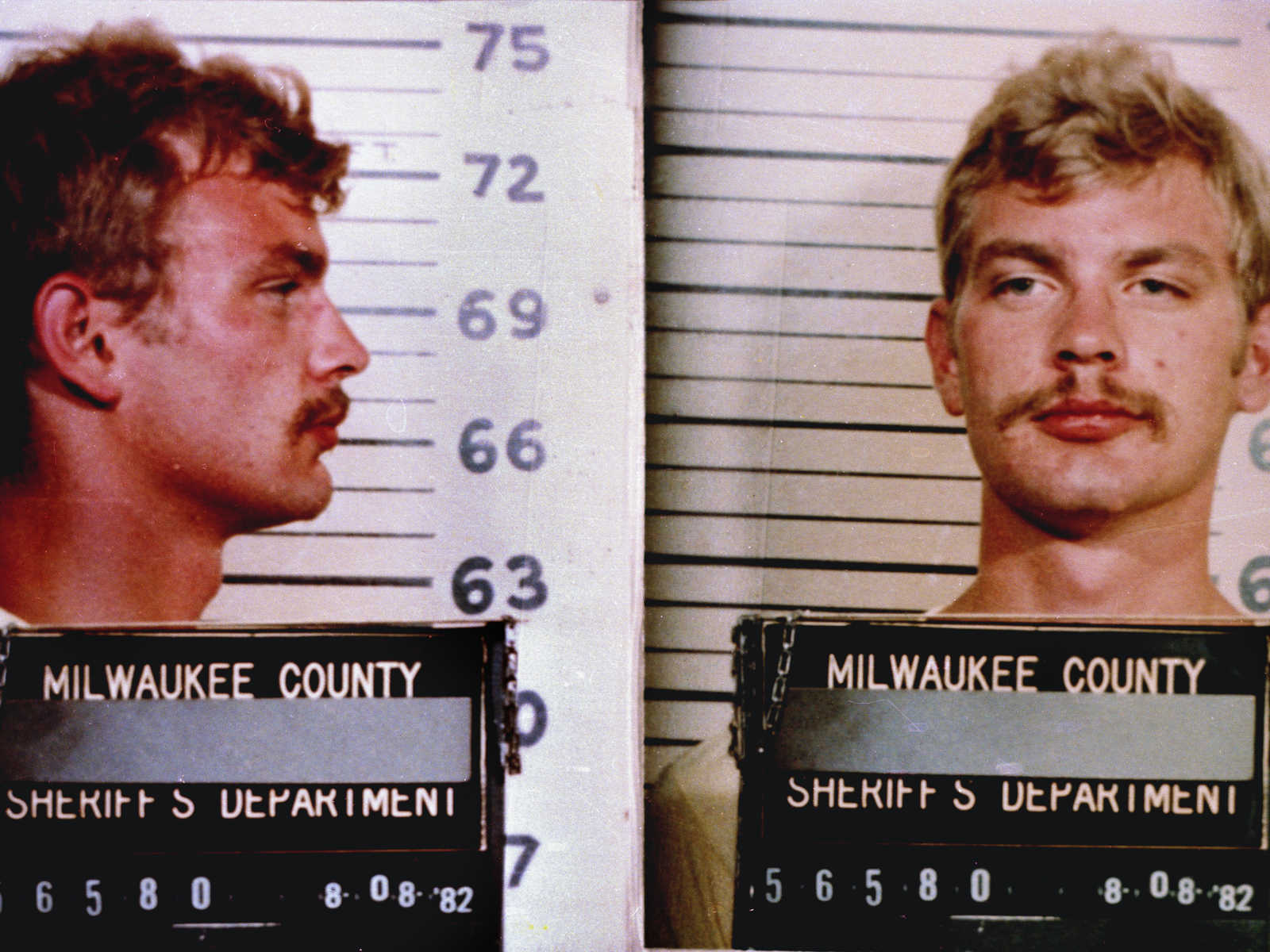 “I had these obsessive desires to wanting to control them … possess them permanently.”

Jeffrey Dahmer, a notorious cannibal serial killer, was responsible for the deaths of at least 17 people. He was captured in 1991 when authorities raided his Wisconsin apartment after one of his victims managed to escape. Once inside, authorities discovered one of the most gruesome crimes scenes in U.S. history.

Dahmer’s first killing place in 1978 after he picked up a hitchhiking teen, 18-year-old Steven Hicks. Dahmer drove to his parents’ Bath Township, Ohio, home and lured Hicks to go with him. They began drinking but after several hours, Hicks said he wanted to leave. Dahmer, who later told police he didn’t want Hicks to go anywhere, strangled him and hit him with a barbell, according to Biography.

Police officers stopped Dahmer the same night on suspicion of drinking and driving, but they let him go without any knowledge that Hicks’ body parts were inside Dahmer’s car, wrapped in plastic bags. Dahmer later crushed Hicks’ bones and scattered them, according to The New York Times.

Dahmer didn’t kill again until years later, at least as far as authorities know. During the 1980s, he killed his second victim but claimed he woke up after drinking to find the man, Steve Tuomi, dead. Dahmer claimed he didn’t remember what happened.

Eventually, the victim count began to grow and Dahmer’s twisted desires urged him into cannibalism. He also began to experiment with evil torture methods, such as drilling into victims’ head while they were still alive.

“I was branching out, that’s when the cannibalism started, eating of the heart and the arm muscle,” Dahmer told Inside Edition in 1993. “It was a way of making me feel that they were a part of me. At first it was just curiosity, and then it became compulsive.”

Dahmer also admitted to saving human leftovers and freezing body parts to eat later. He used saw, hammers, knives, and other tools to chop his victims up.

“I had these obsessive desires to wanting to control them … possess them permanently,” Dahmer said, according to Inside Edition. “As my obsession grew, I was saving body parts such as skulls and skeletons.”

Prior to finding human remains in Dahmer’s apartment, police were called to his apartment at least twice. Each time, Dahmer convinced officers that everything was fine, including a supposed relationship with a half-naked drunk 14-year-old boy inside his apartment, according to the New York Times. Dahmer managed to convince the officers that the boy was fine and they were simply having a spat.

After the officers left, Dahmer killed the boy by injecting injected hydrochloric acid into his brain.

The next and final time police arrived at Dahmer’s apartment, they wore protective gear and oxygen masks as they entered his apartment. Inside, they found the remains of 11 victims at Dahmer’s Milwaukee apartment, off of 213 Twenty-fifth Street.

Body parts found included several boxes of bones, a man’s genitals, lungs and intestines in a freezer, five skulls and skeletons, and a human heart that Dahmer admitted he planned to eat.

Dahmer eventually pleaded Dahmer has pleaded guilty but insane to 15 deaths. In 1994, he was ruled sane and sentenced to 16 life sentences. He was shipped off to the Columbia Correctional Institution in Portage, Wisconsin.

In November 1994, while Dahmer was on work detail at the prison, he was attacked and killed by inmate Christopher Scarver, who bludgeoned him to death with a metal bar.

“I asked him if he did those things ’cause I was fiercely disgusted. He was shocked. Yes, he was,” Scarver said, according to the New York Post. “He started looking for the door pretty quick. I blocked him. He ended up dead. I put his head down.”