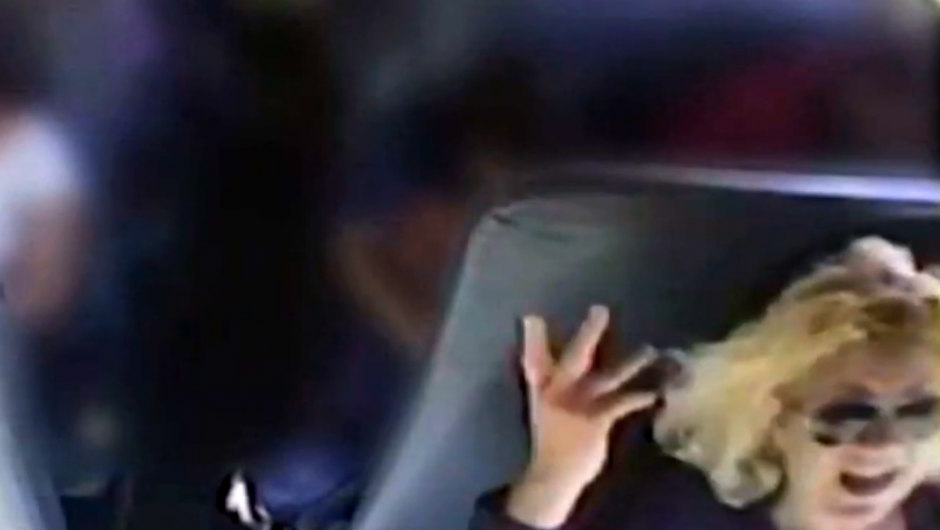 Washington police released a video of an elementary school bus driver who allegedly got behind the wheel drunk while driving a bus full of scared children.

ABC 13 reports that Catherine Maccarone, 48, was arrested on September 12 in Longview after a 10-year-old child called 911 and told a dispatcher that the bus driver was drunk and smelled like alcohol.

“Umm yes hello my mom isn’t talking because she doesn’t speak English but we just got off the bus, me and my friend. And on bus 8 there’s a bus driver, Catherine, she was drunk,” the little boy said.

“She passed three red lights and she got on the side road by the 76. And there’s still kids on there. And I was telling my friend to get off with me — and his sister — but the bus driver wouldn’t let him.”

The video, which obtained by NBC 8, showed Maccarone first talking to herself before the children were picked up, claiming that her “marriage sucks” and her husband was “a son of a gun with a d in front.”

She continued the conversation once the children were seated.

“Did I mention bus drivers have to be a little bit crazy?” Maccarone said to a bus full of children. “I am crazy. I am totally crazy.”

As Maccarone swerved the bus, young children started shrieking and cowering into their seats. Maccarone screamed back with them. She then claimed she wasn’t yelling at the children, but “working with them.”

A spokesperson for the Longview School District, Dr. Dan Zorn, said the Maccarone has never these kinds of issues in the past. The school district has now implemented a new screening process for all bus drivers at the start of each day.

“First of all, I want to tell our parents I’m sorry and as a system, this should not have happened. We’re taking it very seriously and doing everything we can to assure it does not happen,” Zorn said.

Maccarone was subsequently arrested after officers said she had a blood-alcohol level above the legal limit. According to the arrest affidavit, the officers immediately smelled alcohol on the suspect and gave her a breathalyzer, which registered at .09.

The suspect drove around 90 children home that afternoon. No one was physically injured but many children were shaken up and scared.

According to ABC News, Maccarone has since resigned.